Burger King has a funny way of promoting gender equality — because it said something totally sexist about women … as a way to plug a new initiative supporting them.

Yes, this is what honchos at BK’s British office thought would be a good campaign to hype a new scholarship program — tweeting early Monday, “Women belong in the kitchen.” 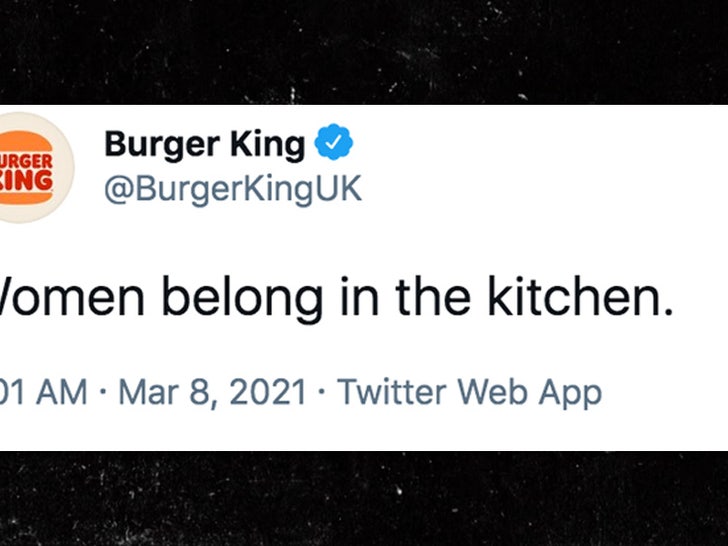 As the Internet started dragging them, BK added … “If they want to, of course. Yet only 20% of chefs are women. We’re on a mission to change the gender ratio in the restaurant industry by empowering female employees with the opportunity to pursue a culinary career. #IWD.”

See what they did there? Piss off everyone with one disgustingly misogynistic tweet, then hit ’em with … wait, we’re doing a good thing!

BK says the scholarship is meant to uplift their female employees, who wanna move past fry cook and be bona fide chefs.

BTW … March 8 is International Women’s Day — a worldwide holiday aimed at celebrating ladies everywhere. For some reason, Burger King ran with this as their #IWD campaign. 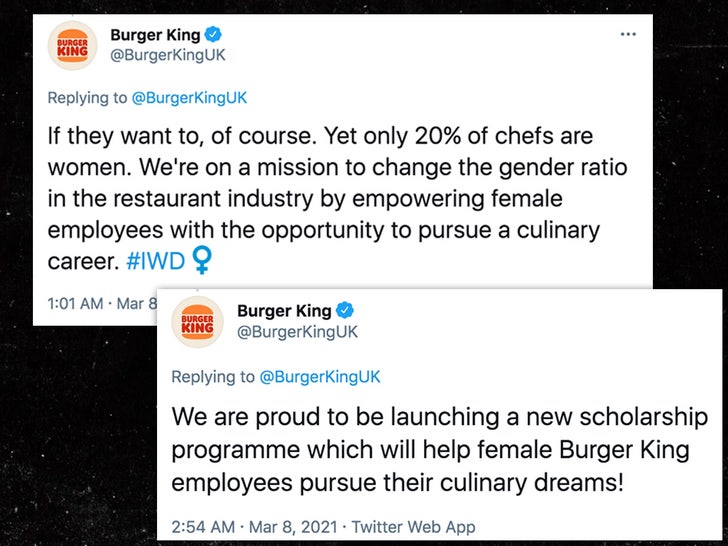 A couple hours after the in-poor-taste rollout … Burger King UK added one last clarifying tweet — “We are proud to be launching a new scholarship programme which will help female Burger King employees pursue their culinary dreams!”

Talk about burying the lede, BK.