“Emily in Paris” scores a nomination while two musicals miss out 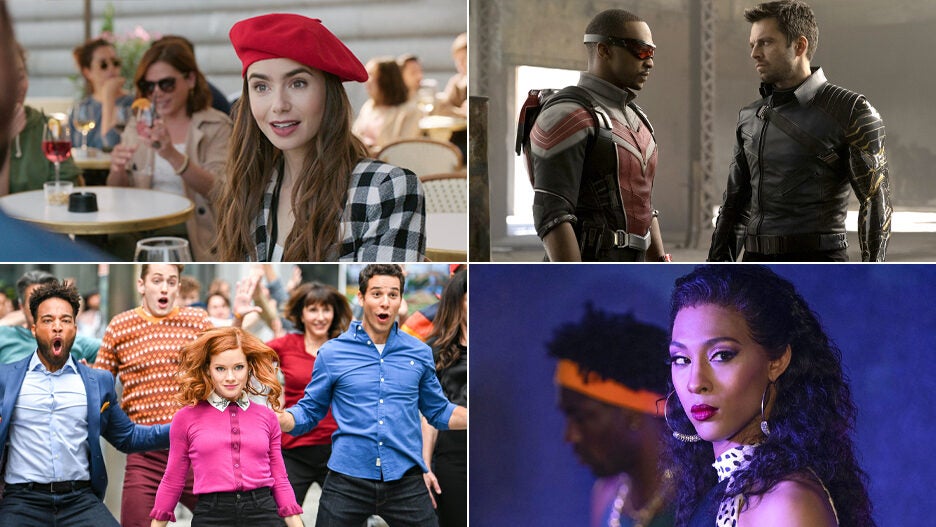 Without recent winners like “Succession” and “Schitt’s Creek” in the running, the 2021 Emmy nominations saw the TV Academy double down on old favorites and recognize new hits. Here are 12 snubs and surprises from this year’s nods.

Surprise: One of the biggest surprises of this year’s nominations was the Outstanding Comedy Series nod for Netflix’s viral hit “Emily in Paris.” The Lily Collins-led series snuck in over other predicted nominees like Peacock’s “Girls5Eva” and NBC’s “Zoey’s Extraordinary Playlist.”

Snub: The Tina Fey-produced “Girls5Eva” was Peacock’s best shot at earning its first Emmy nominations this year, but the TV Academy ultimately passed on the musical comedy, both overlooking it in the series category and leaving out stars Renee Elise Goldsberry and Sara Bareilles from the lead actress race.

Snub: In a rough year for musical TV shows, NBC’s “Zoey’s Extraordinary Playlist” was also snubbed in all the major categories for its final season, with star Jane Levy missing out on a lead actress nod and supporting actor Alex Newell shut out of a “Ted Lasso”-dominated category.

Surprise: The boost to “Cobra Kai” in its move from YouTube to Netflix continued with Tuesday’s Emmy nominations. The “Karate Kid” sequel series picked up a comedy series nomination for its most recent season — the show’s first outside of the stunt categories.

Snub: “The Falcon and the Winter Soldier” earned a handful of below-the-line nominations, but Marvel’s big Emmy nods mostly came from “Wandavision” in the limited series categories.

Surprise: At this point, “Hamilton” getting awards recognition can’t really be called a “surprise,” but the filmed version of the acclaimed show for Disney+ raked in a total of 12 nominations, including for much of the show’s cast.

Snub: “Superstore” fans who were hoping to see the NBC comedy break through at the Emmys this year for its COVID-themed final season were left disappointed in a rough year for broadcast television in the major categories.

Snub: “This Is Us,” which earned Outstanding Drama Series nominations for its first three seasons but was shut out last year, returned to the category for 2021 as the sole representative of broadcast in any of the series categories. But even in a drama-light year, stars Milo Ventimiglia and Mandy Moore failed to make the cut for the lead actor and actress categories.

Surprise: The final season of FX’s “Pose” finally saw the TV Academy recognize a member of the show’s cast other than breakout star Billy Porter. With her lead actress nomination this year, Mj Rodriguez became the first trans woman to ever receive a nod in the category.

Snub: Steve McQueen’s Amazon anthology “Small Axe,” including stars Letitia Wright and John Boyega, was completely shut out of a crowded limited series field dominated by the likes of “The Queen’s Gambit” and “Mare of Easttown.”

Surprise: “The Handmaid’s Tale” has long been an Emmy favorite, but 2021 revealed just how much the TV Academy loves Hulu’s dystopian drama. In addition to an Outstanding Drama Series nod, the show also picked up a whopping 10 acting nominations, including first-time nominees O-T Fagbenle, Max Minghella and Madeline Brewer.