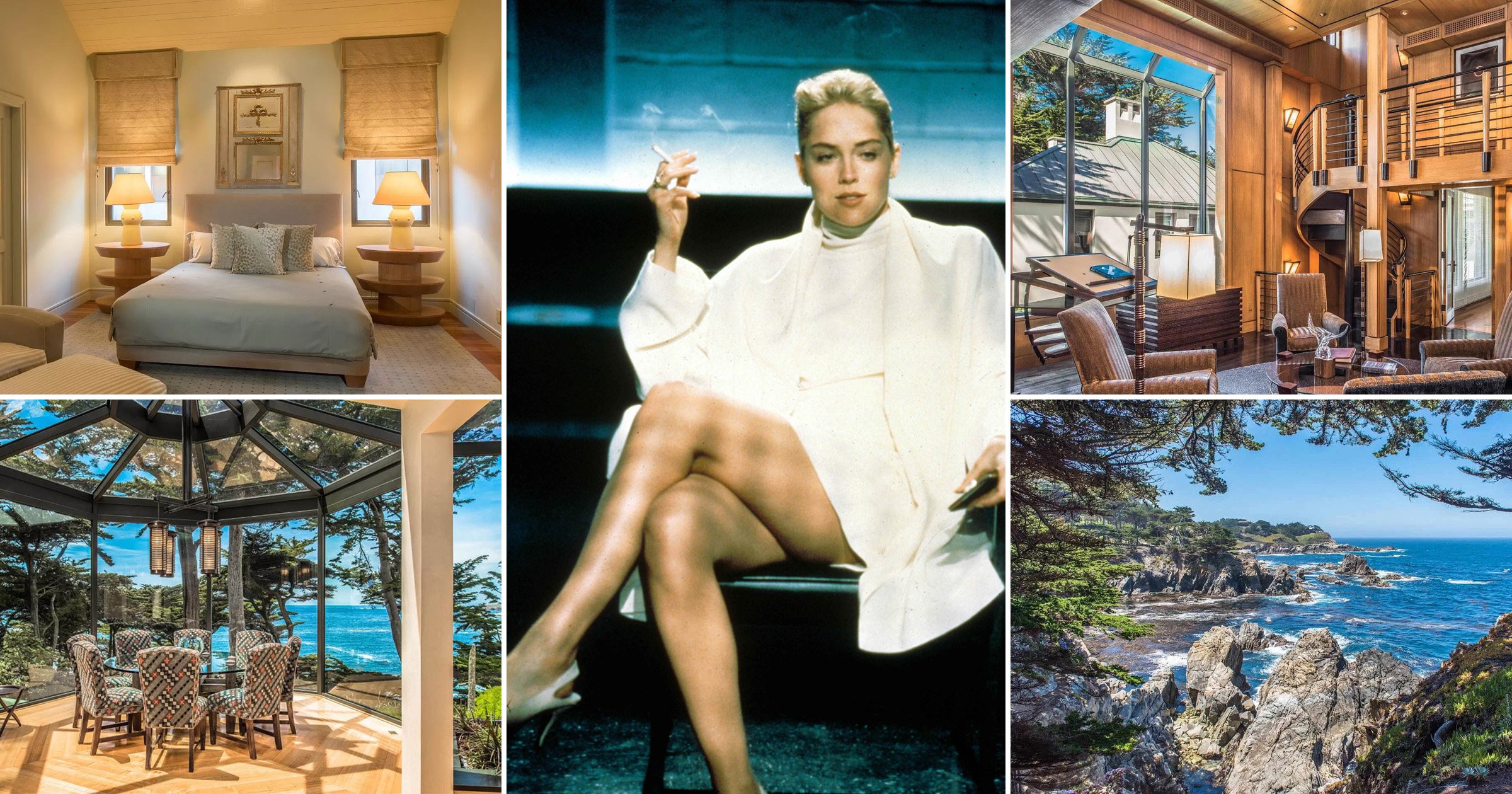 The house where Basic Instinct was filmed is set to go under the hammer 30 years since the movie was released.

The 1992 film features the most paused Hollywood scene in history – when Sharon Stone uncrosses and recrosses her legs while going commando.

The moment takes place while character Catherine Tramell is being questioned by police.

And now, the Lodge at Spindrift mansion is set to sell for £22.6million on the eve of the three decade anniversary of the UK release on May 8.

Jonathan Spencer Properties, the company selling the house says: ‘The Lodge at Spindrift stands as the largest oceanfront residence in the Carmel Highlands.

‘Set on two masterfully landscaped acres and extensively remodelled in recent years, this California Modern masterpiece has been featured in Architectural Digest and served as the backdrop for the 90s thriller Basic Instinct and HBO hit series Big Little Lies.

‘Step outside to enjoy a sensory experience second to none. Meandering pathways lead you through lush, naturally landscaped coastal gardens that inspire.’

In the film, the oceanfront home was owned by Stone’s character.

Known as the Lodge at Spindrift, the sea-view property was first built in 1983 and was less than 10 years old when Basic Instinct was released.

The film stars Michael Douglas as a troubled detective investigating the brutal murder of a wealthy rock star.

Sharon Stone plays the rock star’s girlfriend who toys with the police despite being the key suspect.

The grounds also hold a pool, spa and grotto hidden by lush foliage.

The house is located in the town of Carmel-by-the-Sea, California, which has had Clint Eastwood as its mayor, with other residents including Betty White, Doris Day and Dick Sergent.

It is known for its wacky rules, such as high heels being banned without a permit.

157 Spindrift Road is the largest oceanfront residence in the Carmel highlands and enjoys coastal sunsets all year round.