A$AP Rocky is standing up for his girl 13 years later.

In the rapper’s brand new song D.M.B., he seemingly references one of the most memorable, and awful, things to happen in his girlfriend’s life: the time she got beat up by then-boyfriend Chris Brown. In the track, which stands for DAT$ MAH B!*$H, the 33-year-old says at one point:

The reference, of course, stems back to the infamous attack on RiRi in 2009. At the time, Rihanna and Chris were driving in his car in Los Angeles. After the model picked up her boyfriend’s phone, she found a “three-page text message from a woman who Brown had a previous sexual relationship with,” according to a court doc. The two then struck up a verbal argument before Chris pulled over and tried to force Rihanna out of the car (which didn’t work because she was wearing a seatbelt). The doc explained:

“When he could not force her to exit, he took his right hand and shoved her head against the passenger window of the vehicle, causing an approximate one-inch raised circular contusion.”

He then “punched her in the left eye” before driving off and continuing to punch her in the face. The attack continued for quite a while while Chris’ vicious threats escalated. At one point, he had the songwriter in a headlock about to “lose consciousness.” Chris eventually plead guilty to felony assault and served five years of probation and community service. The whole thing was absolutely horrific.

A few years later, in a documentary titled Chris Brown: Welcome to My Life, the R&B star claimed that assaulting the Fenty founder made him feel “like a f**king monster.” He also insisted that the incident would haunt him forever. While many fans have (somehow) been able to move past the controversy and continue to support the artist, it’s pretty clear that Rocky, born Rakim Mayers, will never be one of them. And probably for good reason considering he’s about to have a baby with Rihanna! She needs the most loving and supportive people around her, especially amid this new transition.

The Barbadian singer was featured heavily in the new music video — sparking some speculation that the couple might decide (or maybe already have decided) to take their relationship to the next level (if the New York native’s alleged scandal isn’t a dealbreaker). Throughout the video, the pair don’t hold back with the PDA, leading to a romantic moment when they smile, showing off gold grills that read “Marry Me?” and “I Do.” OMG!

Later they’re even seen leaving their fake nuptials as friends toss flowers in the air. Ch-ch-check it out:

Now, obviously, this is just a music video, but c’mon, could the duo be thinking about this in real life?! We mean, they’re about to welcome their first child together. It seems like a natural next step.

Reactions, Perezcious readers? Are you surprised A$AP brought up the beating after all this time? Or are you glad to hear his take on the assault? Let us know in the comments (below). 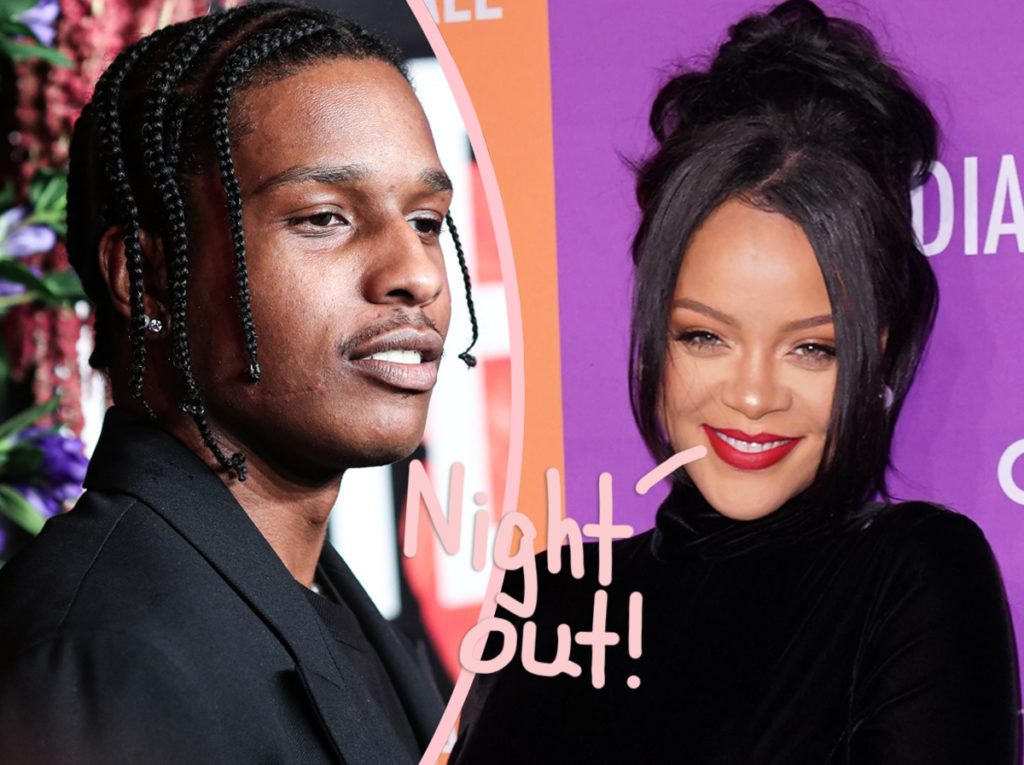 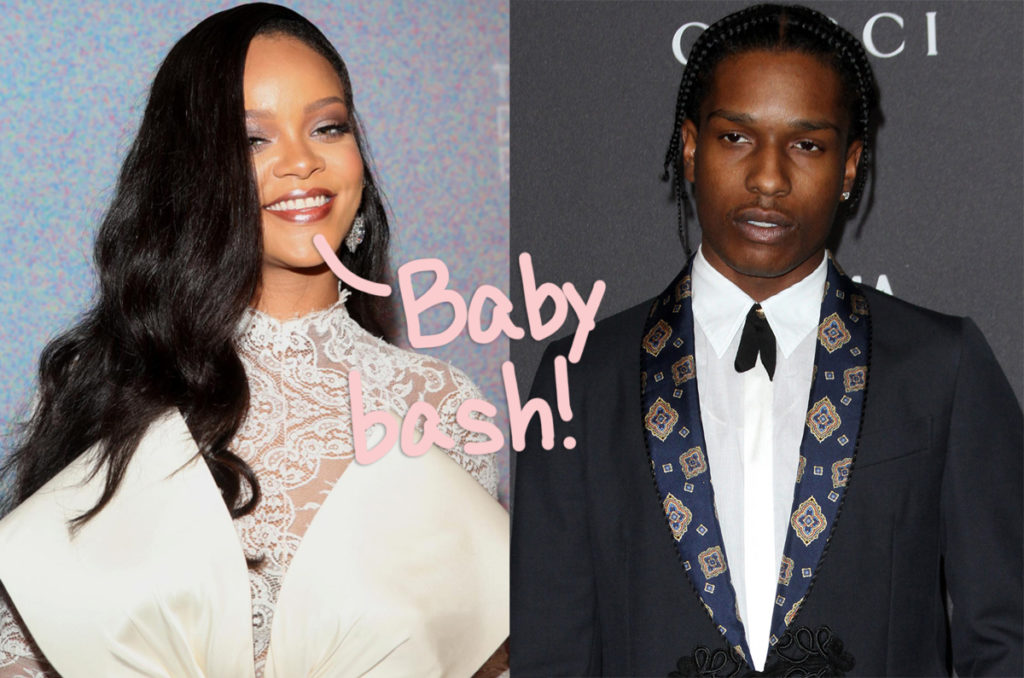 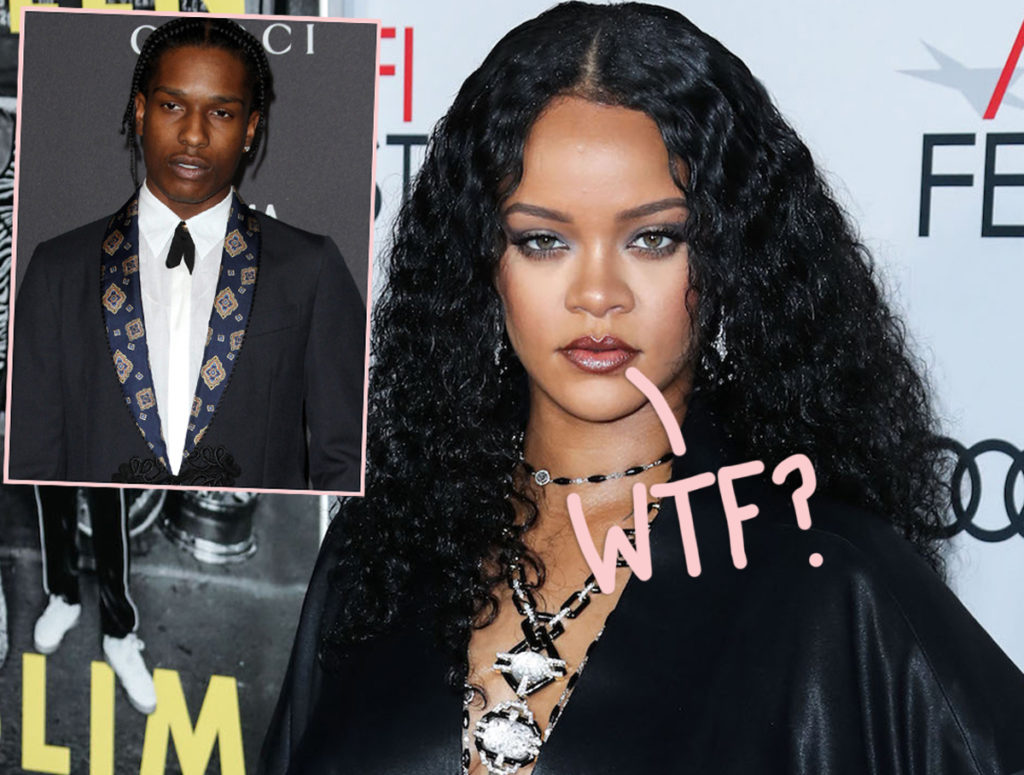 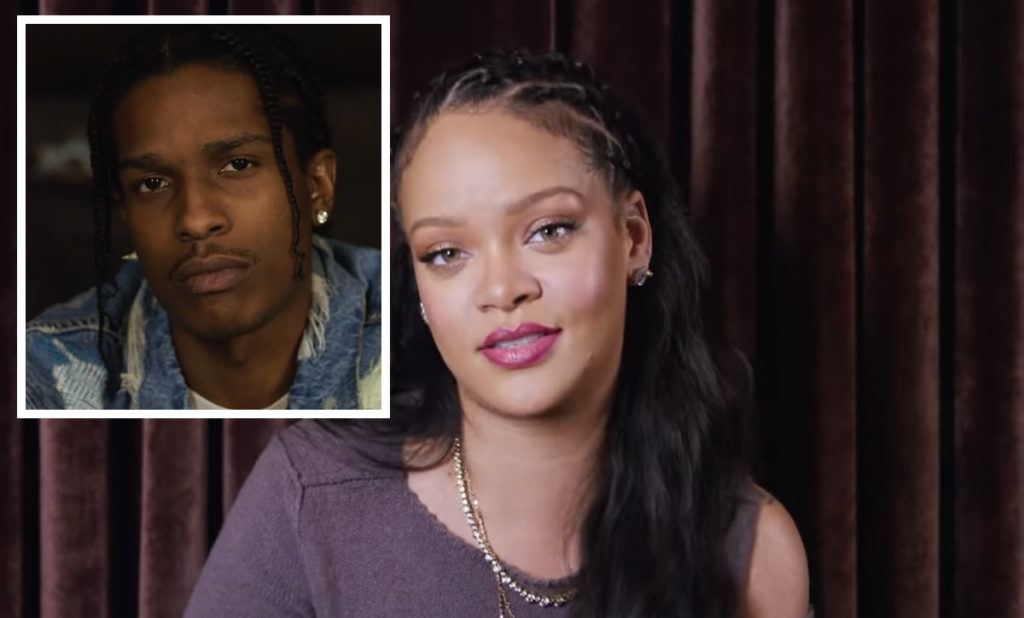