Adele is out and about — and looking chic while doing it. The 33-year-old singer made a rare public appearance as she stepped out for Game Five of the NBA Finals on Saturday.

Adele wore a long black, tan and white patterned coat while watching the Milwaukee Bucks take on the Phoenix Suns at Footprint Center in Phoenix, Arizona. She wore a chic black outfit underneath, and accessorized with strappy black stilettos, a black bag and gold hoop earrings. 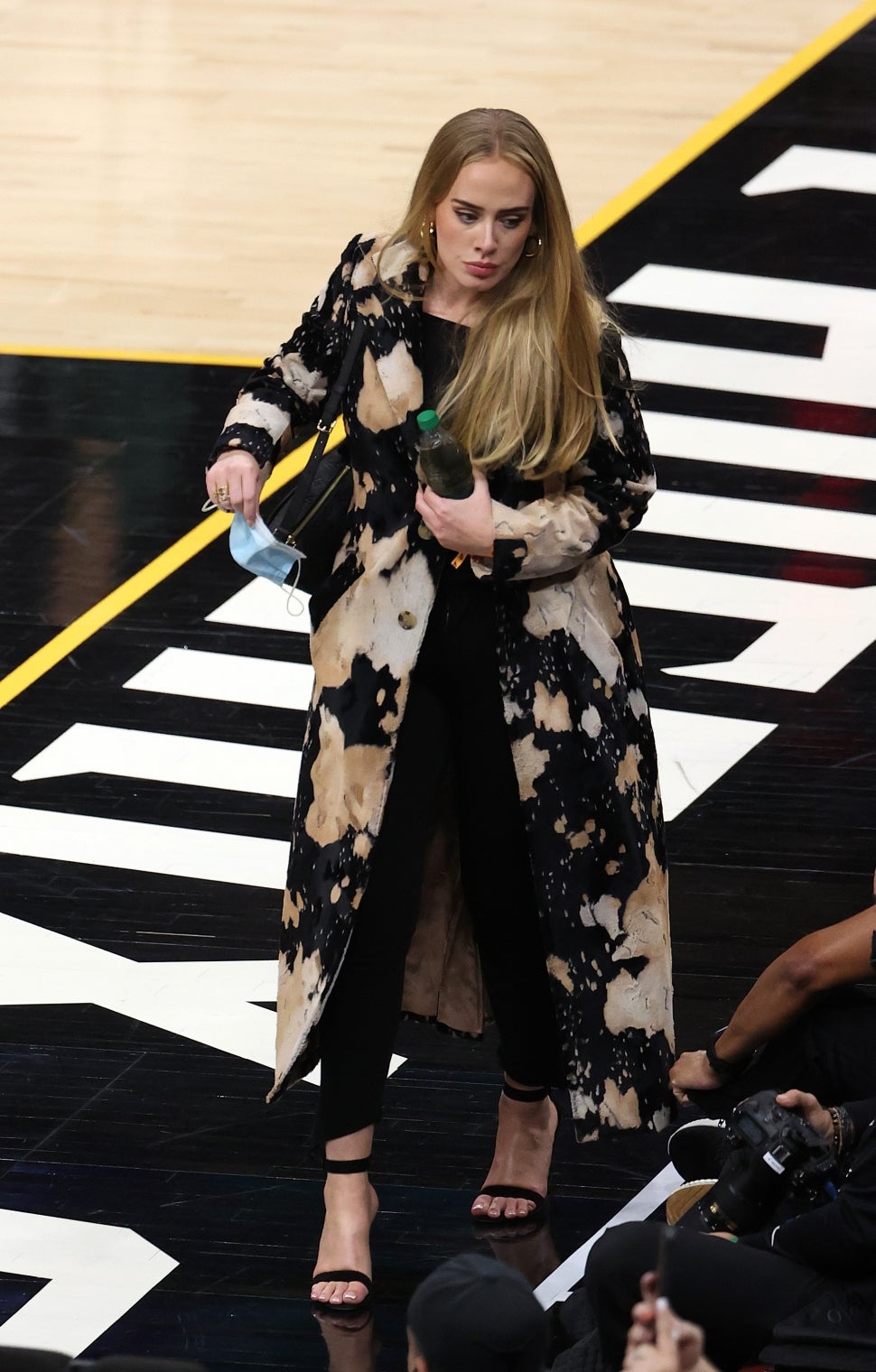 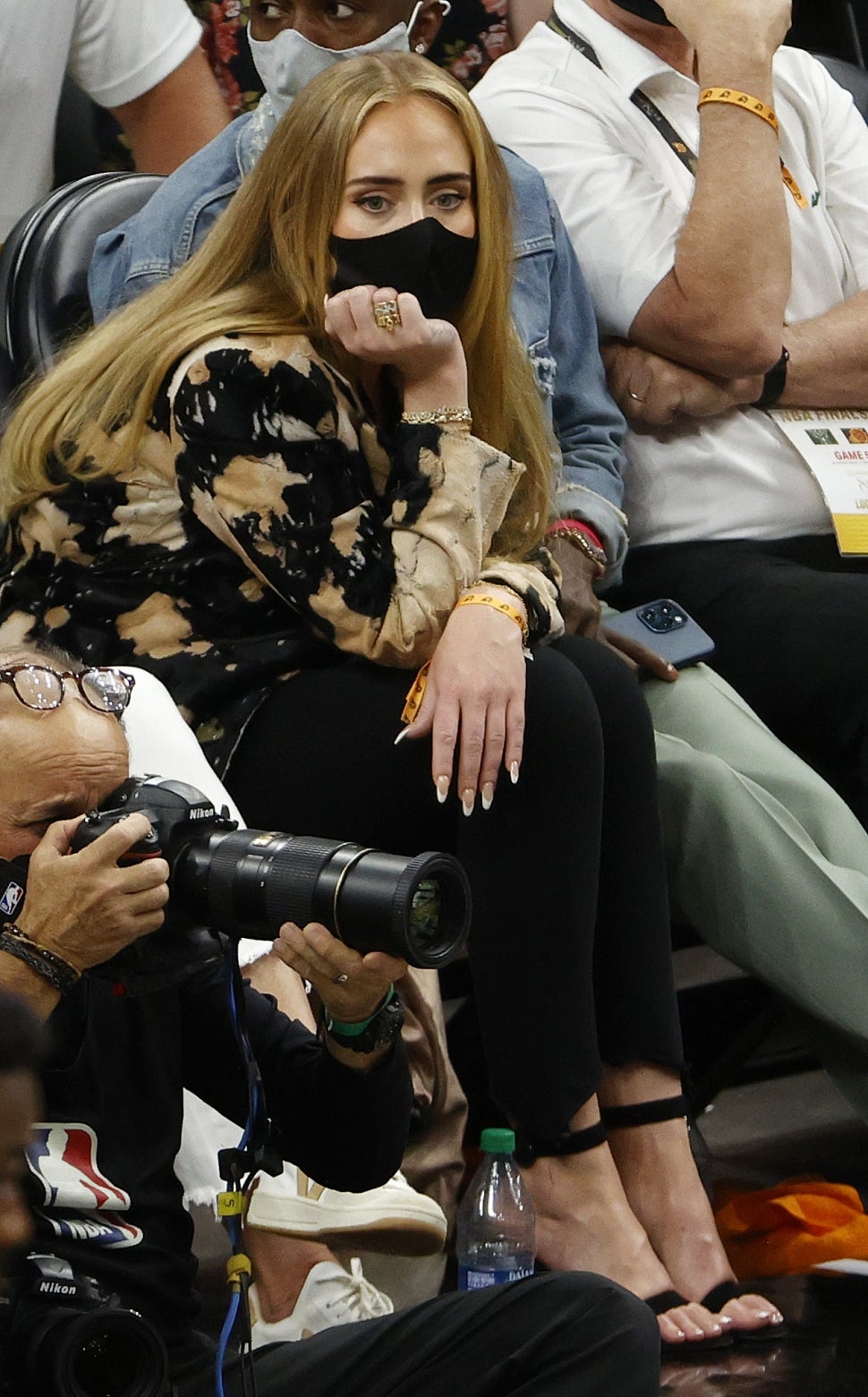 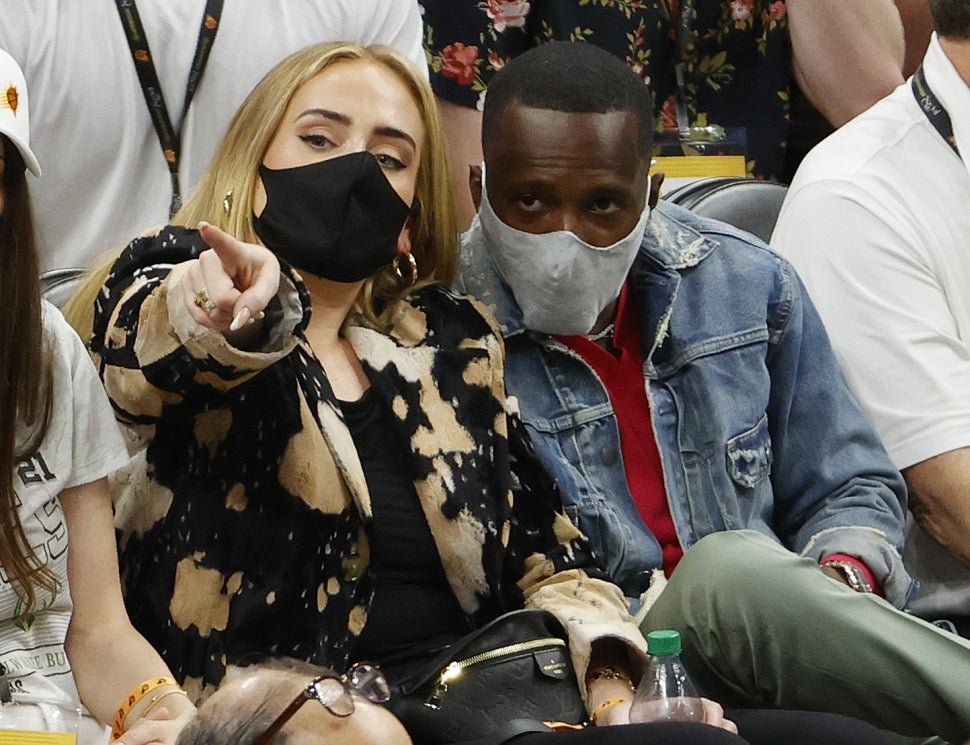 The GRAMMY winner wasn’t the only star in attendance at Saturday’s game. Vanessa Hudgens (who sang the national anthem), Lil Wayne and more stars also dropped by to see the Bucks win 123-119.

The stars are out in Phoenix ⭐️

Kyler Murray, Vanessa Hudgens, Adele, Lil Wayne and LeBron are at Game 5 of the #NBAFinalspic.twitter.com/rWGus0MvVe

Adele has stayed out of the spotlight for the most part over the last few years, though she’s rumored to be releasing new music soon. In a January interview for Grazia UK, Adele’s friend Alan Carr gushed about what she’s been working on.

“I said to her, I said, that voice is like an old friend,” he continued. “Because there are some people in the charts who sound a bit like Adele and you go, ‘Oh, they sound ‘Adele” and then when you hear Adele’s voice again, you go, ‘Oh no, there’s only one. There’s only one Adele.'”

See more on Adele in the video below.