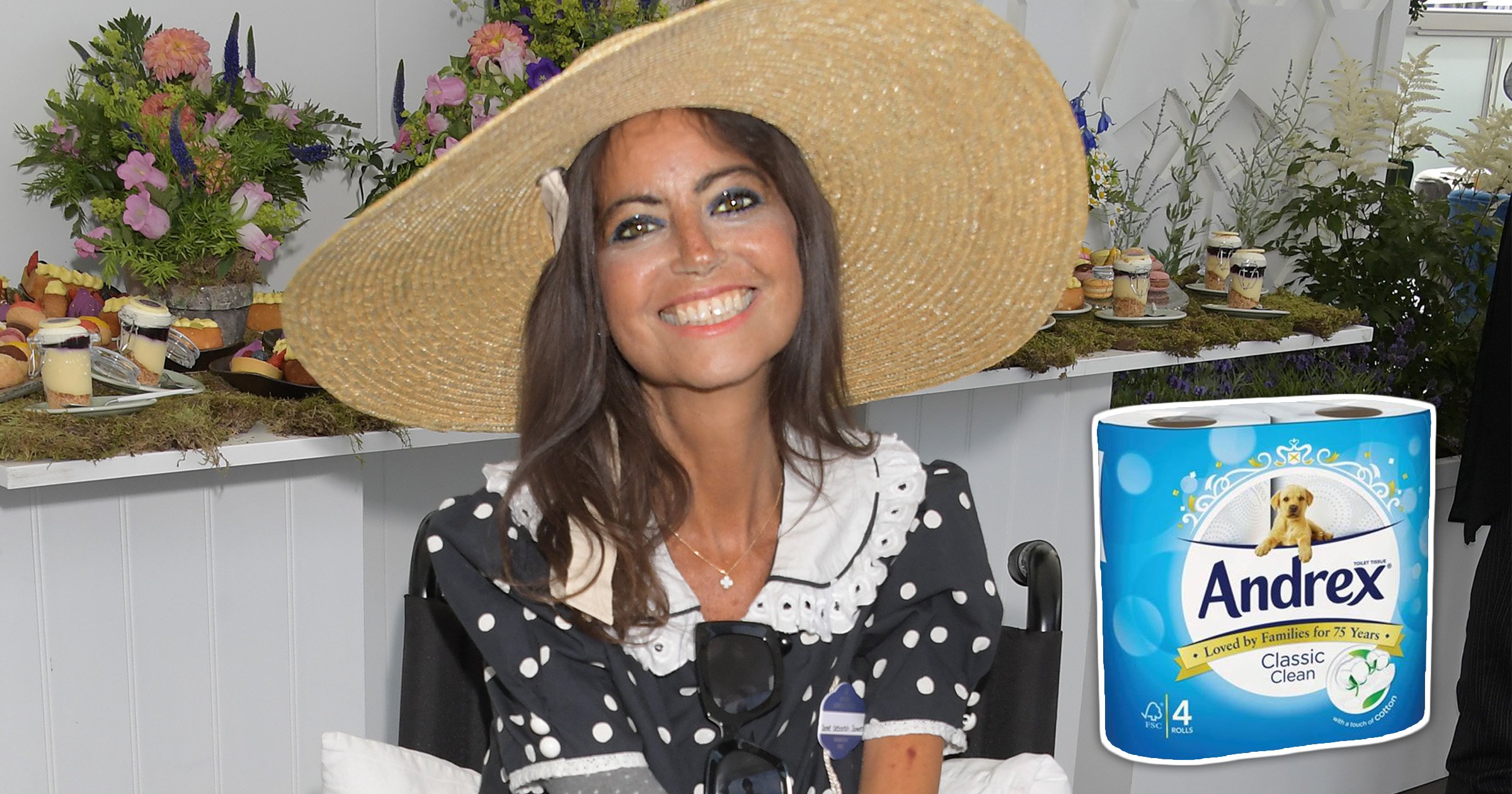 Dame Deborah James has achieved another goal in raising awareness for bowel cancer after Andrex announced it would be putting the symptoms on 29million packs of toilet paper.

The You, Me and The Big C podcast host, 40, is currently undergoing end of life care after battling terminal bowel cancer for five years.

She has raised over £6million for cancer research through her BowelBabe fund and had been lobbying for supermarkets to display the symptoms on their toilet roll packets so that more people were aware of the warning signs to look for, in the hopes of catching cancer early.

Toilet paper brand Andrex has now announced it will make a change to its packaging to display the common signs of bowel cancer, the fourth most common cancer and the second biggest cancer killer in the UK.

Andrex and Bowel Cancer UK have teamed up to put the vital information on packaging, which will start to hit shelves from September, aiming to have it on all of their packaging within the next year, as well as making a £65,000 initial donation to the charity.

Consumers will also be able to scan a QR code on the packs, redirecting them to Bowel Cancer UK’s website where they can find out more information.

The most common symptoms for bowel cancer include bleeding from the bottom or blood in the stools, a persistent and unexplained change in bowel habits, unexplained weight loss, extreme tiredness for no obvious reason and a pain or lump in the stomach.

Dan Howell, VP and Managing Director at Kimberly-Clark said of the partnership: ‘We’re incredibly honoured to partner with Bowel Cancer UK in helping to raise awareness of the disease through our Andrex brand.

‘Bowel cancer is the fourth most common cancer in the UK with the second highest mortality rate. Our announcement today is just the start of our work with the charity, and we’re committed to making it an ongoing partnership.’

‘It’s the UK’s fourth most common cancer, with someone diagnosed with the disease every 15 minutes in the UK.

‘Bowel cancer is treatable and curable especially if diagnosed early, but 60% of people are diagnosed at later stages when it is much more difficult to treat. Part of the problem is low awareness of the red flag symptoms of bowel cancer that should prompt people to contact their GP.

‘This brilliant partnership will help millions of people across the UK know what to look out for and will undoubtedly save lives.’

Dame Deborah had earlier celebrated Marks and Spencer’s decision to add the symptoms to their packaging, adding on Lorraine: ‘It’s the start of things to come, I think we should now do a big shout out to other companies now, saying come on where’s your signs and symptoms.

‘Forget about the puppies, I’m bored of the puppies. We need actual information signposted on those loo rolls so I’m hoping lots of other big brands will now go “yeah, hang on, this makes massive sense. This is what we need to be doing.” I can’t wait to see that happen.’