Angelina Jolie has shown her support for gymnasts McKayla Maroney and Aly Raisman after they testified in a Senate hearing relating to the Larry Nassar investigation.

Angelina Jolie, 46, was “honored” to meet US gymnasts McKayla Maroney, Aly Raisman, and Maggie Nichols after they spoke about the FBI’s handling of the Larry Nassar investigation in a Senate hearing. The Mr. & Mrs. Smith actress took to Instagram on September 16 to share a snap of herself posing with some of the current and former Team USA stars, including Kaylee Lorincz, and Jessica Howard.

“I was honored to meet with some of the brave US gymnasts who appeared before the Senate Judiciary Committee yesterday,” she captioned her social media post. “I’m in awe of their courage and commitment to preventing future failures to investigate abuse. As Aly Raisman said in her testimony, ‘Over 100 victims could have been spared the abuse. All we needed was one adult to do the right thing.’ Sending support and respect to them, and to all who are reliving this trauma so that system reforms can occur.”

The actress noted that while she was in Washington D.C. she was also putting in the work to meet with government officials. “I was on Capitol Hill this week, engaging with Senators on the Violence Against Women Act reauthorization and FBI reforms, including better protections for abused children, non-biased forensic evidence collection, trauma care, and judicial training,” Angelina added. She concluded her post with the hashtag, “#StopViolenceAgainstWomen.” 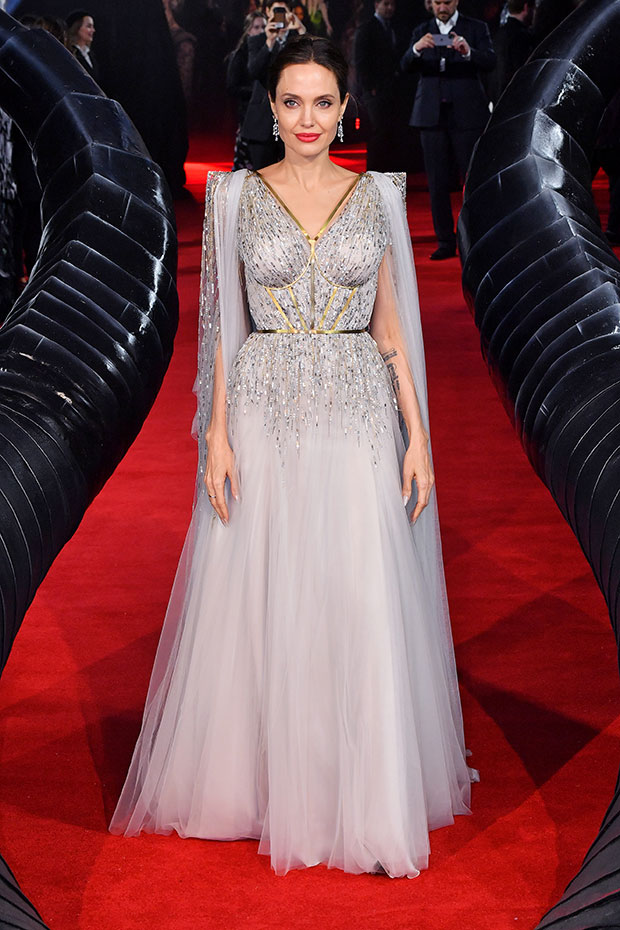 “It was an honor to meet you! Thank you so much,” Maggie Nichols commented on the pic, while another follower wrote, “Angelina thank you for spreading the truth and supporting these girls.” The famed gymnasts took the stand at the Senate Judiciary Committee hearing regarding the Justice Department and FBI’s investigation into the abuse allegations made against Larry Nassar. The former doctor was sentenced to up to 175 years in prison after abusing more than 150 women and girls.

McKayla accused, “USA Gymnastics in concert with the FBI and the Olympic committee” of “working together to conceal that Larry Nassar was a predator.” She testified that after telling her story of abuse to the FBI in 2015, the agency not only didn’t report her abuse but “when they eventually documented my report, 17 months later, they made entirely false claims about what I said.” Simone Biles also delivered heart-wrenching testimony.

“I sit before you today to raise my voice so that no little girl must endure what I, the athletes at this table, and the countless others who needlessly suffered under Nassar’s guise of medical treatment, which we continue to endure today,” Simone said, during her tearful and emotional testimony. “Nassar is where he belongs, but those who enabled him deserve to be held accountable. If they are not, I am convinced that this will continue to happen to others -across Olympic Sports.”