The Marvel Cinematic Universe contains a wealth of superheroes—and villains—and we’ve been lucky enough to see many of these characters on the big screen. But even with the amazing amount of films that have come out of the MCU in the past 10 years, there are still some characters that haven’t yet had their chance to shine.

Recently, Avengers: Endgame writers Christopher Markus and Stephen McFeel revealed that they’re thinking of bringing a new character into the fold. “But what I want to see is the MCU version of a lot of things—how do you make a real movie about Machine Man? Can it be done?” Markus remarked during an interview with Shortlist. 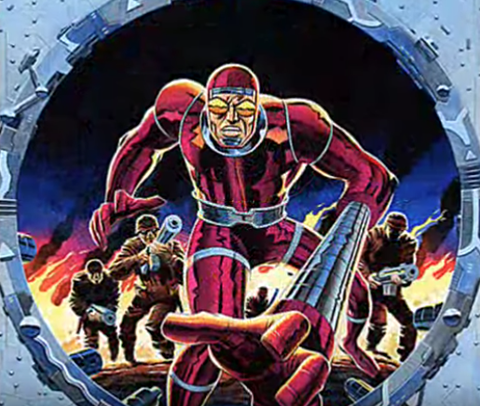 Machine Man, aka Aaron Stack, aka Z2P45-9-X51, first appeared in the comic “2001: A Space Odyssey #8,” which was released in 1977. In the comic, 51 robots were created for a U.S. military project, but Machine Man was the only one that survived. The 50 other robots suffered from an existential crisis when they became sentient, and they were destroyed. Machine Man’s powers include superhuman strength, limb extension, flight, and durability.

As CinemaBlend reports, Machine Man has worked on and with various Marvel groups like the Avengers, S.H.I.E.L.D., Nextwave, and A.R.M.O.R., so it wouldn’t be hard to imagine him as part of an ensemble cast like The Hulk currently is. And with the upcoming slate of Disney+ shows, there’s more than enough room for Machine Man to shine.