The Myers-Briggs Type Indicator (MBTI) test is a personality test that groups people into 16 different personality types. Each type reportedly gives some insights into how a person processes information and makes decisions.

The members of BTS have previously revealed their MBTI types. However, Jungkook recently shared that he took the test again and got a different result than before. Find out what this says about the “Golden Maknae.”

What was Jungkook’s MBTI type before?

Back in 2017, all the BTS members took an MBTI test and shared their personality types.

According to Jungkook, he was an INFP. This type is often quiet and reserved. INFPs are also big picture thinkers and rely on their intuition to make decisions. Additionally, they can be spontaneous and like to go with the flow instead of planning everything out.

However, in 2020, Jungkook shared that his type had changed to an ISFP. This type has many similarities to INFP, but ISFP people are more detail-oriented.

What is Jungkook’s MBTI type now? 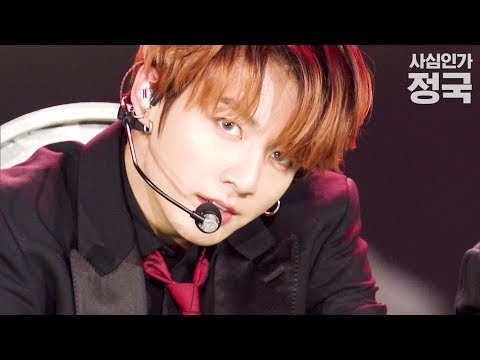 Jungkook has revealed another change to his MBTI type. He recently opened an Instagram account and quickly shared pictures that showed he could have a new type: INTP.

INTP folks are also introverted, big-picture oriented, and spontaneous. Unlike the previous two types Jungkook shared, though, INTPs tend to think logically. When making decisions, they tend to think things through very objectively. Additionally, many INTPs like learning new ideas and challenging their minds.

However, in one Instagram post that is now-deleted, Jungkook said that he might be half-ISFP and half-INTP. According to Truity, some researchers believe people’s types can shift a bit as they age or have new life experiences. It’s also common for people to exhibit different traits in different situations.

What are other BTS members’ MBTI types?

Fans can learn more about other BTS members by exploring their MBTI types.

Jin and Suga are INTPs, much like Jungkook. It’s clear to many observers that Suga and Jungkook can both be very quiet and introspective, but Jin might not seem like he fits this type because of how talkative he can be in front of the camera. However, in this 2018 Radio Disney interview, Jin, Suga, and Jungkook all chose to hang out in their dressing room instead of with other celebrities, which shows Jin can be more similar to Suga and Jungkook than people think.

Meanwhile, RM and V are both ENFP. This means they love being around people, are great communicators, and are also easy-going. Fans can see this in the fact that RM is a leader who keeps BTS together, and V is known for making friends everywhere he goes.

J-Hope’s type is ESFJ, which often includes people who are extremely outgoing and caring. In fact, J-Hope used to be popular in high school and has been called BTS’s second leader.

Finally, Jimin’s type is ENFJ, which is similar to RM and V. The difference is mostly that ENFJs like Jimin tend to be less spontaneous. They value structure and planning, which can make them quite reliable.