Good Morning Britain presenter Charlotte Hawkins, 45, has given her fans an update on her career, as she announced an exciting new venture away from TV presenting on Twitter. The Classic FM host said her new project is her “way” of sending a “hug” to whoever needs one this Christmas time.

In view of her 228,000 Twitter followers, Charlotte posted a sneak peek of the new cover of her album Mindful Moments.

The CD features 45 of her favourite classical tracks which will be out next month as the festive season approaches.

“Thrilled to say I have a CD coming out in time for Christmas! 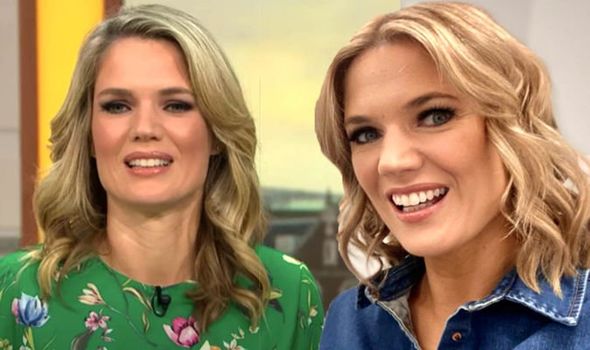 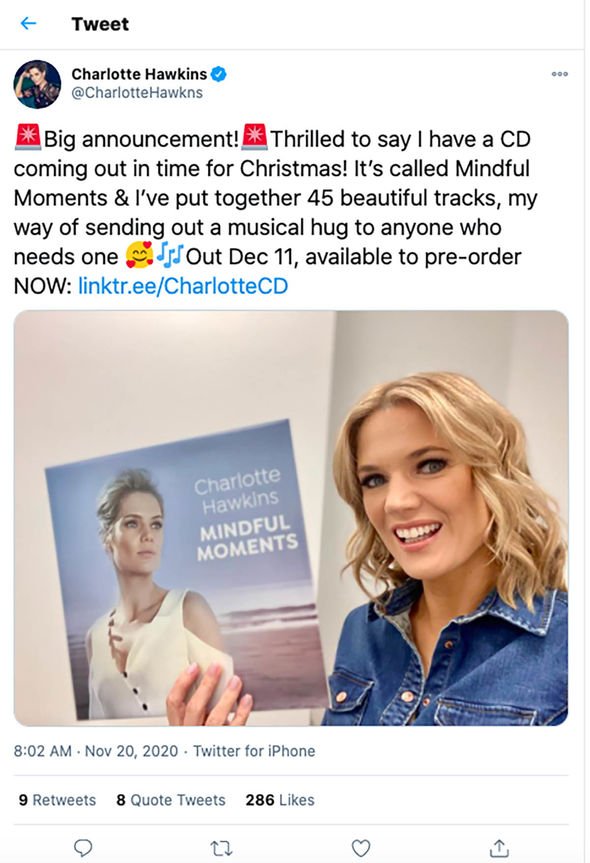 “It’s called Mindful Moments & I’ve put together 45 beautiful tracks, my way of sending out a musical hug to anyone who needs one.”

She concluded by writing: “Out Dec 11, available to pre-order NOW: https://linktr.ee/CharlotteCD.”

Charlotte’s album features tracks from the most-loved names in classical music including, Debussy, Bach and Beethoven. 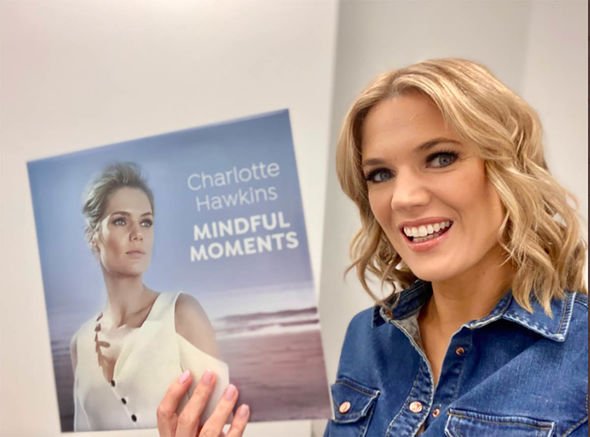 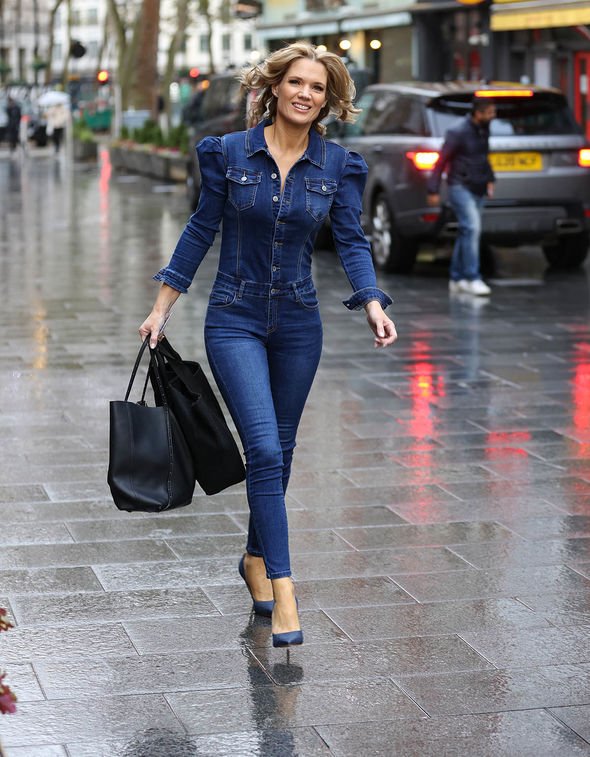 Charlotte says Mindful Moments is an “intensely personal” selection of music for her as it includes her favourite classical pieces and masterpieces that stood out for her from a young age.

It wasn’t long before many fans waded in with their thoughts, as one wrote: “I think we all need some mindful moments after what 2020 has thrown at us, Charlotte!

“Good luck with the compact disc…looks perfect for a listen in a long bubble bath with a gritty crime novel.”

DON’T MISS:
Giovanni Pernice apologises for getting ‘really close’ to Ranvir Singh (LATEST)
Alex Horne on why Daisy May Cooper ‘refused to speak’ on Taskmaster  (REVEALED)
Alex Jones sparks chaos as she claims Queen to appear on Strictly (UPDATE)

Another fan commented underneath: “Just ordered it for my hubby who loves classical music.

“One of his many Christmas presents.”

“Great definitely buying plus your cover picture of you is beautiful,” a third gushed.

Having loved classical musical music all her life, Charlotte joined Classic FM as a presenter in 2018 to host her show on Sunday afternoons from 3–5pm.

This year, Charlotte went on to present Smooth Classics at Seven after the afternoon slot was taken over by John Humphrys.

She began her broadcasting career in 1999 as a newsreader and reporter for LBC Radio.

The following year, Charlotte went on to work for ITV Meridian to co-present the hour-long current affairs series The Big Story.

The host landed her presenting role at Good Morning Britain in 2014 after previously working on Sky News’ Sunrise for seven years with This Morning’s Eamonn Holmes.