Dolly Parton is busier than ever, and she wouldn’t have it any other way. Here’s what the country music star said about feeling “depressed” if she doesn’t keep busy.

Parton enjoys working. During an interview with Lorianne Crook, she says she works so hard because she’s motivated by productivity. Her work gives her energy.

Parton tells People magazine that her dreams continue to come true. She’s grateful for the success she’s had. She chooses to show her gratitude by working and creating music her fans will love.

“I keep dreaming myself into a corner!” Parton tells the publication. “But I can’t stop now. I’ve learned you can’t just say, ‘Oh, my dream’s come true and I’m walking out of here.’ No, you’ve got to show you’re grateful and show that you’re not going to just leave it all in the hands of other people.”

Dolly Parton gets ‘depressed’ if she doesn’t stay busy 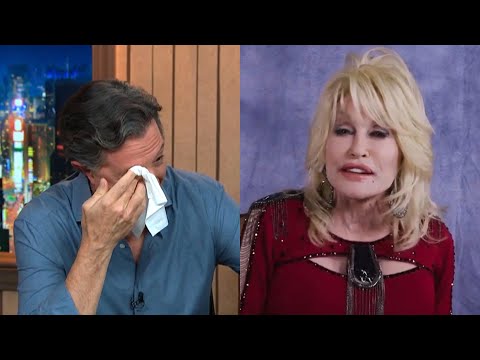 Parton says it’s important for her to remain busy. If she doesn’t have a lot of projects to work on, she says she gets “depressed.” She also gets very bored. For Parton, too much downtime can put her in an emotional space where sadness settles in. “I’m a very creative, sensitive person, and I have to stay busy,” Parton tells Crook. “Boredom isn’t a good thing for a personality like mine to feel.”

Parton recalled a time when she couldn’t work because of an illness. During that period, she had a difficult time channeling her feelings. Consequently, emotional heaviness began to descend upon her.

“One time when I was off sick, I was very bored and I kind of turned all that creativity in on myself,” Parton says during her interview with Crook. “I’m very sensitive, and people like me become very depressed. There’s a lot of sadness involved. I just know that I’m better off when I’m giving, and I feel like I’m being productive because I think too much; I think too deep; I think too hard. And I analyze too much, and I would just rather be busy.”

Parton also says she likes to work because she welcomes a challenge. Every day, she’s ready to see what the day has in store for her. “I just like the challenge of seeing all what I can do,” adds Parton. “I wake up with a new dream every day. I will always be young in that respect. I will always be looking forward to the next day’s light. I wake up looking for what’s out there and I wake up expecting things to go good. And if they don’t, I’m usually surprised.”

Dolly Parton says she never went to a therapist

Although Parton sometimes experiences sadness (she refers to this feeling as “the lonesomes,” which is also the name of a song she released in 2008), she doesn’t see a therapist. In her book, Dolly Parton, Songteller: My Life in Lyrics, Parton says she channels her energy into songwriting when she feels down. For her, “songwriting becomes therapy.” She says she has never seen a therapist because songwriting “heals” her. Says Parton in her book, “I can lift myself up.”