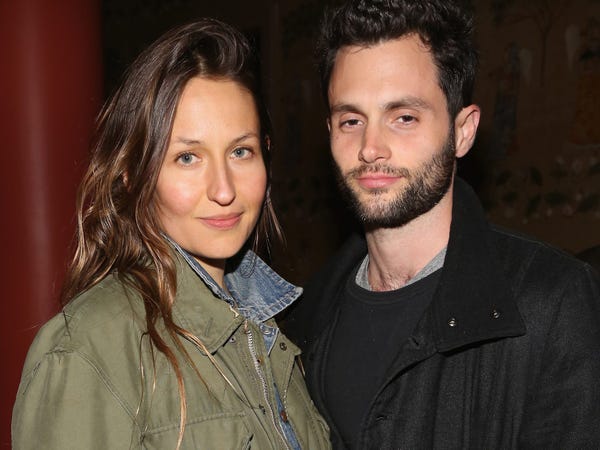 On Monday, Kirke posted an image on Instagram of the 33-year-old "You" star cradling their baby boy, who was dressed in a white and green striped outfit, and staring into his eyes. She captioned the photo with a single white heart emoji.

Badgley's "You" costars took notice and shared their well wishes for the family.

Elizabeth Lail, who starred as Badgley's love interest named Guinevere Beck on season one of the hit thriller show, wrote, "Ah the sweetest!" along with two red heart emojis.

Ambyr Childers, who played Candace Stone on seasons one and two of the Netflix series, commented: "So beautiful!!!"

Kirke and Badgley got married in 2017. She revealed the pregnancy back in February 2020 and opened up about having two miscarriages.

"After two miscarriages in a row we were ready to call it," Kirke wrote. "I stopped trusting my body and started to accept the fact that I was done. As a birth attendant, I've seen and heard it all. It takes everything I've got to detach lovingly from the losses I've been present for and be in my own experience."

She continued: "When I was pregnant at 25, I knew nothing. I had no community. I dove in blissfully unaware about birth and its mysteries. Now, with 10 years worth of experience to pull from, I treasure my birth community and the knowledge I have. You're already teaching us how to stay in the day in a way we've never had to, little one. Thank you."

The couple's baby was born in August and Kirke shared the news in September by posting a photo of art on Instagram with the caption: "His heart-shaped home [heart emoji] #40dayspostpartum #placentaart."

This is the first child for Badgley and the second for Kirke. She also has a son named Cassius Riley from a previous relationship.