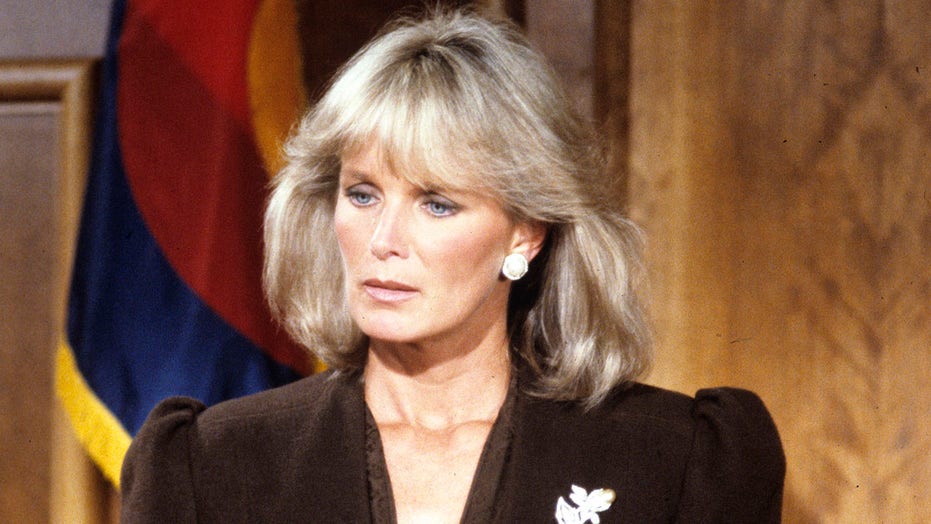 It’s been 40 years since Linda Evans became Krystle Carrington on “Dynasty” in 1981 – and fans still want to know if she really hated co-star Joan Collins.

“We never had one personal fight in the nine years we did the show together,” the actress recently told Closer Weekly. “It was just that when the camera rolled, they wrote us to beat each other up.”

The 78-year-old said she was comfortable rolling with the punches.

“Fight scenes are tricky because you have dialogue while all this activity is going on,” Evans explained. “But I was comfortable with stunts. Joan loves verbal confrontation, not physical, so it was more challenging for her, but she was a trouper. There were always a lot of laughs because it was so absurd.” 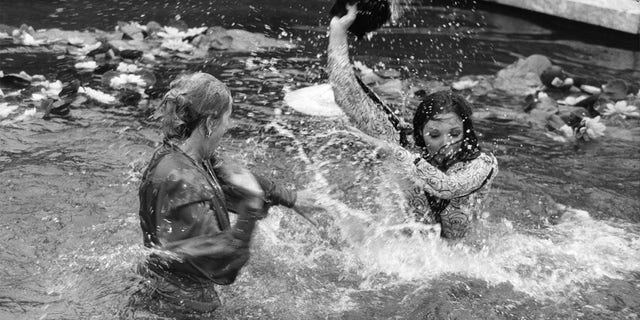 And the star even has a favorite fight scene opposite Alexis Carrington Colby (Collins).

“I think the lily pond was the most fun because it was a challenge,” said Evans. “It was only four or five feet deep, so we had to be on our hands and knees to fight each other. It took an entire day to film but we had fun.”

However, Evans would go on to leave the series a year before it ended in 1989.

“The last three years of ‘Dynasty,’ we were so successful that I had no days off,” Evans told the outlet. “Not to knock it, because it was a gift from God, but I knew I wanted more out of my life. Still, I didn’t know the show was ending or I would have stuck out the last year.” 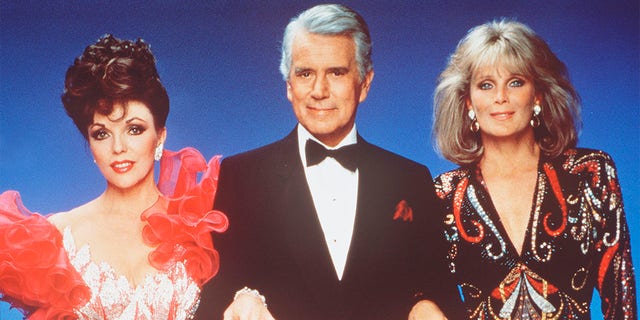 Evans also noted that she was grateful that producer Aaron Spelling took a chance on her when she first took on the role of Carrington.

“I was almost 40, and bless Aaron Spelling because he chose me at my age instead of someone younger,” she said. “And also Joan Collins at her age. He took a chance on two so-called older women. It was an absolute dream come true.”

Evans also developed a close bond with co-star John Forsythe who played Blake Carrington. The actor passed away in 2010 at age 92.

“He was just the most delightful, charming, beautiful human being,” she reflected. “And he was married to an amazing woman, Julie. We got along so well. For years, we traveled all around the world together. Until he passed, we were very, very close friends.” 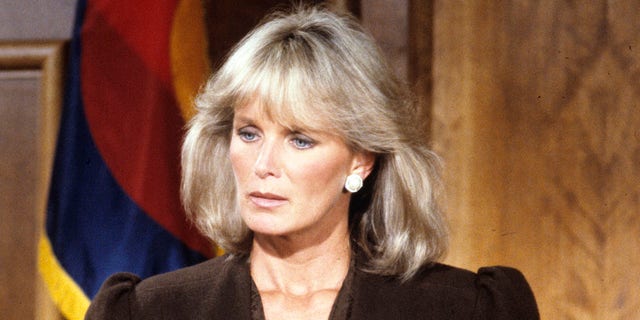 These days, Evans is still keeping busy pursuing new roles and giving talks for women. As for dating, Evans said she’s happily single. She was married twice, first to John Derek from 1968 until 1974 and then to Stan Herman from 1975 until 1979.

“I never knew being alone could be so delightful,” she said. “I’m rich because I have family and friends living all around me. My sister is on one side. My nephew is on the other. One of my dearest friends just moved one block away. We don’t have to have a man, to be happy – not that you couldn’t be with a man – but I’m just happy.”