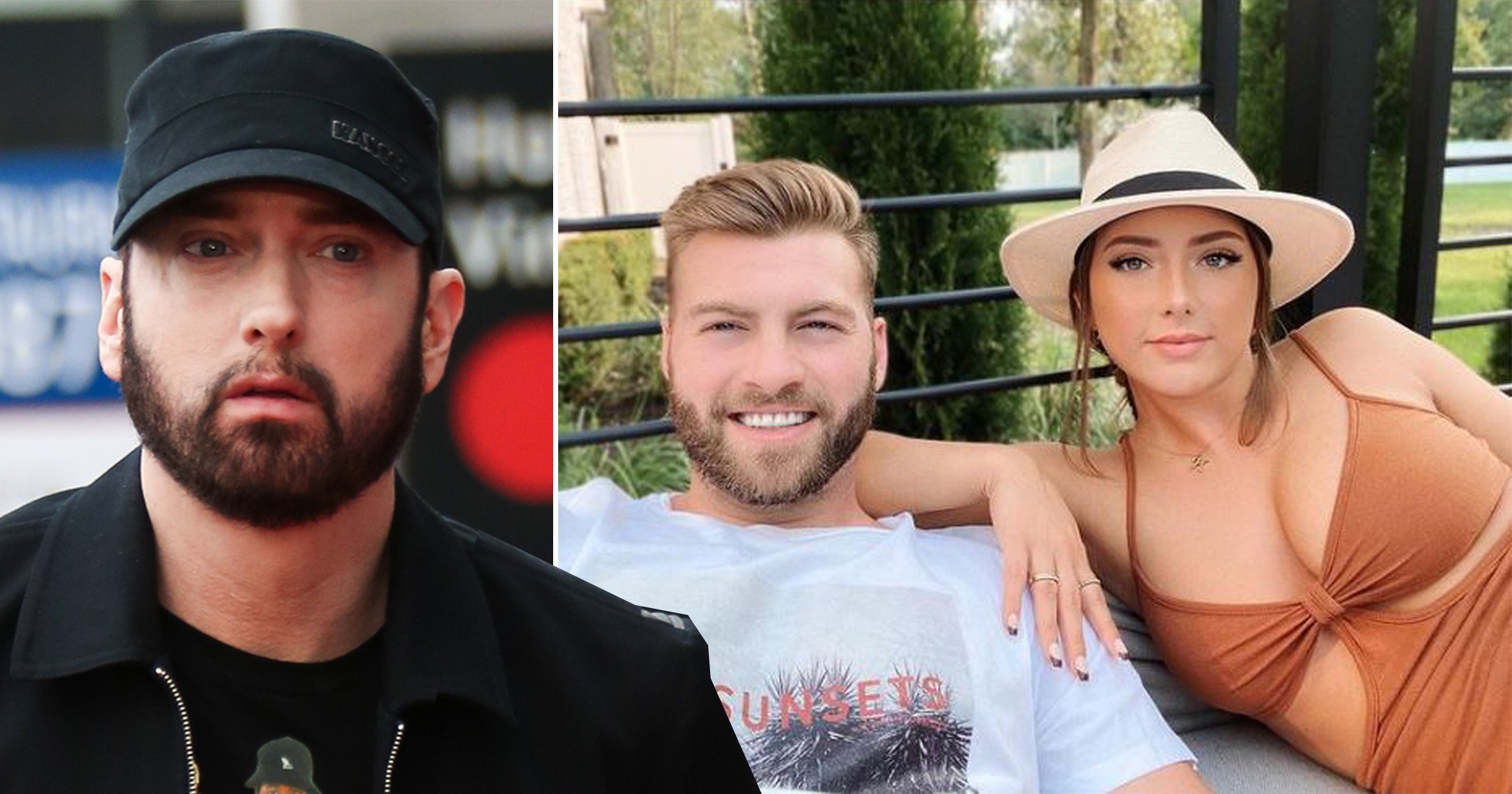 Eminem’s daughter Hailie Jade has blessed her followers with a rare photo of her with longtime boyfriend Evan McClintock.

The 25-year-old, whose father is the Slim Shady rap icon, typically fills her Instagram feed with trendy outfit photos and snaps from her sun-kissed holidays but switched things up on Sunday, treating fans with a rare glimpse of the second most important man in her life (Eminem would be number one, of course).

In the photo, Hailie is seen posing in a cut-out dress and straw hat while placing her arm on her smiling boyfriend, Evan.

She wrote in the caption: ‘I rarely share my feed, but when i do i’m happy it’s with you ❤️‍🔥.’

Fans were loving the insight into Hailie and Evan’s relationship with one commenting: ‘Aww it’s nice to see you happy hails.’

‘You are gorgeous together!’ another said.

However, one joked: ‘He must be so afraid to do something wrong when being around her father.’

Evan probably has little to worry about as Eminem, real name Marshall Mathers, has previously spoken highly of their relationship.

During an appearance on Mike Tyson’s Hot Boxin’ podcast in March 2020, Eminem opened up about his life as a father which he tends to keep fairly private.

‘Hailie is 23, no babies, she has a boyfriend, but she’s doing good, she’s made me proud for sure, she’s graduated from college,’ the Lose Yourself rapper told the retired boxer.

The couple began dating in 2016 after meeting at Michigan State University where Hailie studied psychology and Evan economics.

A source previously revealed to the Mail Online: ‘Hailie’s family have welcomed Evan, they are a fantastic young couple who love cozy nights in rather than hard partying.

‘Hailie wanted to test the water by sharing some of her life on Instagram but is not yet ready to fully put herself out there. She enjoys keeping a low profile, walking her dog and going to fitness classes, hanging out with her friends, and holidaying with Evan.’

In his interview with Tyson, Eminem, 48, also opened up about his other daughters, and continued: ‘It definitely is crazy.

‘I have a niece that I have helped raise too that’s pretty much like a daughter to me and she is 26. And I have a younger one that’s 17 now.

‘So when I think about my accomplishments that’s probably the thing I’m the most proud of is that – is being able to raise kids.’

Eminem shares Hailie with ex-wife Kimberly Scott, while he also has custody of Alaina, his sister-in-law’s daughter; and Whitney, Kim’s daughter from a previous relationship.