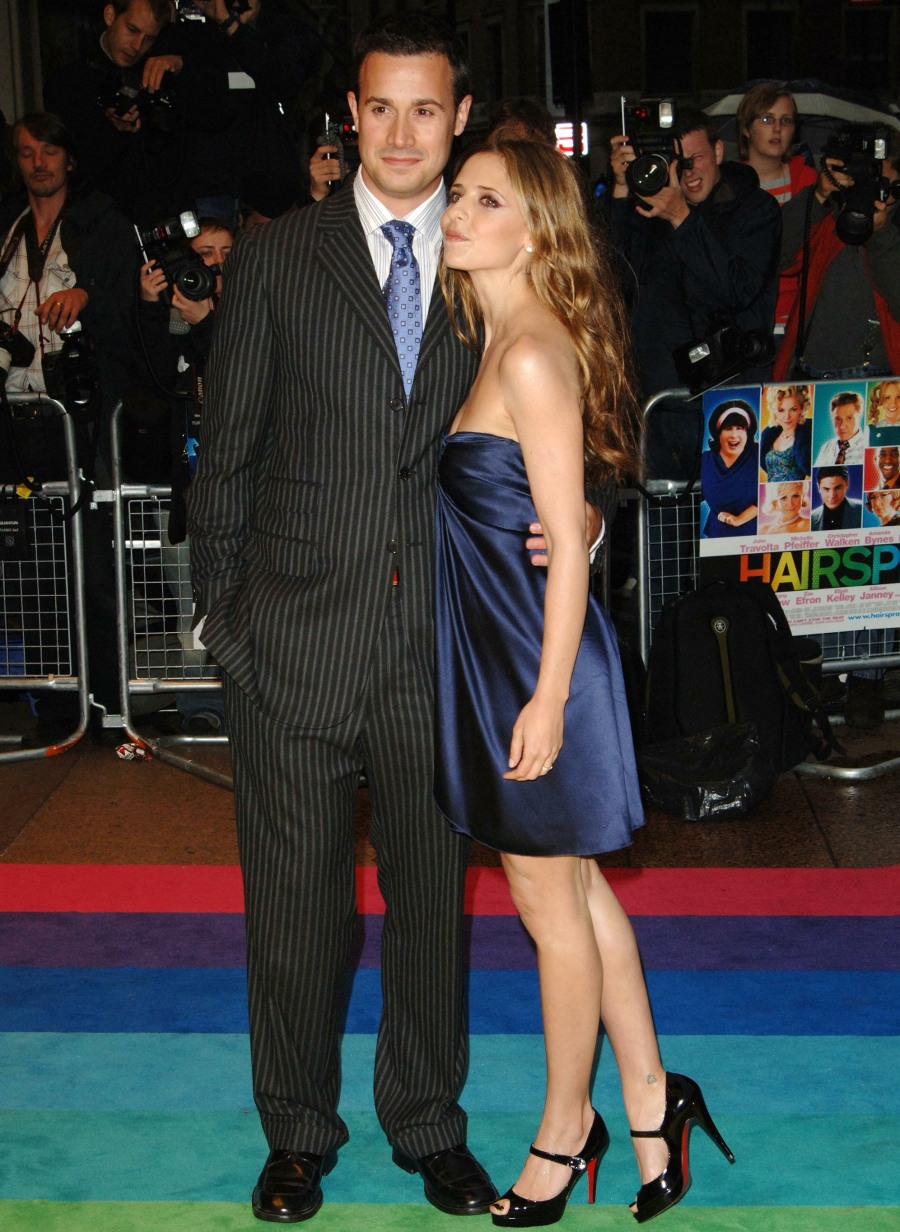 One of the quietest and most interesting marriages in Hollywood is the marriage of Sarah Michelle Gellar and Freddie Prinze Jr. They’ve known each other since 1996. They started dating in 1997/98-ish. They got married in 2002. They have two children, Charlotte and Rocky. We rarely hear any gossip about their marriage or their kids. They keep their sh-t on lockdown, but even that’s done in a lowkey way – they’re not making a performance out of how secretive they are, they just don’t f–king talk about it. And it’s remarkable that their relationship has lasted 20-plus years IN HOLLYWOOD, the land of the three-month marriage. Anyway, with all that being said, Freddie Prinze Jr. is talking about his marriage and their home life. He chatted with Us Weekly recently. Some highlights:

They’re private people: “For Sarah and I, we’re very private people. We try to make each other laugh, and we both kind of knew who we were. Hollywood’s a crazy business ’cause there’s very few locals here. … And we can pick you out of a crowd. It’s like a lion seeing the weak gazelle. So, when you come out here, and you don’t know who you are, this business will define you and it will put its fingerprints all over you. It wants to do that. It needs to do that. And if you do know who you are, then you can kind of control your own destiny much more easily. The same rule applies in a relationship. If you don’t know who you are when you get in that relationship, odds are the other person is going to have a big hand in defining what kind of person you’re going to be. Or, and worse, if you pretend to be someone else, that’s a lie you’ve got to live forever if you want that relationship to work out forever. So, knowing yourself is sort of the key to doing it.”

His wife doesn’t mind that he’s a gamer: “I played video games since I was a little boy. Sarah knew I played video games. If she ever gave me a hard time about playing video games, Sarah and I would not be together. Period. There would be no us. We’d just be friends ’cause I’m not giving up something I love because you don’t think it’s cool. And conversely, Sarah likes what she likes. I don’t trash reality television. I don’t trash any. If she digs it, cool. If you love and respect someone, what brings them joy should make you happy, whether you’re involved with it or not. So, let your girls watch what they want to watch. Let your dudes watch what they want to watch. Don’t give them a hard time. And if you find yourself in one of those relationships, maybe it’s time to have a conversation.”

He cooks & cleans most of the time: “I was born here in California, so it was nice to finally learn the correct way to do things and it’s way easier [to use a dishwasher]. And it’s way less work for me. I cook and clean most of the time. Although, Sarah sometimes will do the cleaning. If I cook, she feels bad for me, takes pity on me. But most of the time I just try to do both just to knock it out and get it out of the way. And it definitely made our lives easier.”

So, he’s a gamer and he cooks and cleans and he’s presumably a hands-on dad, and that’s how their marriage works, basically. I actually like the basic gist of what he says: don’t get involved with someone if you’re going to try to change them, and go into relationships understanding that everything won’t be perfect all the time and that neither of you are perfect people. Oh, and know thyself. What’s remarkable about that is that – again – they were SO YOUNG when they met. Knowing yourself at that age is difficult, but they did it. 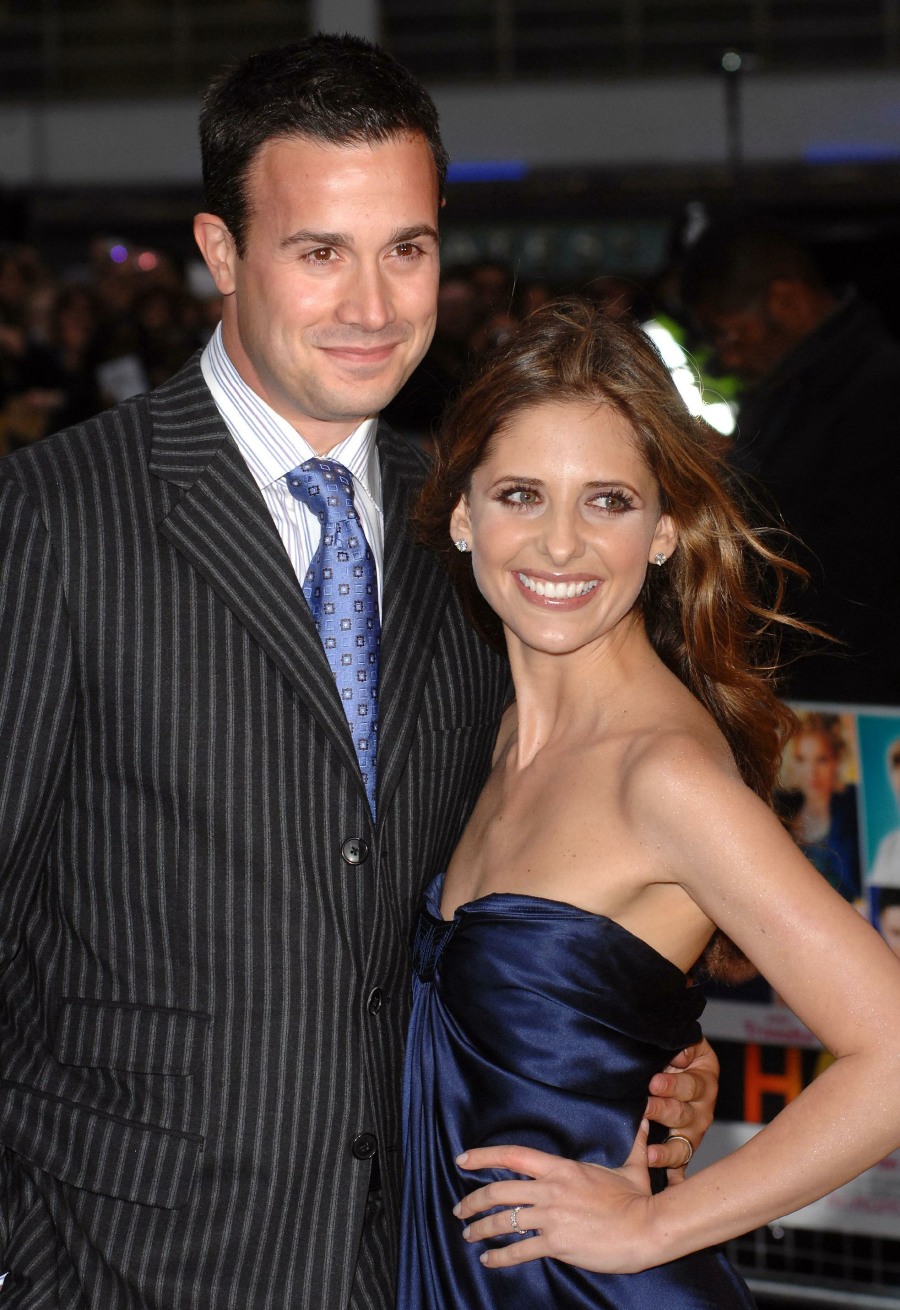