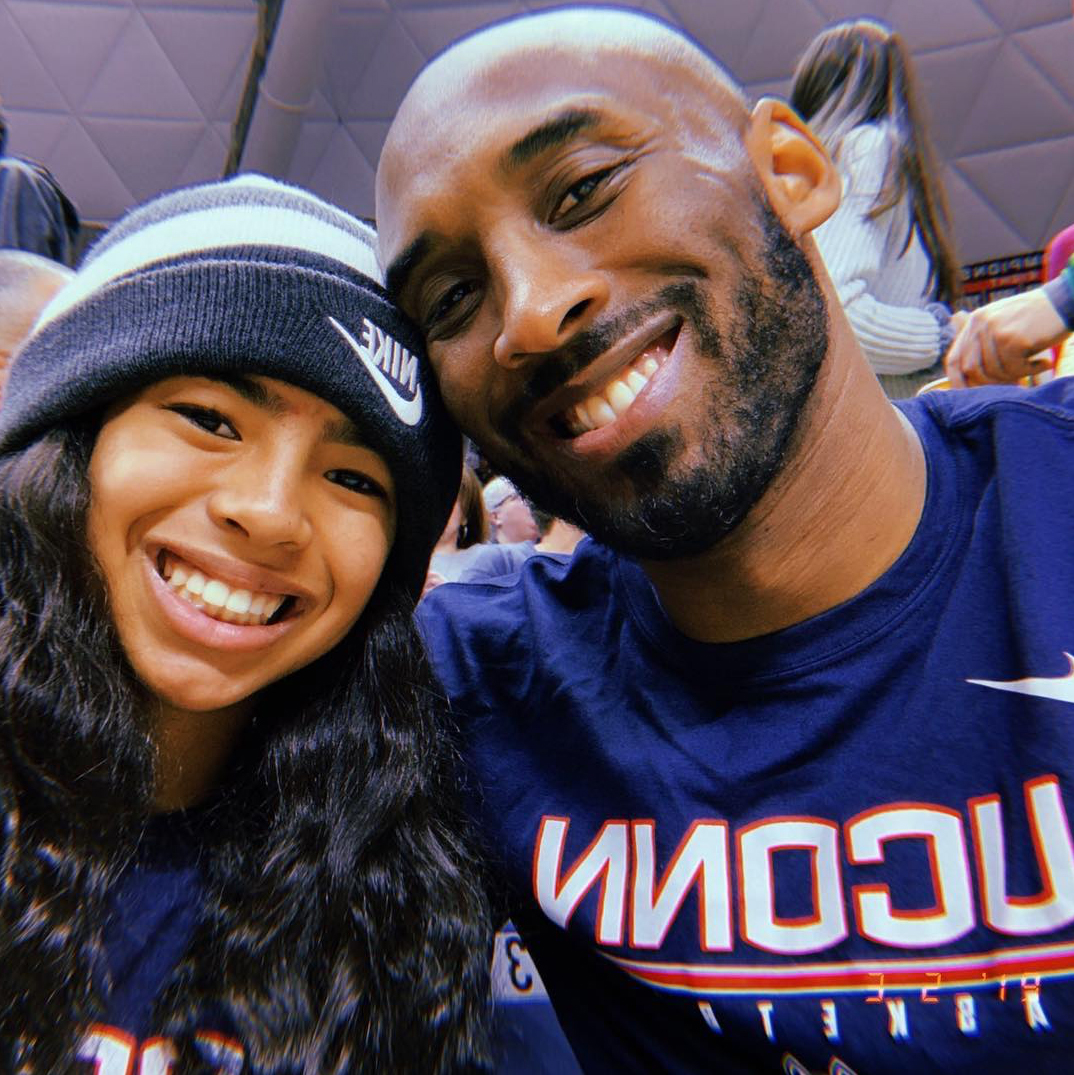 Forever a Husky. The University of Connecticut women’s basketball team paid tribute to Kobe Bryant and his daughter Gianna in the most special way after the pair died in an unexpected helicopter crash on Sunday, January 26.

The UConn Huskies faced off against Team USA in Hartford, Connecticut, on Monday, January 27, and made a point of honoring of the two longtime UConn fans before tipoff. The all-star collegiate team draped a jersey over a chair on the side of the court beside a bouquet of white flowers. The number 2, which Gianna wore on her Mamba Sports Academy team, was emblazoned on the front. 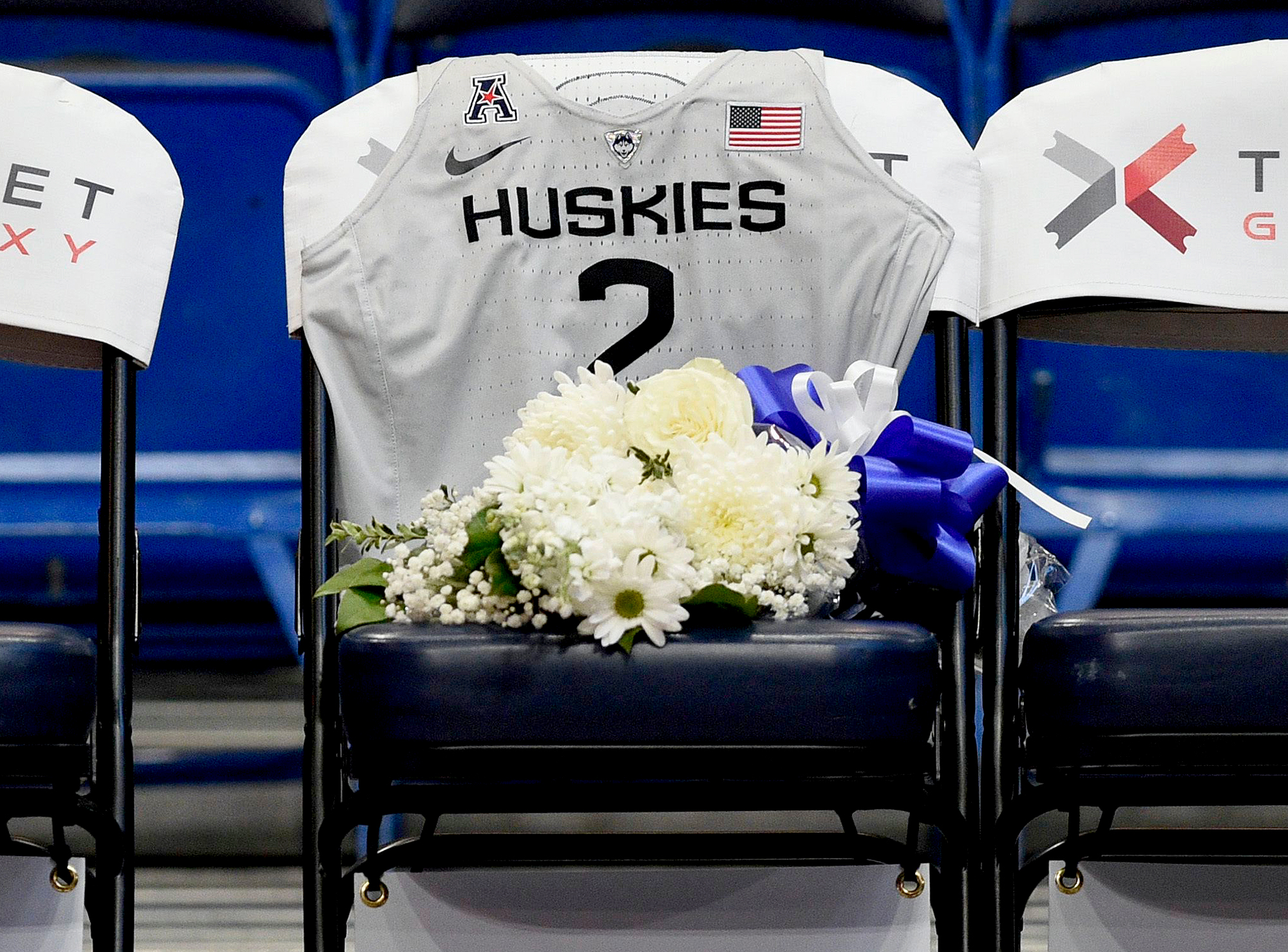 “Mambacita is forever a Husky,” a tweet from the UConn women’s team read on Monday night, referring to Gianna’s nickname. Her father was known as the “Black Mamba” throughout his two decades in the NBA and had filed for a trademark of his 13-year-old’s pet name one month before they both passed away.

Before the game began on Monday night, ESPN reported that members of both the NCAA team and Team USA joined hands in the center of the court to take part in a 24-second moment of silence in Kobe and Gianna’s memory.

“Yesterday we learned of the tragic and sudden deaths of nine people, including Kobe Bryant and his daughter Gianna,” the announcer said somberly. “A legendary talent and two-time Olympic gold medalist, Kobe was an inspiration to many of the people on the floor tonight. He was an advocate for women’s basketball and did as much to grow the game globally as anyone in recent memory. He and Gianna were tremendous supporters of UConn, friends to both teams, and their untimely deaths leave us heartbroken.”

Kobe and his second oldest daughter shared a mutual love for basketball, and the Los Angeles Lakers star even coached Gianna’s AAU team. The pair were on their way to a game at the Mamba Sports Academy when their helicopter crashed and caught fire. The middle schooler had high hopes for her future in the sport and wanted to play for the UConn Huskies — one of the most highly regarded women’s basketball programs in the NCAA — after high school.

Before Monday’s game in Connecticut, legendary Huskies coach Geno Auriemma told ESPN that he saw something special in Gianna, who would often attend UConn games with her dad.

“Gigi started to show a tremendous interest in the game,” Auriemma, 65, said. “Our kids were fascinated by her, and obviously for a little girl to be in the company of those players, I can’t put myself in her shows, but it must have been an unbelievable thrill … This little girl who’s looking up to these players like they’re superhuman.”