Hailey Bieber embraced fall in L.A. with her latest look.

The model was spotted in a trendy seasonal fit with her husband, Justin Bieber, in West Hollywood Sunday night. For the night out, Bieber paired a cropped shearling-lined leather jacket by Jacquemus with oversized light-wash jeans and white sneakers. She accessorizes the look with an olive-green Jacquemus bucket hat and a matching green clutch. 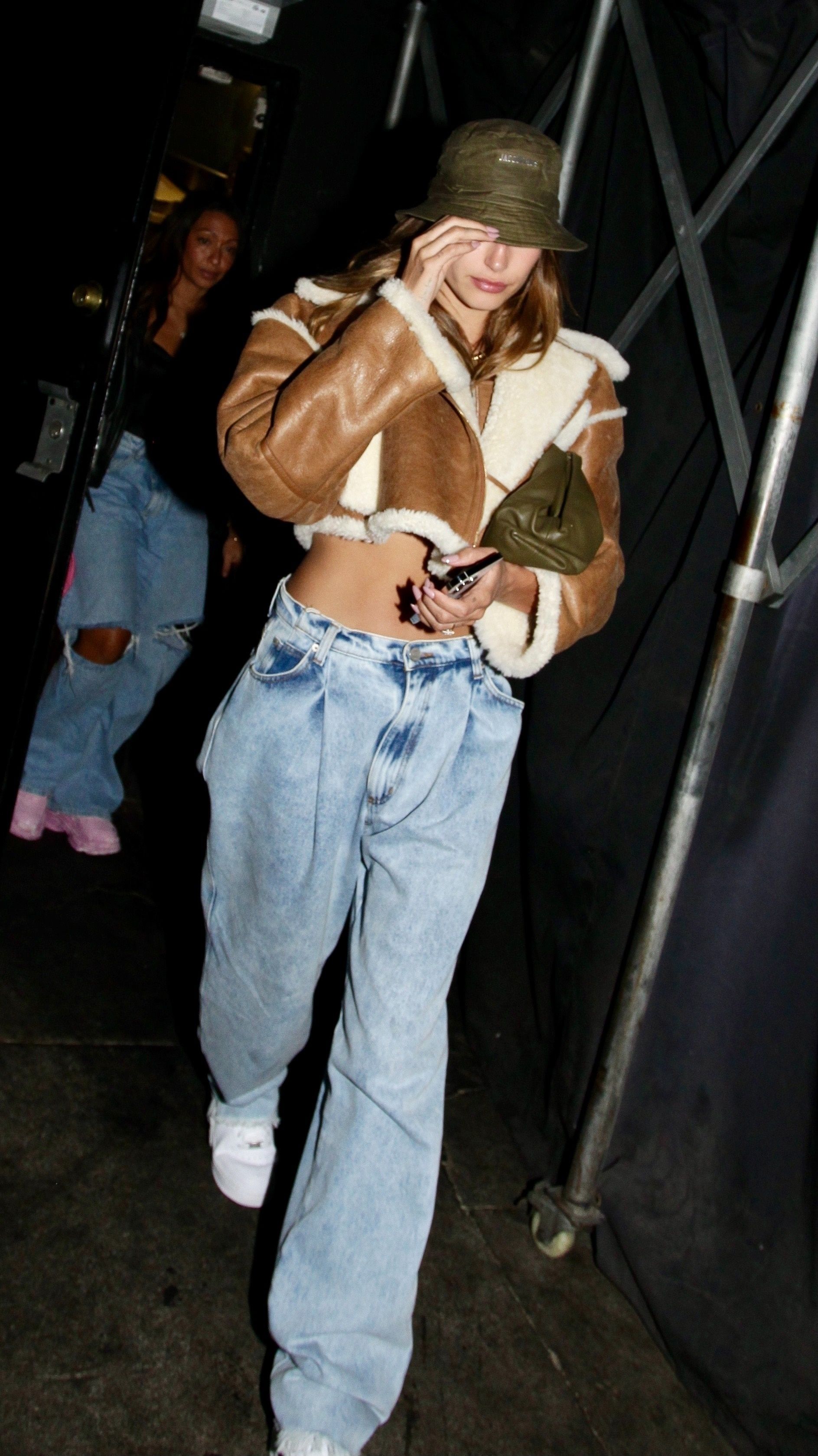 The look shows the model’s return to street style after attending some red-carpet events with her husband earlier this month. In one jam-packed New York City trip, she wore an elegant cream-colored turtleneck gown by Alaïa to cheer on Justin at the VMAs, followed by a Met Gala appearance in a black strapless column gown with a crystal neckline by Saint Laurent.

The 24-year-old recently opened up about her marriage on the podcast 4D with Demi Lovato, where she admitted that she doesn’t mind being referred to as “Justin’s wife,” as long as that isn’t used to downplay her own accomplishments.

“When you marry someone that is really well known, you do also accept that people are a lot of the time going to be like, ‘Oh, yeah, that’s blah blah blah’s wife.’ It doesn’t bother me,” she said.

“It bothers me,” she continued, “when people try to take it and flip it and be like, ‘People wouldn’t know who you were if you weren’t his wife.’ Because I disagree. I’m sorry, but I disagree. … I have all my own work relationships, I do my own thing, I have my own job, I make my own money.”

Addressing the period from 2016 to 2018 when the two stopped dating, she said, “When we split up and didn’t talk for a very long time, I feel like I worked very hard to continue establishing who Hailey was, and I still work to establish that.” The couple later reconciled and got married in September 2018.

“At the end of the day, though, it doesn’t bother me when somebody’s like, ‘Oh, you’re Justin’s wife.’ I’m like, ‘Yeah, I’m Justin’s wife!’ Because where is the lie?” she said with a laugh.