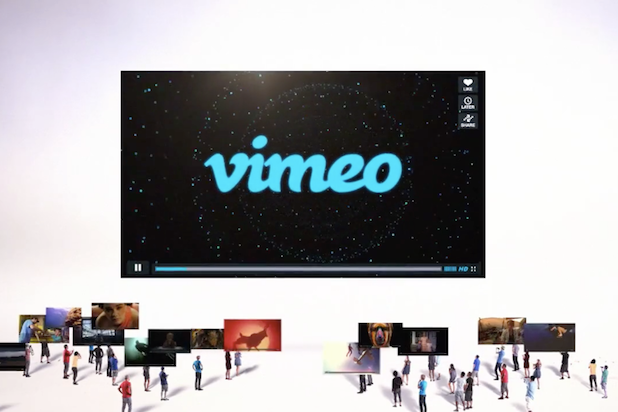 Spurred on by rapid growth during the COVID-19 pandemic, YouTube competitor Vimeo is spinning off from IAC, the company announced on Tuesday, with the goal of going public during the second quarter of 2021. The decision to spin off Vimeo has pushed shares of IAC, the tech and media holding company founded by Barry Diller, up 13.5% on Tuesday morning.

“It’s time for Vimeo to spread its wings and become a great independent public company,” IAC CEO Joey Levin said in a statement.

The video site, like several other streaming services during the pandemic, has seen its user base climb higher in recent months. Last month, Vimeo reported 200 million users, although the company didn’t specify if those are weekly or monthly users, and that it had gained 30 million new users over the last seven months. Vimeo is only a month removed from raising $150 million, at a $2.75 billion valuation, from Thrive Capital and GIC.

From April through November, Vimeo’s revenue was at least 40% higher than the corresponding month in 2019, The Wall Street Journal reported. Overall, its Q3 revenue was $75.1 million.

Vimeo launched in 2004 and has become a popular alternative to YouTube that allows paying subscribers to customize their video player, create password protections, and generally develop platforms for use by teams and professionals rather than individual consumers.

That has made the site especially attractive to creators, according to The Verge, since they can charge viewers for rentals and purchases of their content. Still, Vimeo has so far failed to achieve scale since it offers less content and its free plan has major restrictions.

As for IAC, the stock boost pushed its share price to $182.80 on Tuesday morning. This isn’t the holding company’s first rodeo when it comes to having companies spin off and go public, either, with CNBC noting Vimeo would be the 11th public company to spin off from IAC. Match Group, the parent company of Tinder, recently completed its own spin off from IAC, about five years after going public.