“It’s true they have been in Cali together and have been staying at a friend’s house,” a source exclusively tells Us Weekly. “Matt felt bad about what happened between him and Rachael and so he reached out to her saying he wanted to see her.”

The former couple were photographed together on Saturday, April 24, hanging out with friends in Santa Monica and chatting while walking around the city. “Rachael wanted to hear him out, and since then they’ve had a chance to talk about it and work it out,” the insider adds. “Her feelings hadn’t gone away overnight. She’s giving him another chance.” 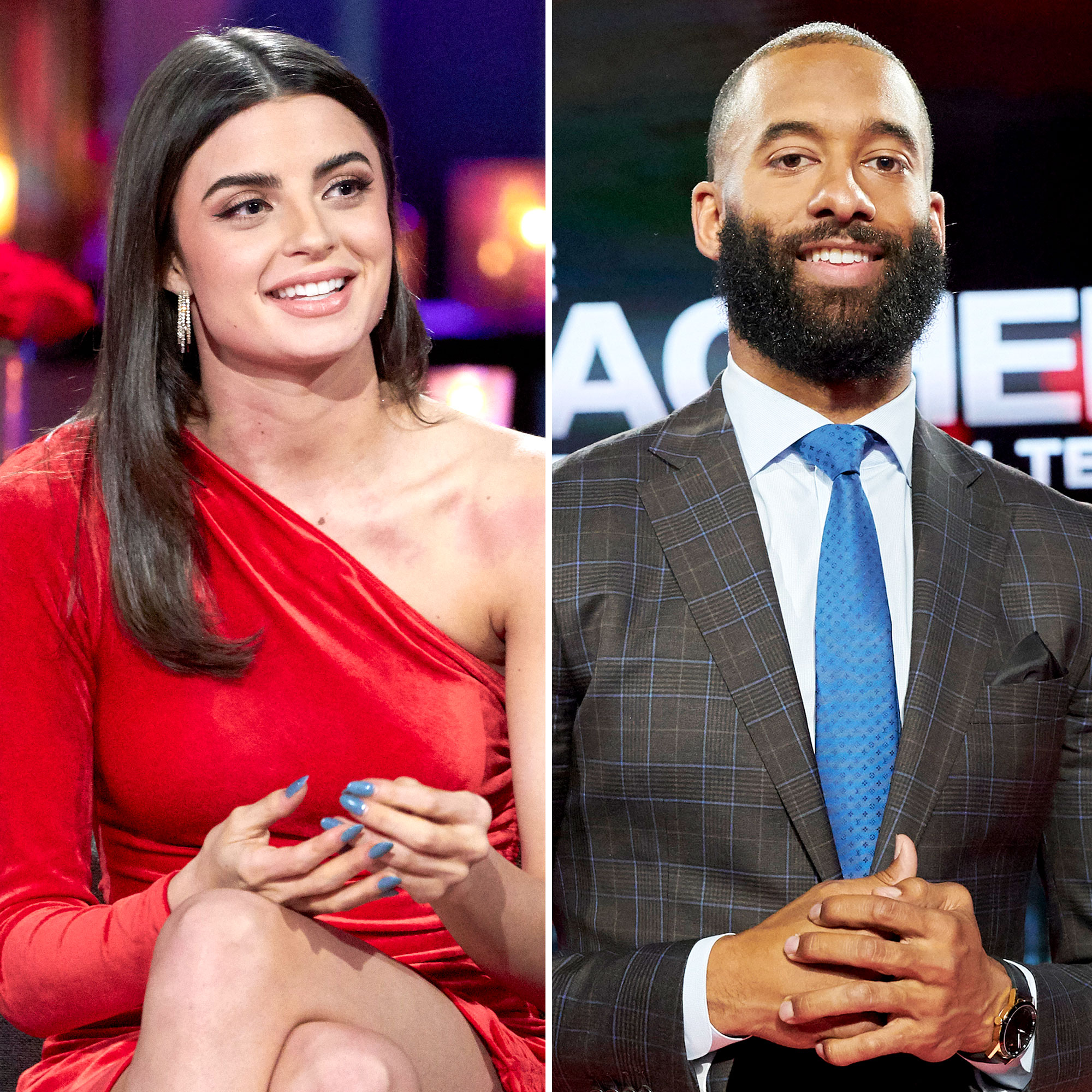 While the graphic designer, 24, might be ready to hear what James, 29, has to say, the pair have not yet smoothed things enough to restart their romantic relationship.

“They aren’t a couple again,” the source explains. “They are just working through things. Only the two of them know the whole story,” the insider adds. “There have been different stories put out there but they were never officially together. They were working toward getting back together when she learned about him lying about his true feelings.”

Earlier this month, the real estate broker met up with Kirkconnell in New York City, but their reconciliation fell apart after a woman named Grace claimed she had also been talking to James while he was in town.

A source told Us that the Georgia native felt “manipulated” by James after hearing Grace’s claims. “Rachael is very emotional right now because she was very hopeful that things were going to work out,” the insider added at the time. “She’s still trying to process this.”

Less than two weeks later, the exes had ceased all communication. “Rachael and Matt are on non-speaking terms after she learned about him lying about being in communication with another girl,” a separate source told Us on April 19. “As far as she’s concerned, what they had is in the past now.”

During the Bachelor season 25 finale, James gave Kirkconnell his final rose, but the pair opted not to get engaged. During March’s After the Final Rose, the former NFL player revealed that the couple had split after filming ended because of her racially charged Instagram posts. She publicly apologized ahead of the finale, but James didn’t seem interested in a reconciliation at the time.

Tensions seemed to have eased, though, given that Kirkconnell is again willing to meet up with her ex.

“She doesn’t care what people think or what they say about her relationship,” the first insider explains. “She tries to stay low key with him and not make it a big deal every time they hang out in public together. Her friends and family have just been supporting her and whatever decisions she decides to make because no matter what they just want her to be happy.”