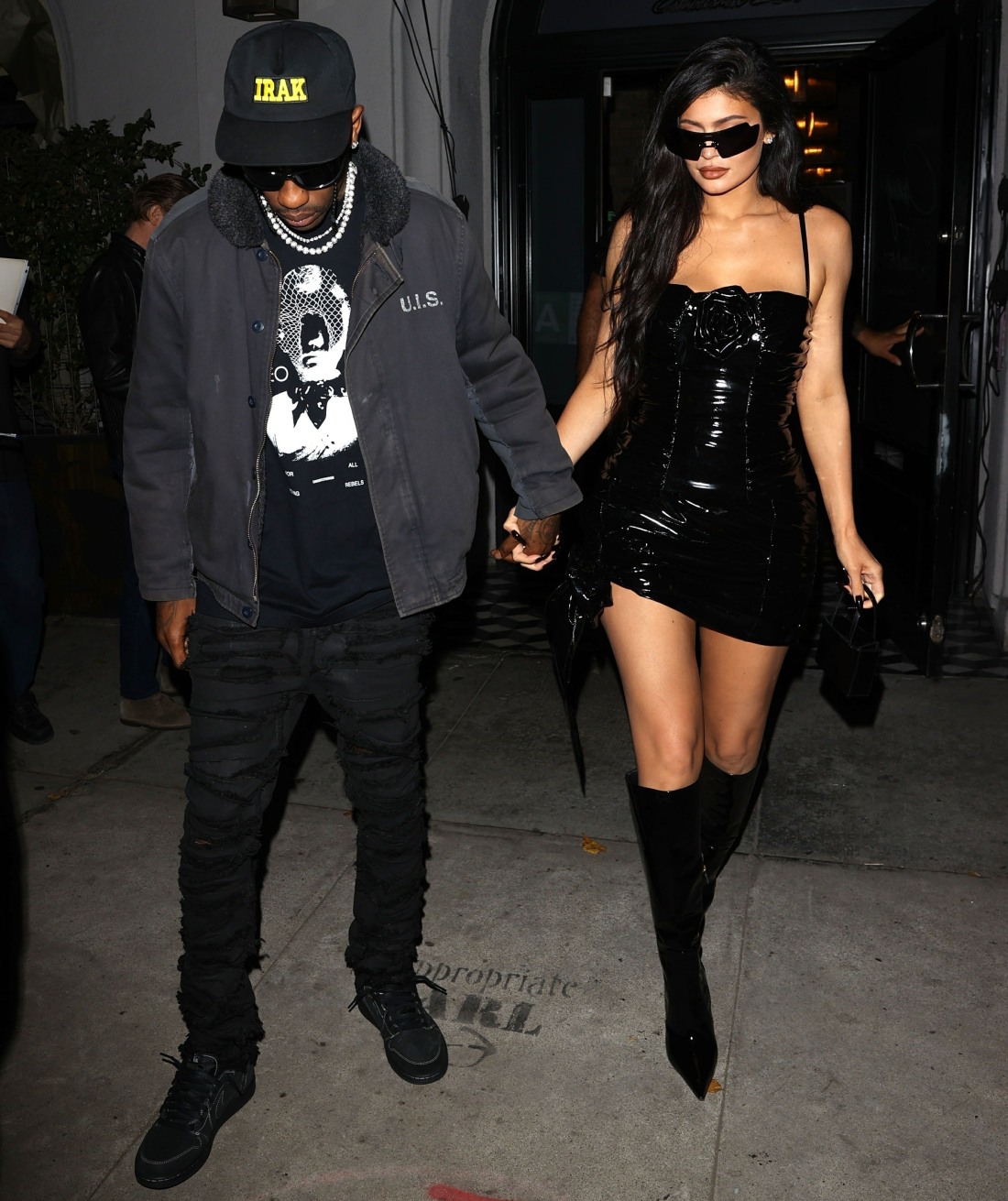 Kylie Jenner and Travis Scott have been together on-and-off since 2017. Kylie welcomed Stormi in 2018, then they broke up in 2019, then they got back together and welcomed the Baby Formerly Known As Wolf earlier this year. Kylie has spoken out about how her second pregnancy was a lot harder on her, and she dealt with postpartum depression for a while. I’ve heard rumors that during the 2019 split, Kylie was seeing other men. I never really heard anything specific about Travis, but… he’s a huge musical star, I figured that he has a lot of sexual options. I should also note that it’s always been widely rumored that Kylie and Travis have some kind of open relationship. They’ve never confirmed it either way, but it’s just a vibe of “as long as everyone is discreet, you can do what you want” on both sides.

Well, everything has gotten a lot less discreet. There’s this woman, Rojean Kar aka Yungsweetro, who showed up at Travis’s music video shoot. It was a closed set and suddenly there were photos of her on the set and a lot of online gossip. Kar even posted something on her own social media. There were rumors about Travis and Rojean Kar as far back as 2013, and some outlets have called her “Travis’s ex.” People who follow Kar’s social media say that ever since Travis got with Kylie in 2017, Kar has been doing shady “indirect jabs” and subtweets about Kylie.

So, it probably would have just been a relatively niche gossip story – Travis’s ex was on the closed set of his music video shoot, it’s not the end of the world, surely. But Travis then posted a strange denial on his IG Stories, claiming that Kar was “an uninvited person” and that “I don’t know this person.” He got people to back him up. That’s when Kar went on HER IG Stories and said that she and Travis have been hooking up for a while and she has all kinds of receipts, including photos and videos. Yeah… it’s a mess. Kylie’s posting subtweets too, like she’s aware of what’s happening and she’s got her eye on what Kar is posting. Here’s some of the sh-t Kar posted: 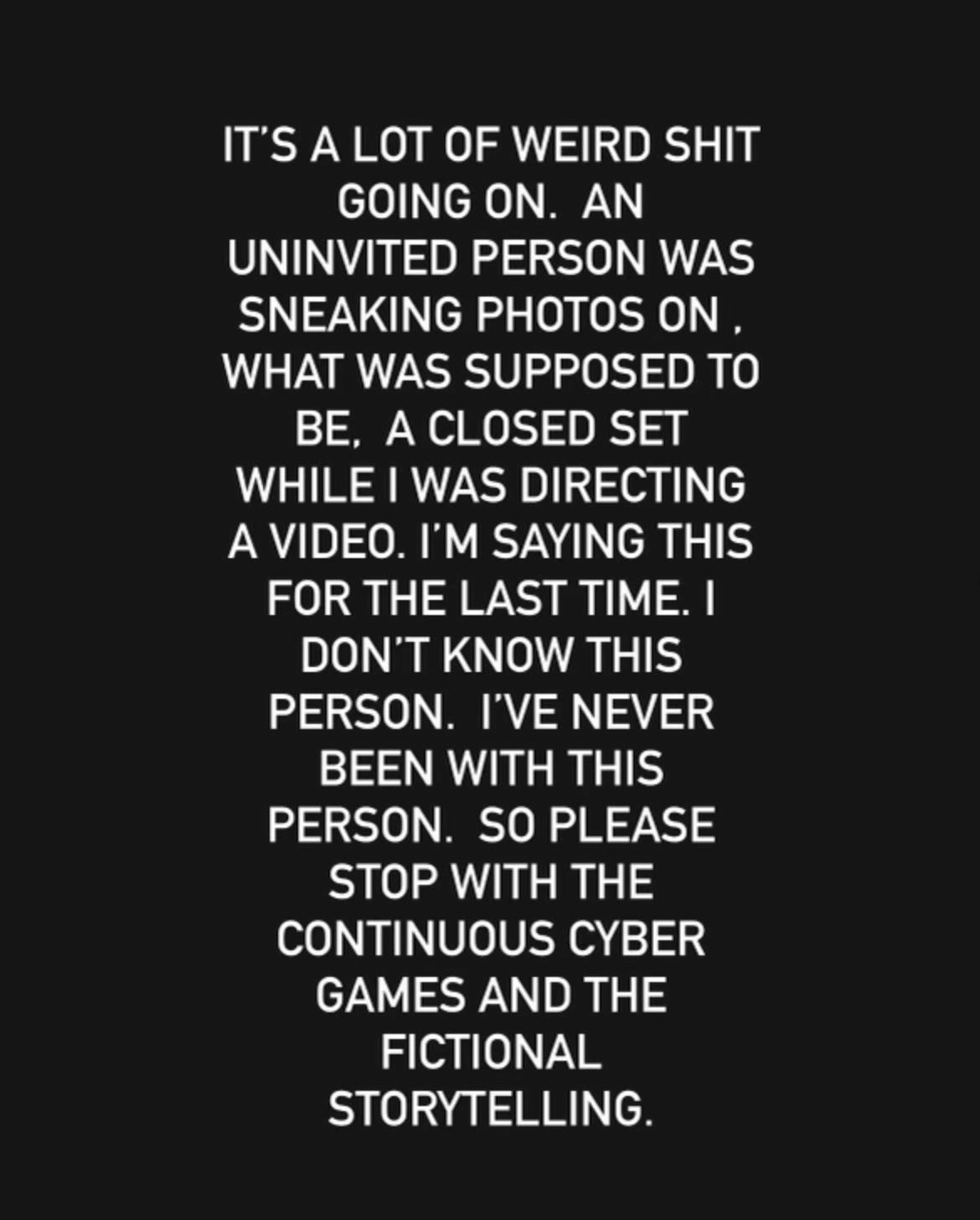 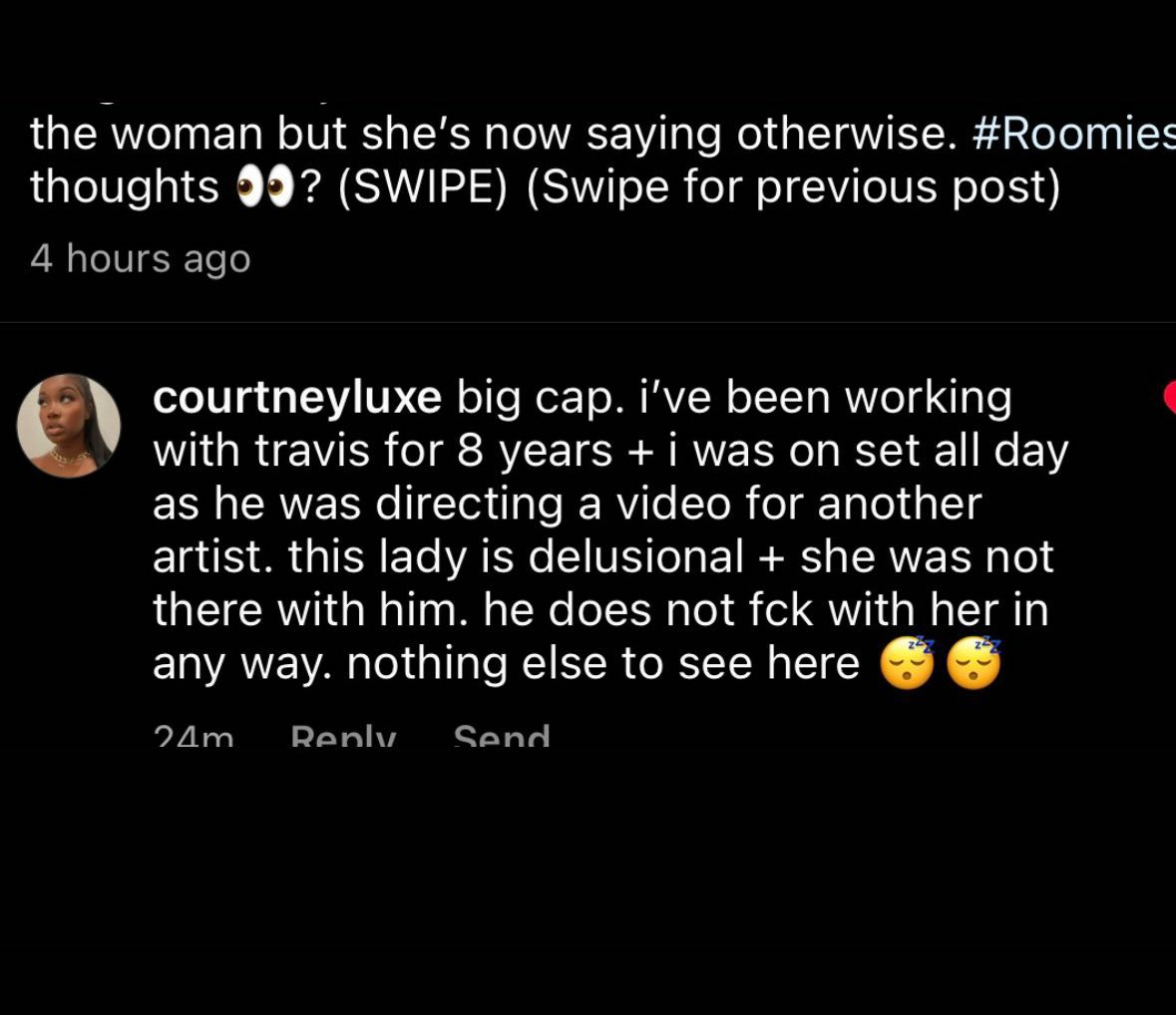