Sam Levinson began writing a show in 2006 based on his own experience with drugs as a teenager. When he was brought in to adapt the Israeli series Euphoria for HBO, he found the vehicle to infuse his own struggles with addiction and anxiety into the story. The first season of Euphoria premiered in 2019 and landed nine Emmy nominations, scoring three wins including Outstanding Lead Actress in a Drama Series for Zendaya. Season 2 ended February 27, with the series already gearing up for a third season.

The fifth episode of Season 2, titled “Stand Still Like the Hummingbird,” is the latest installment of It Starts on the Page, Deadline’s annual series that highlights the scripts that serve as the creative backbones of the buzzy shows that will define the TV awards season. The scripts in our series are all being submitted for Emmy Awards consideration this year and have been selected by Deadline using criteria that includes critical acclaim, selecting from a wide range of networks and platforms and a mix of established and lesser-known shows.

Euphoria follows Rue Bennet (Zendaya), a recovering drug addict whose life changes when Jules Vaughn (Hunter Schafer) moves to town. Season 2 takes place after Rue has relapsed and has no desire to get clean, while her childhood friend Lexi Howard (Maude Apatow) plans to stage a play about the lives of her classmates and friends.

“Stand Still Like the Hummingbird,” written and directed by Levinson, begins with Leslie (Nika King) confronting Rue after she finds out her daughter is doing drugs again. Rue yells at Gia (Storm Reid) for spilling the secret before her mother reveals that it was Jules who told her. When Rue finds out her mother got rid of her pills, she has a violent breakdown. 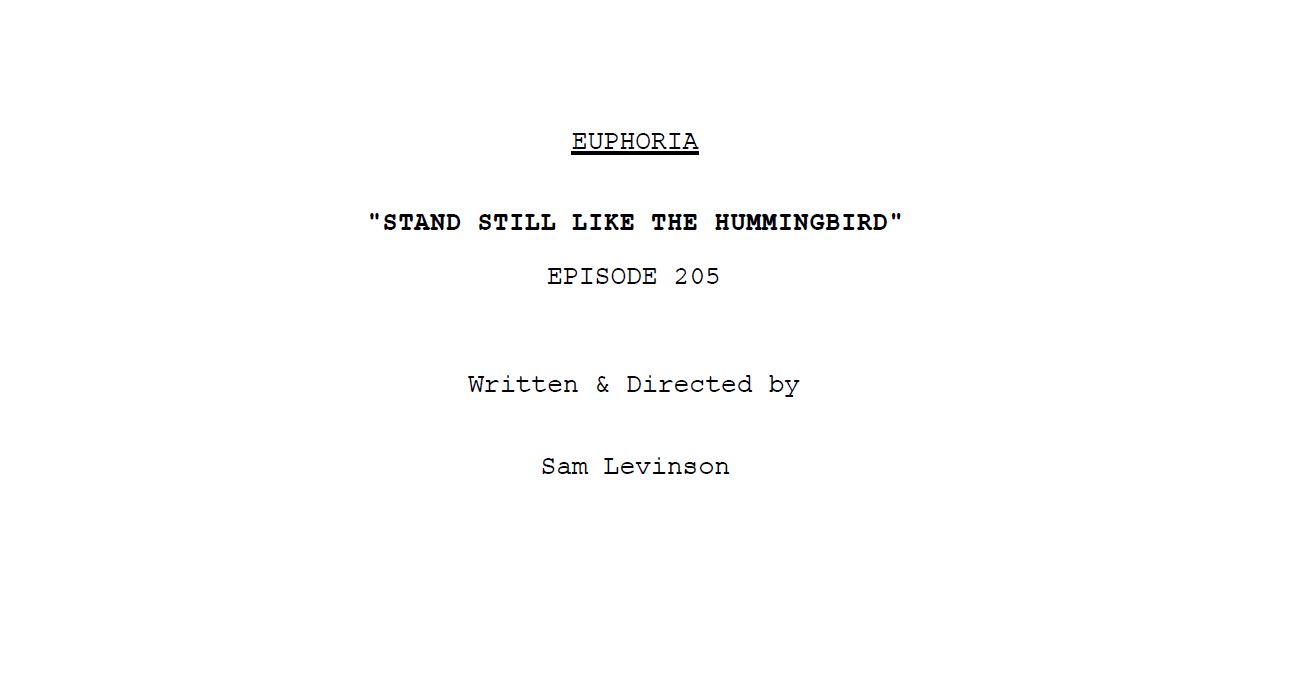 It Starts On The Page

It Starts On The Page: Read The Pilot Script For ‘Schmigadoon!’

It Starts On The Page: Read Jason Katims’ Pilot Script For ‘As We See It’

It Starts On The Page: Read The Season 2 Finale Script For ‘Hacks’