Date night! Jeff Bezos and girlfriend Lauren Sanchez grabbed dinner in Malibu on July 14, just days before the Amazon founder is set to jet off to space.

Jeff Bezos enjoyed a dinner date with his girlfriend, Lauren Sanchez, on Wednesday, July 14 ahead of his big journey to space. The former Amazon CEO, 57, was pictured arriving at celebrity hotspot Nobu in Malibu, California while dressed in a gray polo and jeans with a black belt. He also had on aviator sunglasses for the outing. Meanwhile, Lauren, 51, walked beside her billionaire boyfriend wearing a stunning silk white dress and a few pieces of fancy jewelry. 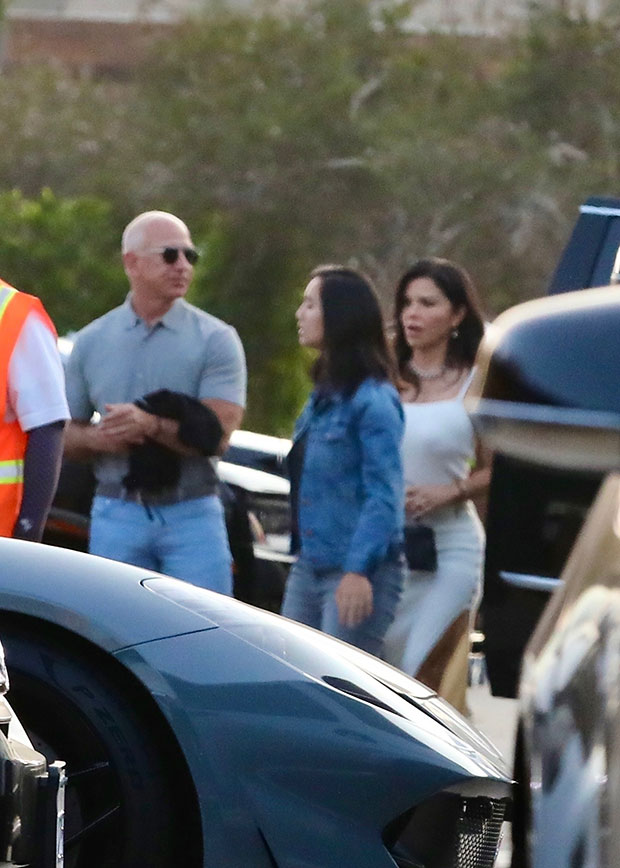 The happy couple looked great for their special night out, which came just days before Jeff will be leaving Lauren’s side (and Earth altogether) to jet off into outer space. The journey will begin on July 20 onboard the New Shepard craft from Jeff’s Blue Origin rocket company, which will also carry his brother, Mark Bezos, Dutch astronaut Oliver Daemen and pilot Wally Funk. The upcoming launch was approved by the Federal Aviation Administration on July 12, NBC News reported. 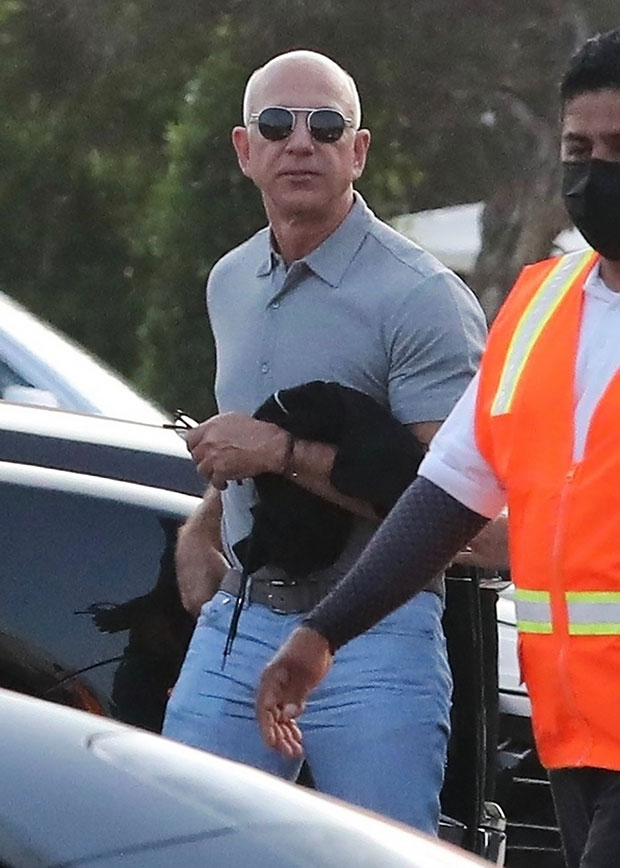 Jeff first shared his excitement about taking his first space flight alongside his brother, Mark, in an Instagram video on June 7. “Ever since I was five years old, I’ve dreamed of traveling to space,” he wrote in his announcement. “On July 20th, I will take that journey with my brother. The greatest adventure, my best friend.”  The trip will be the first human flight launched by Blue Origin, which the billionaire founded in 2000.

While Jeff is out in space, Lauren will likely be anxiously awaiting her beau’s return. Their ongoing romance seems to be going strong after surviving the drama surrounding it at the start. When they first got together, Jeff and Lauren were each married to other people. In fact, it was through Lauren’s then-husband, co-CEO of Hollywood powerhouse agency WME, Patrick Whitesell, 56, that the two met. Their romance was infamously outed in January 2019, just weeks after Jeff settled his billion-dollar-divorce with ex, MacKenzie Bezos.

Last month, Jeff and Lauren sparked engagement rumors when the former Good Day LA co-host was seen sporting a massive, yellow, heart-shaped diamond ring on that finger while out in Los Angeles. After that, fans began understandably speculating that Jeff popped the question at some point. However, the couple has remained mum on if the possible engagement news is true.