The comedian and presenter, 48, announced on Tuesday that he had quit his role after three series.

He co-hosted the Channel 4 show alongside Noel Fielding since 2020 but has decided his time on the programme is over. 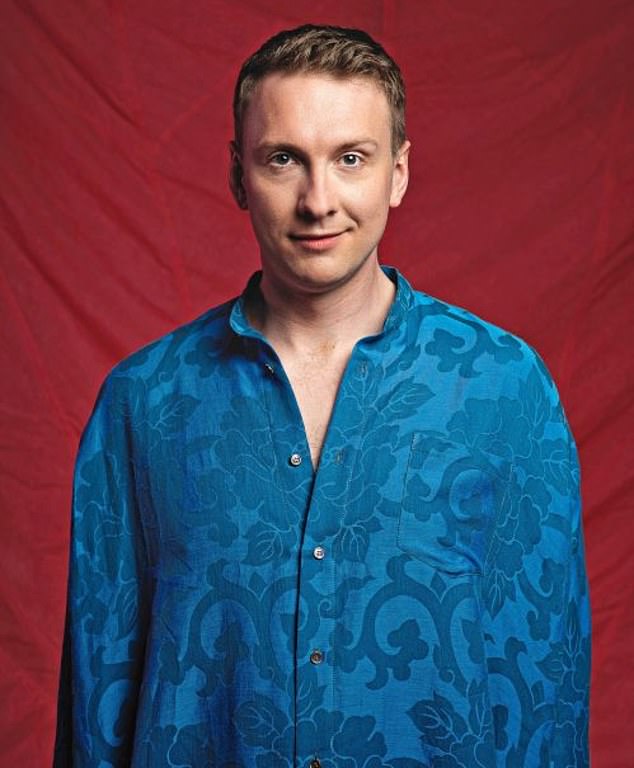 In a statement, Matt cited his heavy workload as the reason he has stepped away from Bake Off, saying he wouldn’t have the time to host it alongside his work on Fantasy Football League.

And the front runner to replace him according to odds from Ladbrokes is comedian Joe, 34, with odds of 7/2.

He appeared on the celebrity version of the show in 2018 for the Stand Up To Cancer specials – where he impressed judges Prue Leith and Paul Hollywood with his cakes. 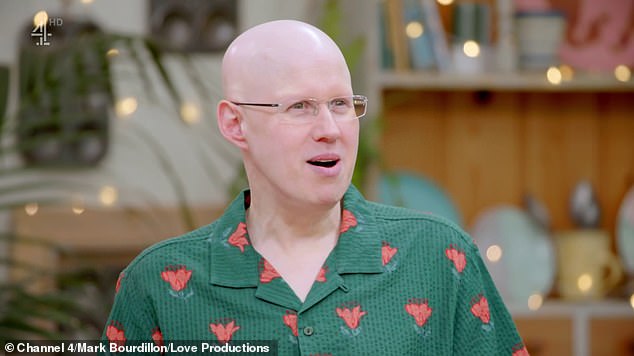 Bye! The comedian and presenter, 48, announced on Tuesday that he had quit his role after three series

On Channel 4 he hosts Travel Man and his own consumer comedy hybrid show called Joe Lycett’s Got Your Back.

He hosted the BBC’s coverage of the Royal Academy Summer Exhibition in 2022 three years on BBC One’s The Great British Sewing Bee and Joe Lycett’s Big Pride Party for Channel 4.

Joe has also hosted Live at the Apollo, The One Show, Sunday Brunch. 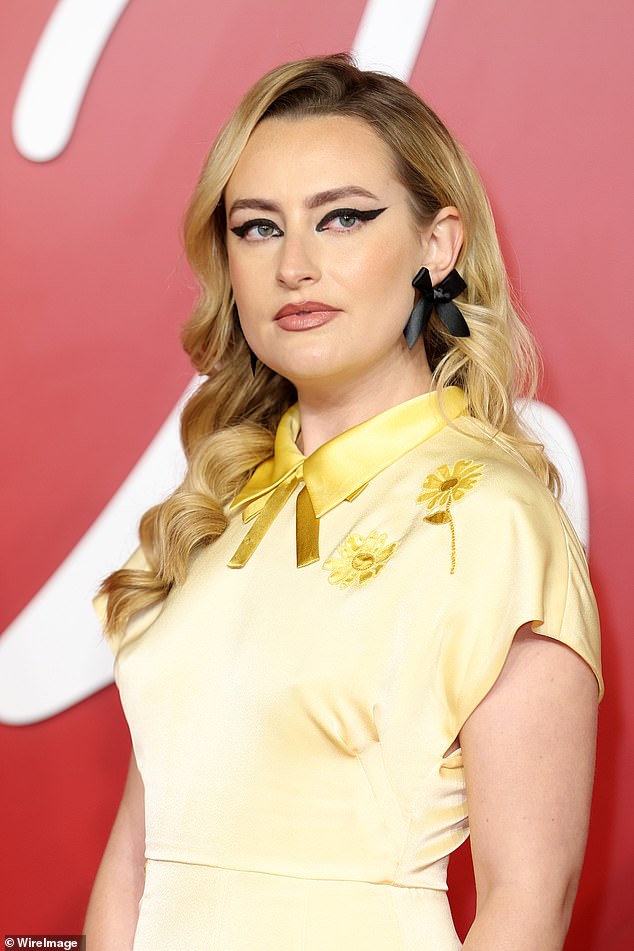 Popular: Also in the running to front the show is YouTube star Amelia Dimoldenberg, 28, (pictured) with odds of 5/1

Also in the running to front the show is YouTube star Amelia Dimoldenberg, 28, with odds of 5/1.

The social media star created the web series Chicken Shop Date, in which she interviews rappers, grime artists as well as other YouTubers and Premier League footballers in fried chicken restaurants.

Speaking about her chances to present Bake Off, Alex Apati of Ladbrokes told The Mirror: ‘Matt Lucas was the cherry on the Bake Off cake and it’s certainly going to take a big personality to replace him. 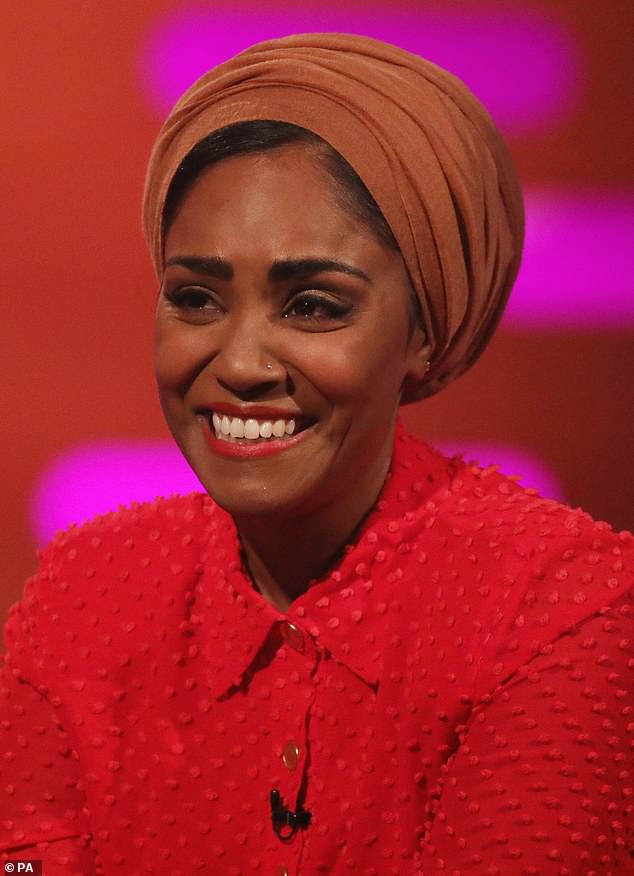 Back to where it all began: Elsewhere Nadiya (pictured), who won the trophy in 2015, has odds of 4/1

‘Channel 4 chiefs have got a huge decision to make when it comes to Matt Lucas’ replacement, and the early odds suggest it could be a toss-up between Joe Lycett and Amelia Dimoldenberg.’

Channel 4 have yet to announce who will replace Matt officially. 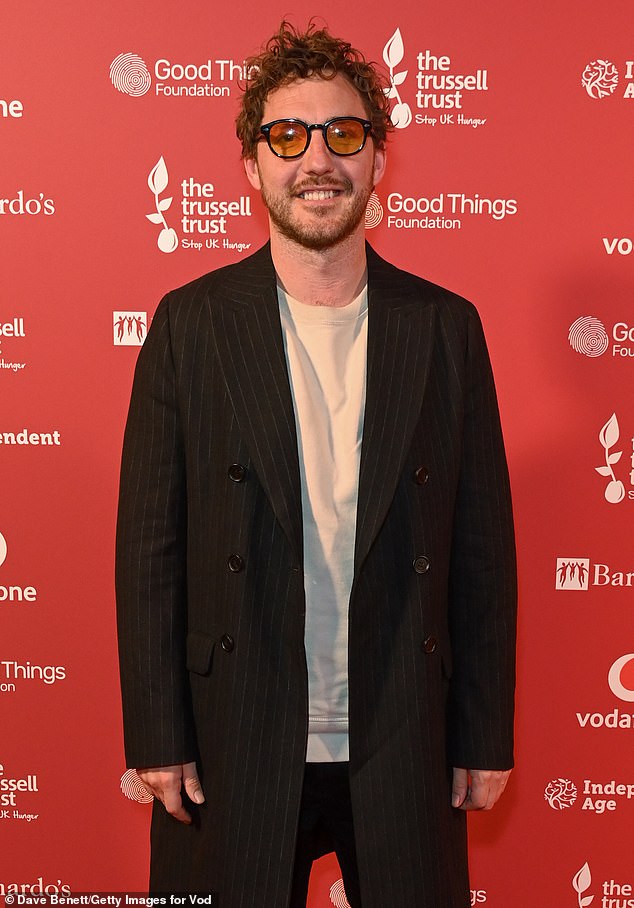 New presenting role? Also in the running to bag the gig is I’m A Celeb’s Seann Walsh with odds of 12/1

In Matt’s leaving announcement she wrote: ‘Farewell Bake Off! It’s been a delicious experience and I can’t imagine a more fun way of spending my summers.

‘But it’s become clear to me that I can’t present both Fantasy Football League and Bake Off alongside all my other projects.

‘So, after three series and 51 episodes, I am cheerfully passing the baguette on to someone else.

‘I would like to give my warmest thanks and gratitude to everyone at Love Productions and Channel 4 and to Noelipops, Paul, Dame Prue, the crew and, of course, the wonderful bakers for welcoming me into the tent. 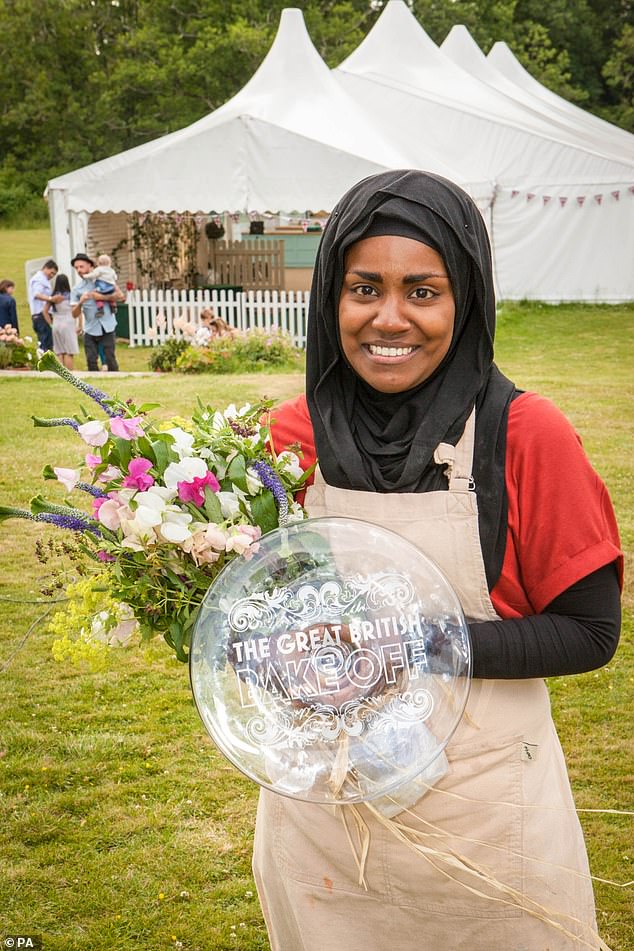 Huge star: Nadiya rose to fame after winning the sixth series of BBC’s The Great British Bake Off in 2015

‘I wish whoever takes over the very best and I can’t wait to tune into the next series without already knowing who won!’

The comedian was inundated with well wishes from Bake Off fans who said they’d miss him on the show.

Noel, who joined as co-host when Bake Off moved to Channel 4 in series 8, will remain with the show alongside judges Paul and Prue.

During its original run on the BBC, the series was presented by Sue Perkins and Mel Giedroyc.

Syabira Yusoff was crowned the winner of the 2022 series last month, beating off competition from Abdul Rehman Sharif, 29, and Sandro Farmhouse, 30, in what proved to be a very tricky final for the trio – particularly the technical challenge.

After Matt called her name, a delighted Syabira told how her win was the ‘biggest achievement in my life.’

Praising Syabira after her win, judge Paul Hollywood said: ‘Some of the flavours we have never had in the tent before and are unlikely to have again, she is an incredible baker.’ 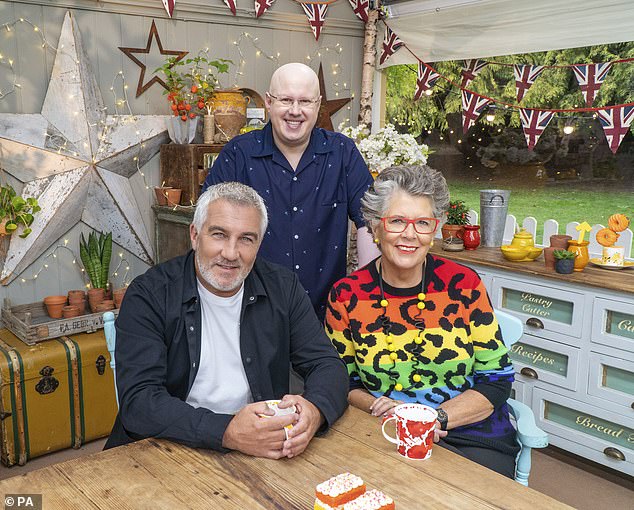 Bowing out: Matt (centre) co-hosted the Channel 4 show alongside Noel Fielding since 2020 but has decided his time on the programme is over