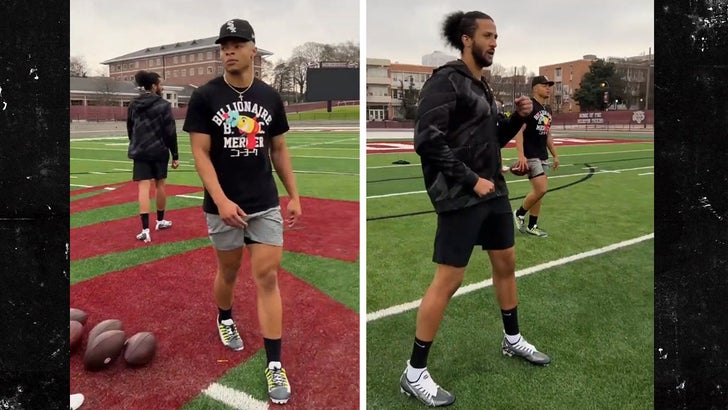 Colin Kaepernick is adding to the list of NFL stars helping the quarterback train for his NFL comeback … this time it’s Justin Fields, Tyrod Taylor, and Josh Dobbs!

34-year-old Kap previously linked up with Seahawks receiver Tyler Lockett, and prominent WR coach David Robinson earlier this week … as he pushes to return to the league after years away.

Now, it seems a few NFL QBs are getting in on the action. On Friday, Colin was with Fields (Bears, 11th overall pick last year), Taylor (Giants) and Dobbs (Steelers) at Morehouse College’s football field.

The workout resembled a Pro Day … with the QBs throwing passes downfield while receivers ran routes. The quarterbacks even helped each other out.

The ex-49ers signal caller has been broadcasting his training sessions on social media for over a week now … seemingly showing his arm strength, footwork and overall skillset hasn’t deteriorated since he last was on an NFL field in 2016.

Of course, the 34-year-old QB believes he’s been blackballed because of his National Anthem protest … but continues to fight to get back into the league.

Activist Shaun King — who’s been supportive of Kap — caught a glimpse of his workout today and says it’s obvious his athleticism is not the reason why he’s not signed.

“Not one single expert could watch this and deny the skills and strength and health,” King said. 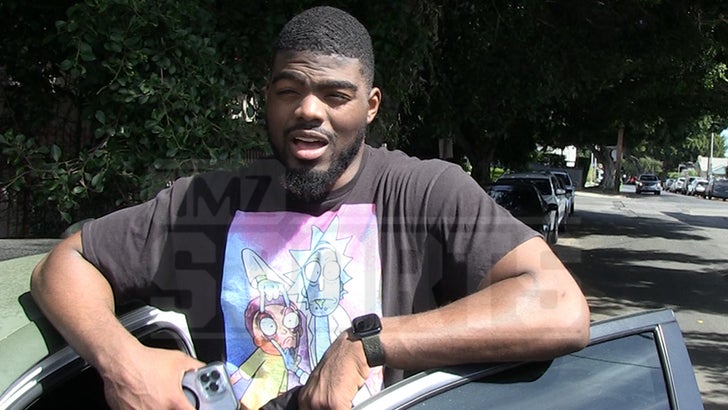 Many are rooting for his return … like Seahawks’ DE Rasheem Green who recently told us he’d love to have him on his team.