Not only is Pippa Middleton close with her sister, the Duchess of Cambridge, acting as her bridesmaid at her 2011 wedding, but the mum-of-three has another royal connection that you might not be aware of.

The 38-year-old is rumoured to have dated someone who married into the royal family – Thomas Kingston, who tied the knot with the Queen’s cousin Lady Gabriella Windsor in 2019.

Thomas and Pippa were photographed together at Cheltenham Festival in March 2013 and going for dinner at luxe London restaurant Le Caprice the following month.

They clearly remain friendly, as Thomas and Gabriella attended Pippa’s wedding to James Matthews in 2017.

Pippa and Thomas have since been photographed enjoying a walk in each other’s company.

Thomas and Gabriella are an impressive couple, with Gabriella, who is 52nd in line to the British throne, completing degrees at Ivy League institution Brown University and Oxford, where she graduated with a Master of Philosophy before starting work as a journalist. Her father, Prince Michael of Kent, is the Queen’s first cousin. 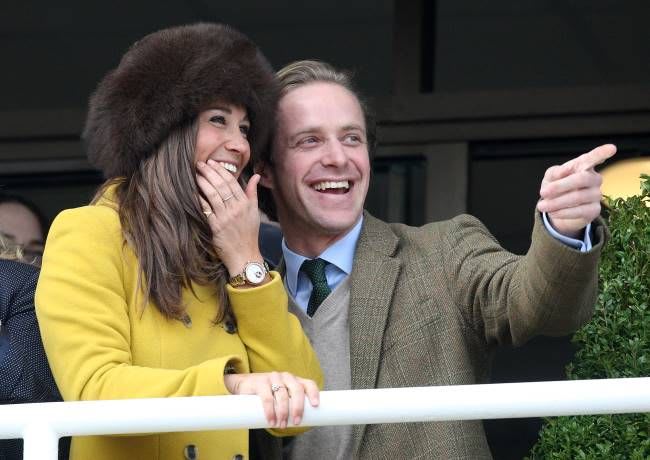 Thomas, meanwhile, is in finance, having previously worked for the Foreign Office’s Diplomatic Missions Unit.

He reportedly proposed to Gabriella on the Isle of Sark in August 2018 and the pair married on 18 May 2019. Pippa and James are doting parents to a son and two young daughters: Arthur, three, Grace, one, and baby Rose, whose arrival was confirmed last month. 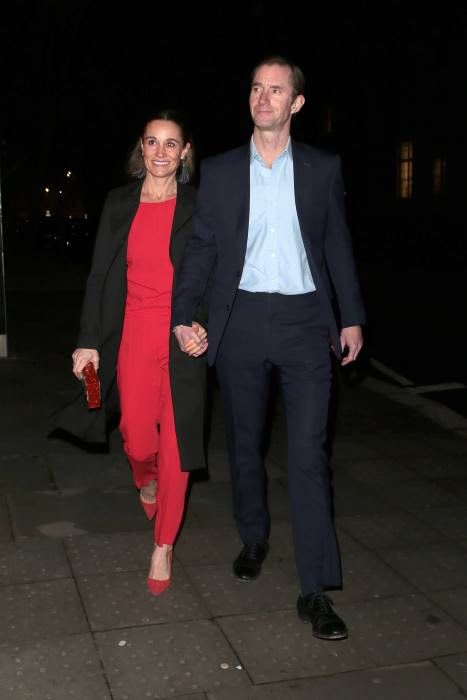 Sweetly, Pippa and Kate’s father Michael Middleton verified her arrival to the Daily Mail’s royal reporter Richard Eden, although at that time he declined to provide the little girl’s name.

The busy mum kept the details of her third pregnancy very quiet, with the news only becoming apparent when she debuted her baby bump at the Queen’s Platinum Party at the Palace celebration in June.