Kenya Moore is reflecting on the late Gregg Leakes after joining her fellow Real Housewives of Atlanta castmates, past and present, at his memorial over the weekend. Moore opened up to ET about the touching service and why despite in-fighting among the cast, it was a “no-brainer” for her to attend.

“I was there to support. Gregg never, ever treated me any differently whether I was feuding with NeNe [Leakes] or not. And for that, I respected him so much, and he was just a kind, gentle, caring, supportive man, and she was really lucky to have him,” Moore shared with ET. “Honestly, he is one of the nicest men I ever met in my life. To be there was a no-brainer.”

Moore, who is set to make her debut on Dancing With the Stars for the show’s upcoming 30th season, flew in to Atlanta for the memorial to support NeNe, calling the event “everything [NeNe] wanted” for her late husband.

“I flew in for the memorial, the repass. I think it was everything she probably wanted it to be because people were happy, and I think he would’ve wanted people to be happy because his life was so full and so beautiful and he was such a great person,” the reality TV star explained. “So even though it was hard for me to be there, it seemed like she got what she wanted, for people to smile, and I think he would’ve been happy about that.”

Moore has turned to her fellow Housewives as she prepares to twirl her way through the ballroom, particularly Real Housewives of Beverly Hills’ Erika Jayne, who appeared on season 24 of the dance competition show.

“We didn’t get into great detail about it, but she was like, ‘You’re gonna have fun, you know, be yourself, just give it all you got.’ So, I was excited about that,” Moore revealed.

While Moore hinted at a few “twirls” and “Gone With the Wind fabulous” moments in her dance routines this season, the RHOA personality said she’s doing some serious dancing, and she’s already feeling the physical strain from all those grueling hours rehearsing on the ballroom floor.

“The dancing has been good so far. My rehearsals have been going great. A little bit of discomfort in some muscles and areas, but listen, it’s gonna be a little challenging,” she shared. “I’m not 20, I’m not 17. Some teenagers are here, it’s not gonna be the same.”

While some of the other contestants have age and a dance background on their side, Moore maintained that she has the passion to carry herself through the series.

Moore is certainly a fighter in both her personal life and on the dance floor, and she plans to channel some of that strong spirit in her dances, despite the personal challenges she’s facing, namely her divorce from husband, Marc Daly, with whom she shares 2-year-old daughter, Brooklyn.

“I don’t think it’s a secret that I’m going through a divorce right now. I’m a single mom, I didn’t plan to be that. My daughter’s almost three years old. I lost my grandmother, my inspiration, like, four years ago, who introduced me to dance,” Moore said. “So I think it might be a little tough for me here and there, but I’m just going to be that warrior that she raised me to be and keep focused and keep the eye on the prize, which is that mirrorball!”

Catch Moore on the dance floor when Dancing With the Stars premieres Sept. 20 on ABC. 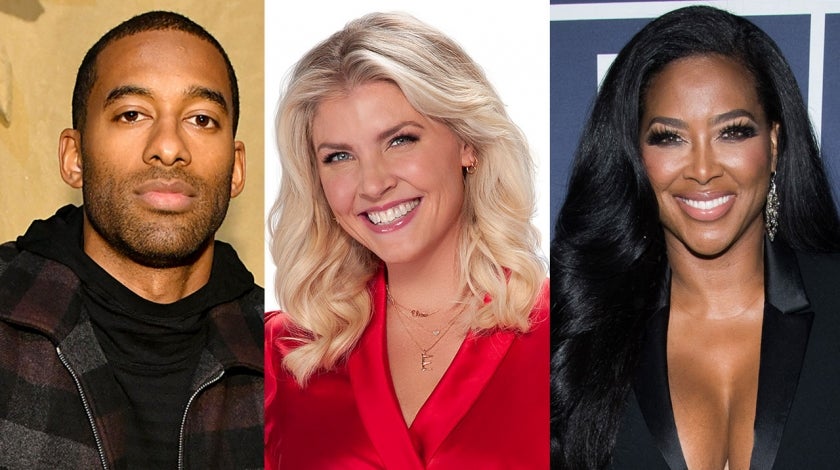 'Dancing With the Stars': Meet the Cast of Season 30!