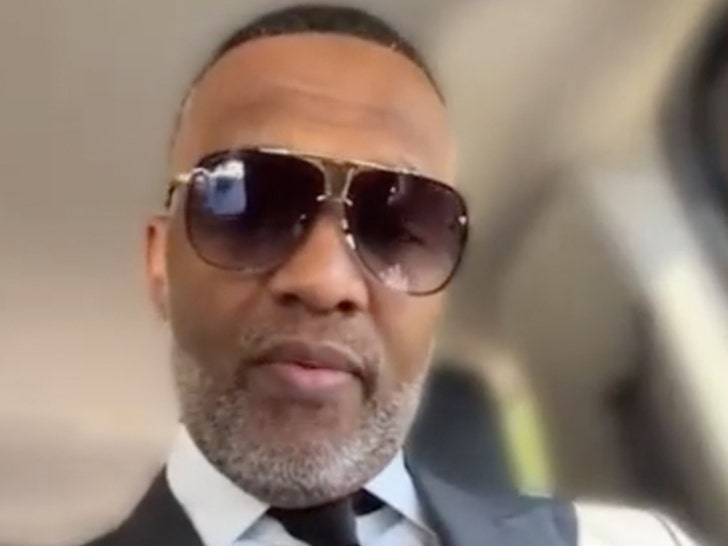 Kevin Samuels, famous for dishing out controversial dating advice on social media, is dead, sources have confirmed to TMZ.

According to a police report obtained by TMZ … EMS was called to Kevin’s home Thursday morning for a “person injured” and found Kevin unresponsive on the floor of his apartment.

The police report states they talked to a woman who said they met Kevin Wednesday night and spent the night with him at his place in Atlanta. The woman — who is a nurse — said Kevin started to complain of chest pains on Thursday morning, and she tried to help him. She told cops he fell on top of her, so she called 911 and requested a defibrillator from the front desk of the apartment complex.

According to the report, Kevin was taken to Piedmont Hospital.

Kevin had a huge following on social media, including 1.42 million YouTube subscribers, and often stirred debate with his hot takes on dating and relationships.

Recently, Kevin stoked controversy by saying unmarried women over 35 are “leftovers” … and the clip’s been making the rounds on the internet. He’s also been known to publicly embarrass both men and women seeking his dating advice.

Kevin worked with Future earlier this year, asking the rapper dating questions for a trailer for Future’s single, “Worst Day.” In the clip, Kevin asks Future how much money he spends on women.