The business mogul and reality star was photographed running errands in Los Angeles on Tuesday, and didn’t dress down for the occasion. Kardashian was seen stepping out of her car wearing a head-to-toe Balenciaga outfit that included a curve-hugging bodysuit, thigh-high latex boots, and an oversized leather blazer—putting her squarely on trend. She also had on matching gloves and a black baseball cap, sunglasses, a lavender pair of a soon-to-be-released product from Beats by Dre, and a furry handbag for good measure. 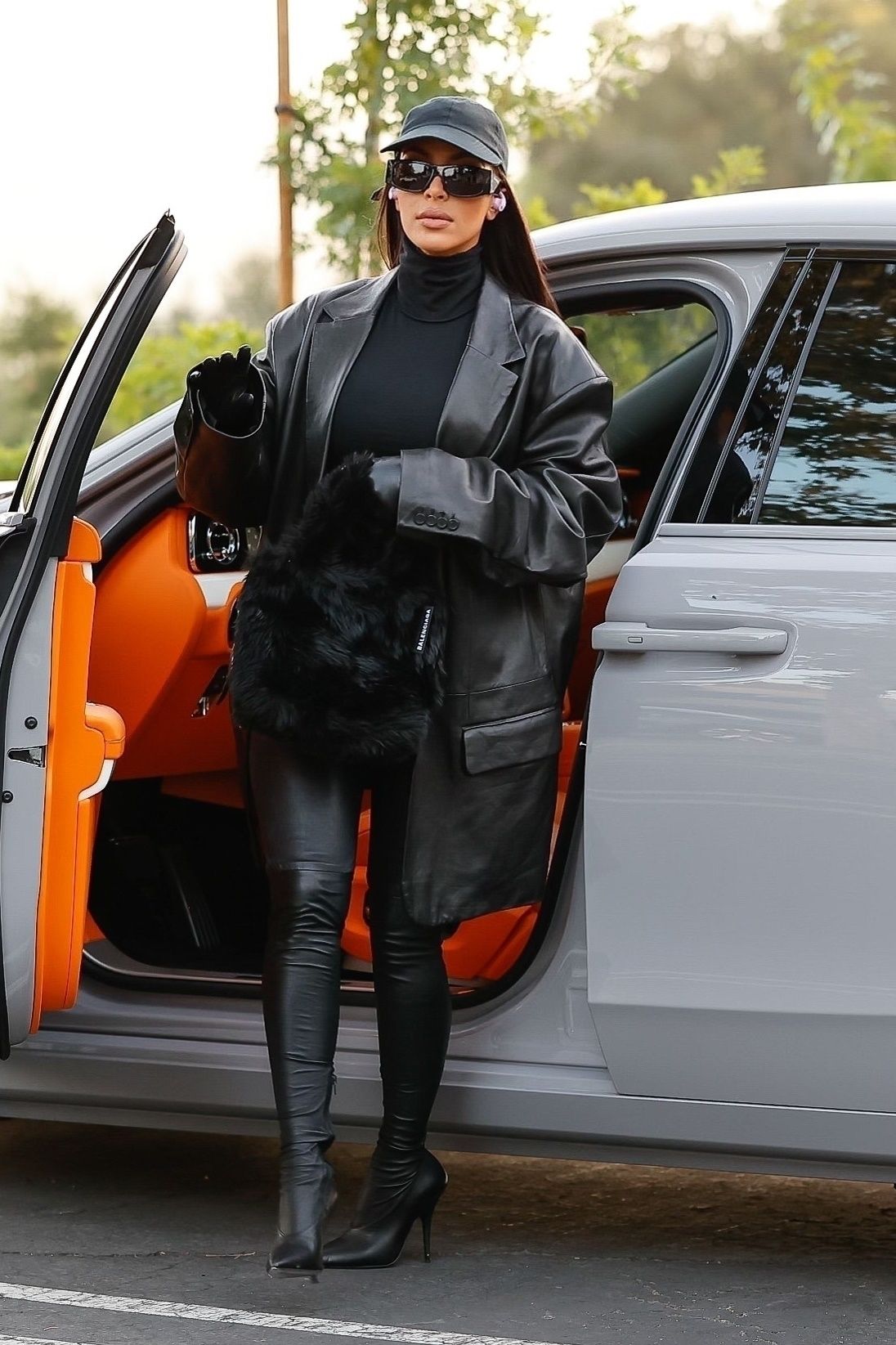 The star has remained dedicated to wearing looks from the luxury fashion house as of late, most recently stepping out in a number of over-the-top outfits—including a hot-pink velvet suit and glittery tinsel overcoat—ahead of her Saturday Night Live hosting gig earlier this month. She wore an all-black ensemble by Balenciaga for her 2021 Met Gala look as well, opting for a seamless spandex bodysuit and floor-grazing train meant to mimic the versatility of a classic T-shirt.

Kardashian isn’t the only person in her family collaborating with the brand. Balenciaga’s creative director, Demna Gvasalia, has worked closely alongside Kardashian’s estranged husband, rapper and designer Kanye West, and assisted with the aesthetic direction of West’s large-scale listening party experiences for his latest album, Donda. Gvasalia and West also collaborated on a commemorative merch shirt back in April for the late rapper DMX, with proceeds going toward the artist’s family.