The feud continues! Kristen Doute defended herself over “misconstrued” comments about former BFF Stassi Schroeder and their Witches of WeHo wine company — and her cofounder couldn’t help but clap back.

After the Tuesday, March 24, episode of Vanderpump Rules, Kristen, 37, sat down with costar Brittany Cartwright to discuss her falling out with Stassi, 31, and Katie Maloney. The friends formed the company in 2019, but their relationship hit a rough patch when Kristen accused the other two women of not pulling their weight when it came to their budding business.

“My business ventures are very important to me,” Kristen said during the Vanderpump Rules aftershow, getting heated about the lack of commitment she thought Stassi showed toward their up-and-coming brand. “You were asked to push something on social media and because you have a f–king podcast and a book, you think you’re the queen of England?” 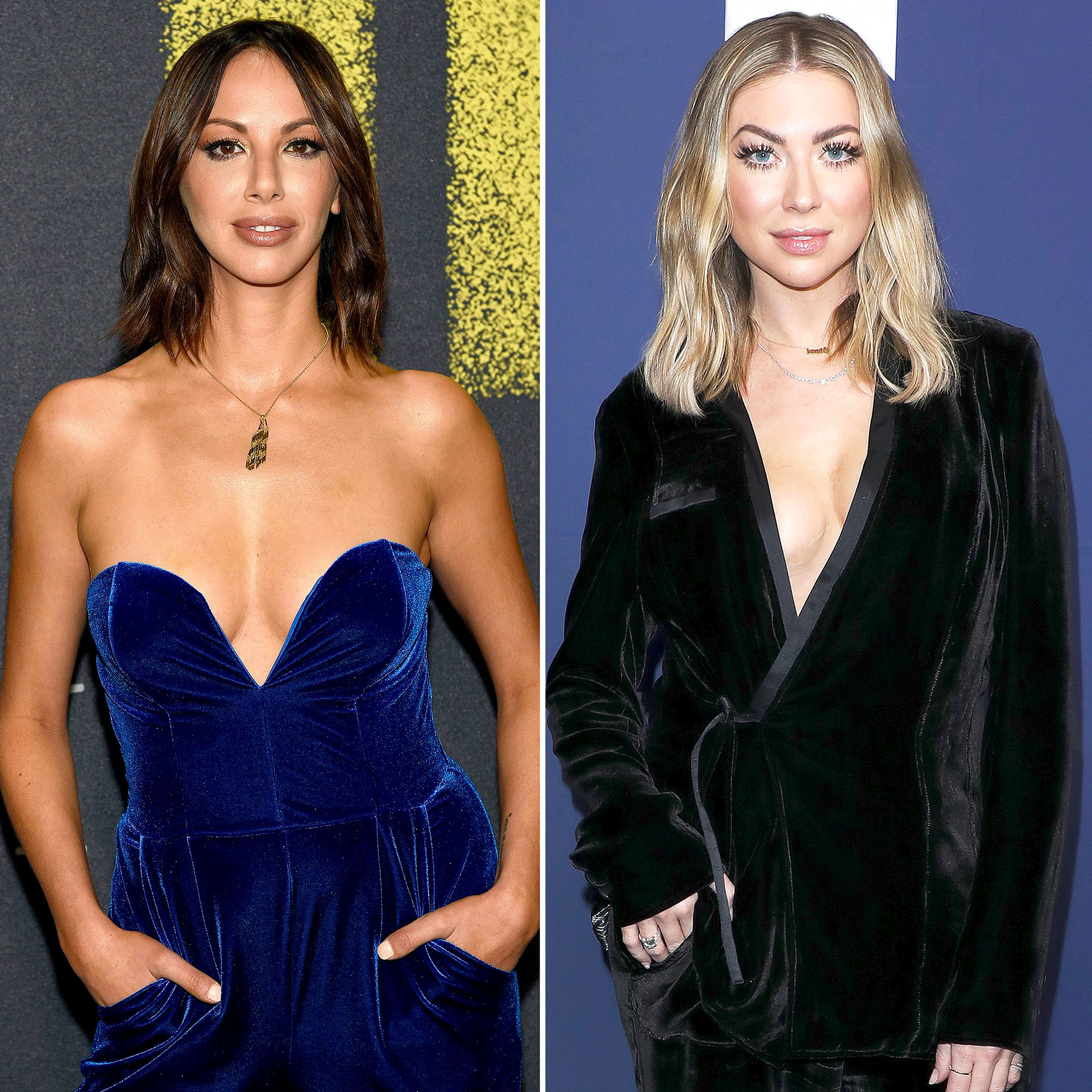 The following day, Kristen took to Twitter to clarify the intentions behind her comments. “I just watched a VPR aftershow where it feels like I was insulting @stassi work ethic,” the reality star began. “I [100 percent] think Stass has built a brand for herself and I’ve always been proud of her. I was angry about the wine company at that time and I want to publicly correct my opinion.”

When a fan praised Kristen for her ability to “recognize her errors,” the Bravo personality continued, “I’m not above apologizing or explaining my feelings. I don’t want my opinions to be misconstrued.”

However, the Next Level Basic author was not about to take her ex-best friend’s comments lying down. “I’ve never once said a word about the things @kristendoute work on,” she replied, acknowledging Kristen’s James Mae T-shirt line. “Cool, that you’re ‘not apologizing’ for making fun of my podcast/how I’m probably going to come crashing down/that no one will want to listen to it when I’m 40.” 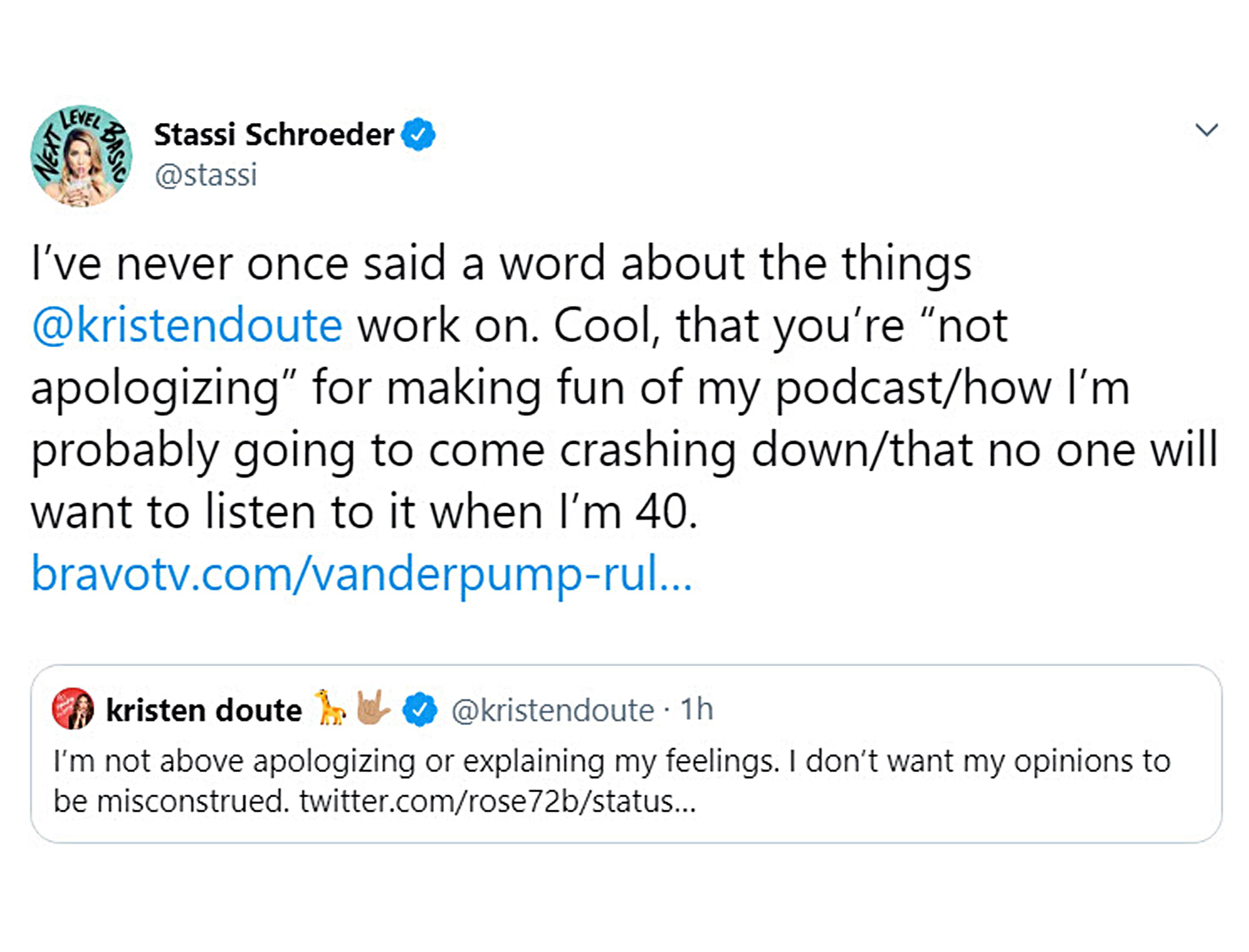 Upset that her apology wasn’t taken to heart, Kristen fired back: “And now you’re just attempting to trash me publicly after we’ve been texting about this for the past hour.”

The two former SUR waitresses were once inseparable, but eventually had a falling out that led Stassi to admit in October 2019 that she was “taking a break” from their friendship. Four months later, Stassi revealed to Us Weekly exclusively that while she and Kristen were on the outs, she wasn’t going to completely rule out not inviting the T-shirt designer to her upcoming wedding to fiancé Beau Clark.

“Of course I would want Kristen [at our wedding],” she said at the time. “But I think we need to get to a point where it would be normal for her to be there.”