Karen Grassle, former star of Little House on the Prairie, discussed her time on the show. She described what it was like to work with Melissa Gilbert, who played Laura Ingalls. Grassle says Gilbert did one thing that broke a “cardinal rule of acting.”

One of Grassle’s early acting roles was in a 1951 episode of Love of Life. Then, in 1969, she appeared in New York Television Theatre. In 1974, Grassle played Fran in an episode of Gunsmoke titled “The Wiving.”

Grassle made her film debut in the 1981 movie Harry’s War, in which she played Kathy. Like Melissa Gilbert, she has appeared in many TV movies. Some of her TV movie appearances include roles in Emily, Emily; Battered; and Between the Darkness and Dawn. She has also appeared in Wyatt Earp, Harry’s War, and The President’s Mistress. 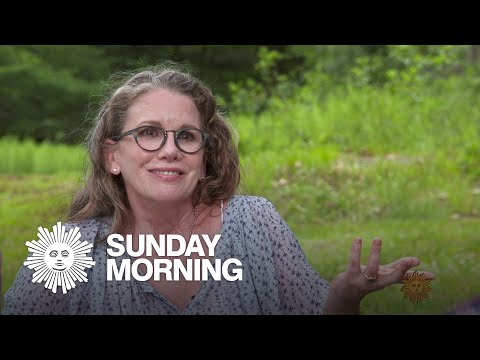 In her book, Bright Lights, Prairie Dust, Grassle spoke about the first time she met Gilbert. She says she went over to Gilbert to say hello. The youngster’s reply surprised Grassle. According to her, Gilbert immediately said, “Do you have your tears ready?”

Grassle said her first thought was that she wouldn’t be able to cry after that. Initially, she didn’t know how to respond to Gilbert, so she told her that her tears were tucked away in her “pocket.” Grassle explained that actors are not supposed to tell each other what to do. That job is left to the director.

“Actors have a cardinal rule: Don’t focus on results—where we’re supposed to arrive emotionally in a scene—and never tell another actor what we expect them to do,” says Grassle. “I could see that working with kids was going to be really different.”

According to Alison Arngrim (she played Nellie Oleson), Katherine MacGregor (she played Nellie’s mother, Mrs. Oleson) gave actors on the set of Little House on the Prairie suggestions for how they should perform. In her book, Confessions of a Prairie B****, Arngrim said some of the actors didn’t mind, but others were annoyed by her suggestions.

Arngrim said Richard Bull (he played Mr. Oleson) didn’t appreciate MacGregor’s input. “Richard Bull was strictly ‘no sale,’” wrote Arngrim. “He even spoke in an interview about how he loved [Katherine] dearly, but that on the first day of shooting, he had to explain to her, ‘No Katherine. You don’t tell me how to act. You can do anything you want, except that,’” said Arngrim.

Gilbert played Laura Ingalls on Little House on the Prairie from 1974 to 1983. One of her early acting roles was in the 1967 film The Reluctant Astronaut. The following year, she appeared in a 1968 Christmas episode of The Dean Martin Show. In 1972, Gilbert played Spratt’s child in an episode of Gunsmoke titled “The Judgment.” Some of her other roles include appearances in Without Her Consent, Sweet Justice, and Dying to Remember.

RELATED: ‘Little House on the Prairie’: Michael Landon ‘Felt Very Guilty’ About His Feelings for Another Woman