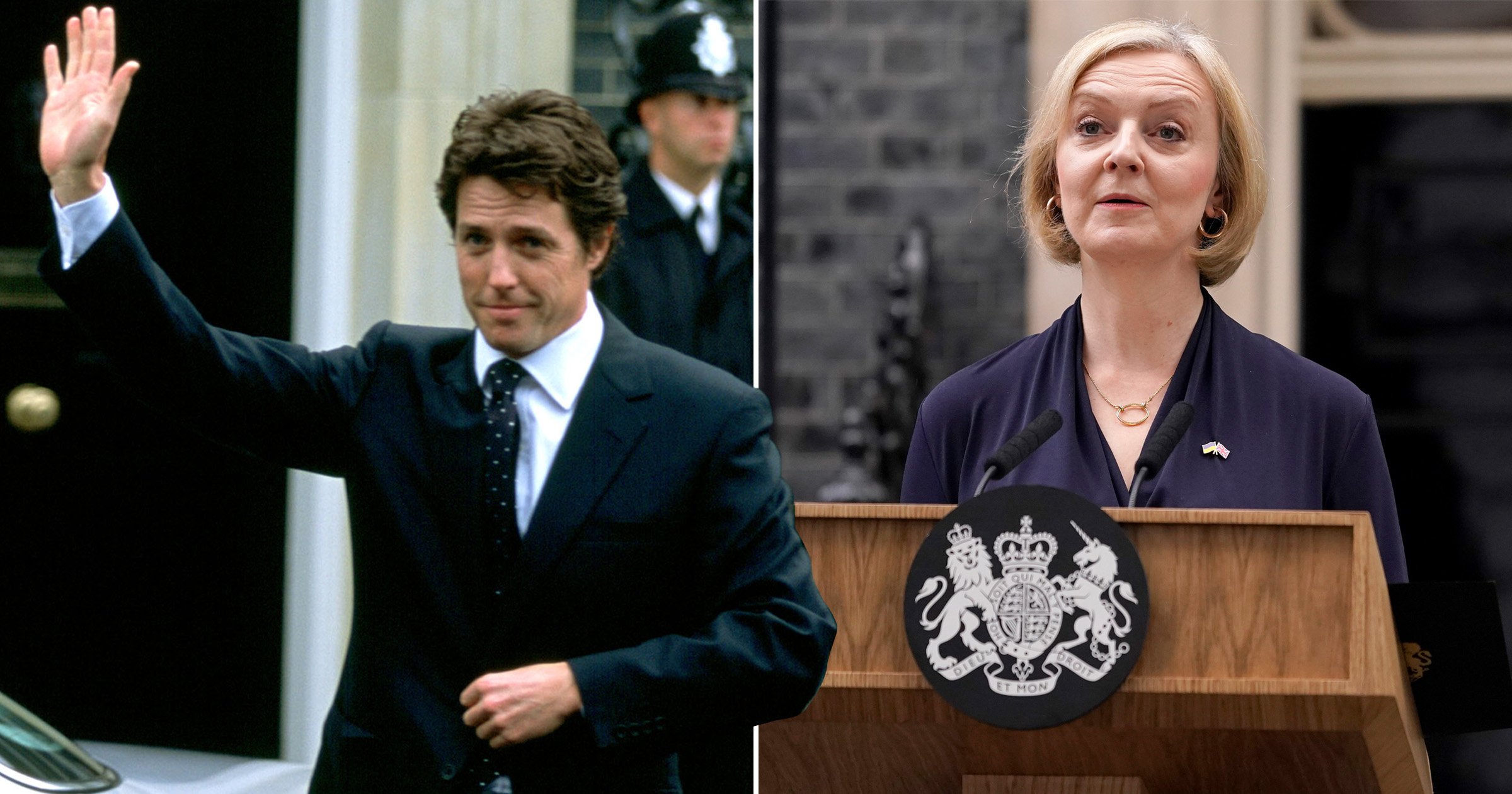 As we all know by now, Liz Truss couldn’t outlast a lettuce – and it turns out her stint in Number 10 failed to hit another milestone.

Back in 2003, Love Actually was released with Hugh Grant starring as David, a British Prime Minister who finds himself falling for household staff Natalie (Martine McCutcheon) in Richard Curtis’ all-time Christmas classic.

Principal photography got underway on September 2, 2002, and wrapped 13 weeks later, just under a year before it hit the big screen.

That means from the moments the cameras started rolling to the final shout of ‘cut’, Hugh Grant was technically playing the Prime Minister for the duration of the shoot.

Even with our maths skills, it’s clear his stint at just over three months (around 91 days) puts him far ahead of Liz’s 44 days in office before announcing her resignation.

Naturally, Twitter has been flooded with people calling for Hugh to take over as the new Prime Minister, and it’s hard to argue with the public there.

Liz Truss resigns: What happens next?

Liz Truss has stepped down as Conservative Party leader and UK Prime Minister after just 44 days. So what happens next?

– Liz Truss’ speech in full after resigning as Prime Minister

– Will the new Prime Minister be elected by the public?

– Boris Johnson and Rishi Sunak to go head to head

– Pound rises against the dollar after Liz Truss resigns

One film fan wrote: ‘If King Charles III wanted to increase his popularity, he would sack the yet-to-be-appointed UK PM, dissolve Parliament and instruct Hugh Grant to form government.’

‘Liz Truss probably didn’t even get the chance to recreate Hugh Grant’s dance from Love Actually at Number 10. Small mercies,’ joked another person, while a third added: ‘Hugh Grant should get another PM term.’

And a fourth person quipped: ‘If you add up all the collective viewings of Love Actually, Hugh Grant spent more time as PM than Liz Truss.’

Filmmaker Richard has previously admitted he wrote the character with Hugh in mind, but we don’t actually know if David was leader for Tory or Labour.

‘This is such a sad moment. I’m willing to reveal almost anything about Love Actually – but there’s no answer to that one,’ he responded to fans on Twitter.

‘It’s a bit like Hugh’s job in Four Weddings – I never let my mind go there… I hope to be back in the offices before too long, and then I’ll try and compensate with some proper answers.’

Fans have long called for a sequel, and while seeing Hugh back in Downing Street would be a spectacular twist, he might need to do his research to get back into the role after admitting he can’t actually remember how it ends.

Asked about a follow up, he previously told Digital Spy: ‘I don’t know. I’ve never thought about that… I can’t even remember what happens in the film. It’s so long since I’ve seen it. You’d have to remind me!’