But while this might be embarrassing for many children, it turns out that eldest son Michael Consuelos doesn’t actually mind them. Speaking to People as they marked their Sexiest Man Alive issue, the budding actor said: “I’ve always kind of maintained that my parents are cooler than me, so they don’t really embarrass me.”

WATCH: Kelly Ripa’s children steal the show on Live with Kelly and Ryan

He added: “If anything, I’m worried about embarrassing them. But I’ve always taken what they do and who they are with a lot of pride. I feel like I’ve won the jackpot.”

He also shared that he saw his dad’s shirtless photos as a form of “motivation” noting that both the Riverdale star and younger brother Joaquin were both “really strong” and he wanted to “catch up”.

Michael also gave a show of support to his mom, who recently released a new book, as he spoke about his passion for reading.

When asked to name a book he had recently enjoyed, he cheekily responded: “Read Live Wire by Kelly Ripa. It’s out now. You’re welcome, Mom!“ 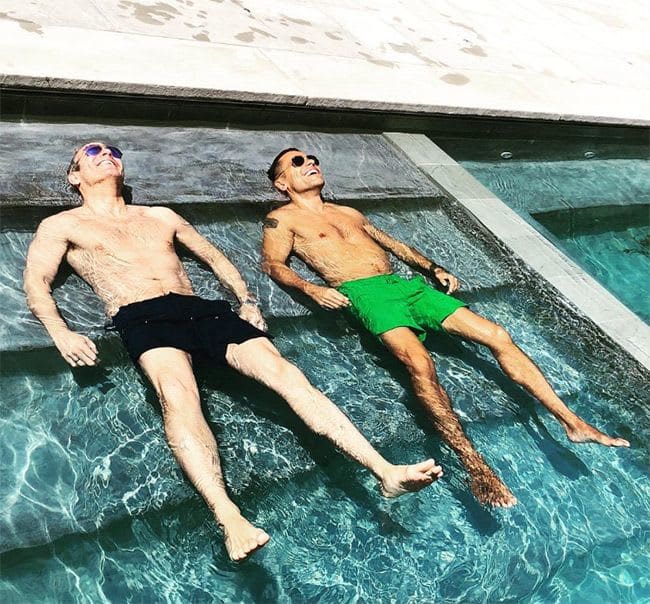 The 25-year-old is currently working on his acting career, and his next project is on the horizon, as he stars in Let’s Get Physical on Lifetime.

“I read the script and I really, really enjoyed the character. I thought he was really funny,” he said of his role.

He also added: “Also, you know, it was offered to me – and when you are starting out, when something is offered, you take it. It was kind of a no-brainer for me.”

He stars alongside The Rookie’s Jenna Dewan plus Jennifer Irwin. The film follows fitness instructor Sadie (Dewan) who teaches fitness and dance to soccer moms by day, but leads a prostitution ring in her small town by night.