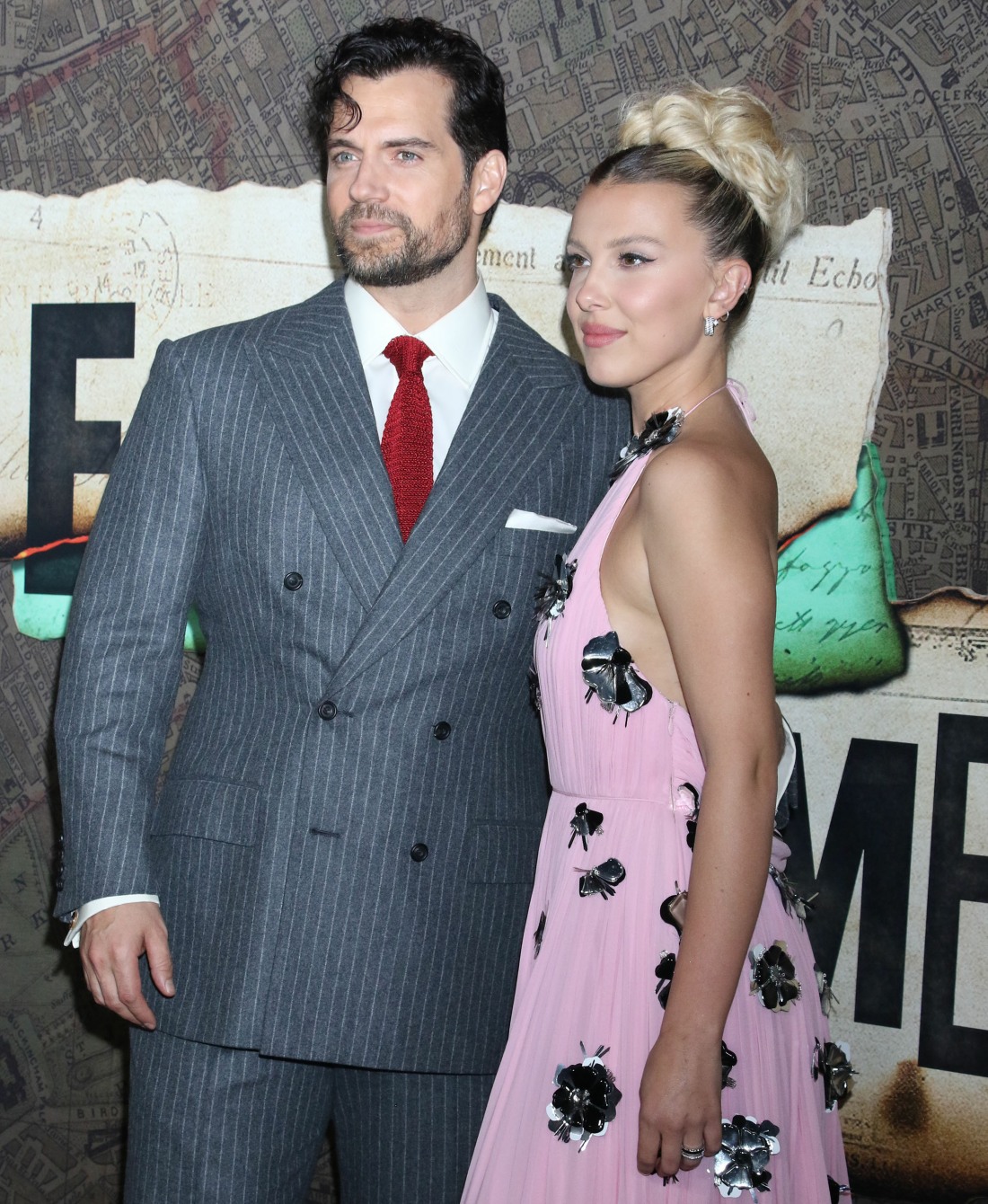 Enola Holmes 2 is already out on Netflix! I will watch it this weekend, eagerly, because I loved the first one. Millie Bobby Brown is the lead, Enola Holmes, the younger sister of Sherlock and Mycroft Holmes. The first movie was about Enola figuring out her place in the world and problem-solving without her mom and solving her first case. In the second film, she’s set herself up as a detective in London, just like Sherlock. Henry Cavill returns to the role of older-brother Sherlock, and apparently a big chunk of the movie hinges on their relationship. Millie and director Harry Bradbeer spoke with Deadline this week about the film, and Millie’s quotes about Henry Cavill are going viral. Some highlights from Deadline:

Who is the least likely to “break” on set? “I would say Henry. Henry is a problem solver. He’s a very rational man. Me, I’m a bit manic. I’ll try everything in order to solve something. Whereas he usually just gets it dead on right.”

MBB on how good Cavill was acting with a young actress: “It’s shocking because he doesn’t have any sisters. So, for him, it must be completely different. I have a sister, a brother, and an older brother. So, I’m very much used to that kind of dynamic. I had to implement a lot of that into my relationship with Henry offscreen and onscreen and just pull him out of his comfort zone.

The difference between her working relationship with Henry Cavill vs. Stranger Things’ Noah Schnapp and Charlie Heaton: “It’s different because I grew up with Noah and Charlie. I met them when I was 10. So, for me, it does feel like your schoolmates. And with Henry, it feels like a real adult relationship. Like a really good friendship, a really healthy one. One that we have terms and conditions. I know Henry. He has terms and conditions with me. I’m not allowed to ask about his personal life. It’s like, “Millie, shut up. No.” And I’m like “Understood.” Whereas with the Stranger Things kids, it’s different. There’s no boundaries because it’s like we’re all siblings. But with Henry, he’s very strict with me, which I appreciate.

People are bringing up the fact that in 2018, when Millie was 14 years old, she repeatedly talked about how she was/is “close friends” with Drake, who was 31 years old at the time. Drake is gross though, and he has a history of grooming teenagers and I still believe that was what happened there. I don’t think that’s what Millie is saying here – she’s 18 years old and I suspect she’s saying that Henry Cavill treated her with respect, like she was a grown-up actress and colleague. Then she would ask him about his romantic life and he would remember how young she is and he would shut it down. It sounds like Cavill was enforcing healthy and professional boundaries with a young colleague? But what do I know. 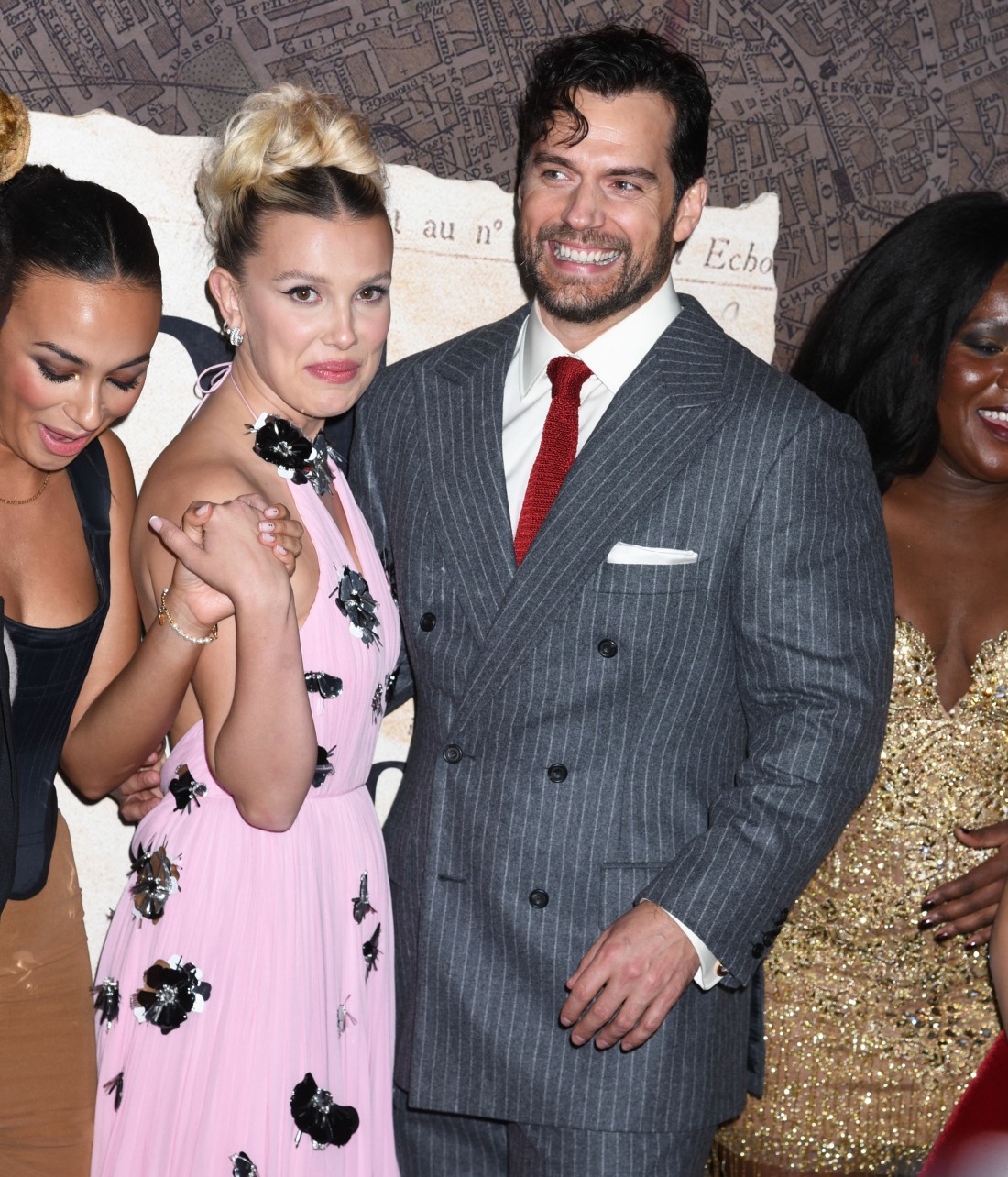 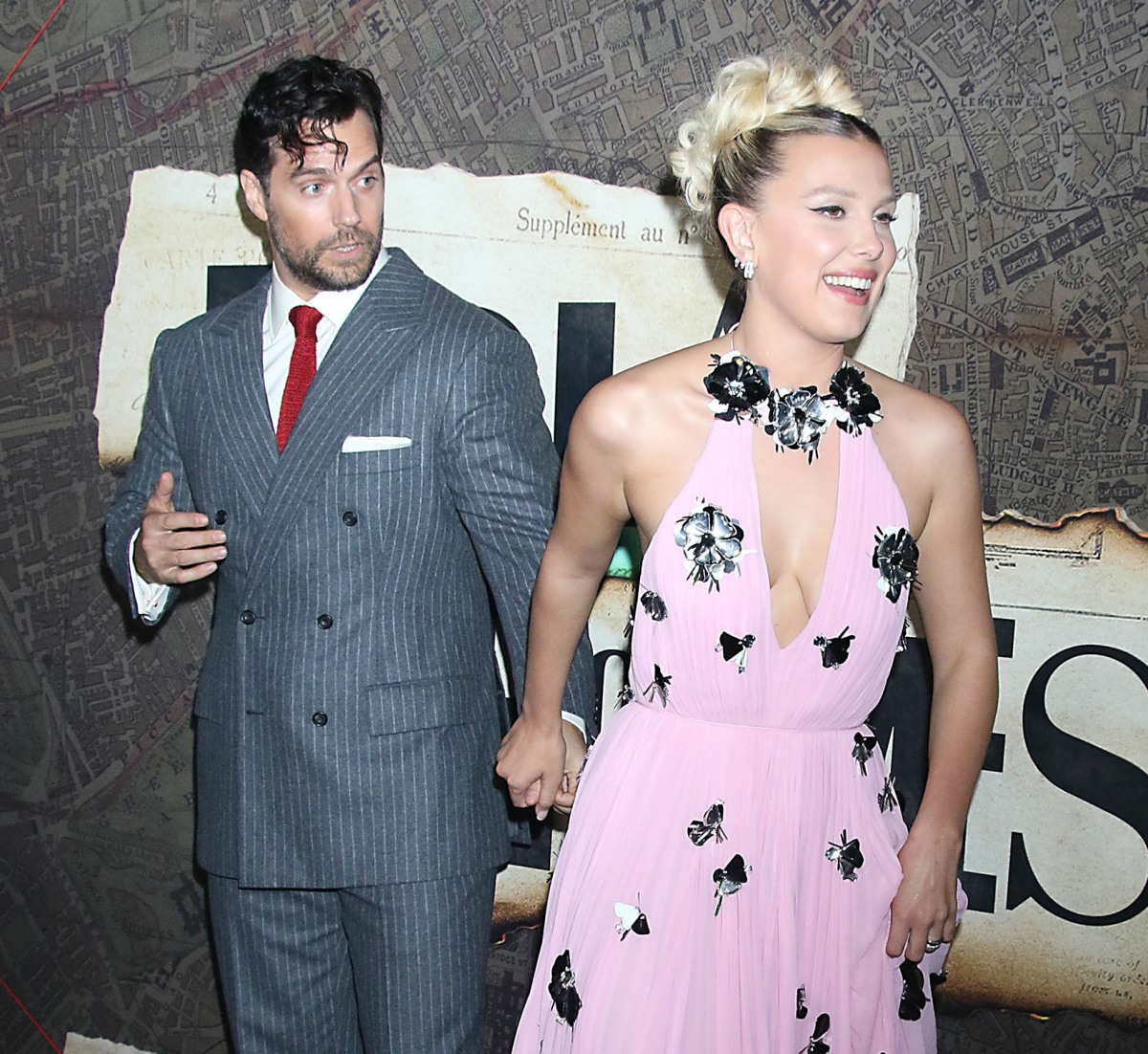