Molly-Mae Hague and her boyfriend Tommy Fury have been dating for almost three years after meeting on Love Island, and it seems Molly-Mae is more than keen to tie the knot

The PrettyLittleThing creative director, 22, and pro boxer, also 22, recently took the next step in their relationship by buying their first home together.

They are renovating the £4m Cheshire property and starting to settle in, along with their two adorable cats.

Molly-Mae and Tommy have had to quash engagement rumours several times in the past, but the influencer was referred to as ‘Mrs Fury’ directly when she went to support her beau at his fight.

The social media star was the ultimate cheerleader for Tommy as she cheered him on at Wembley Stadium this weekend, where he floored his opponent in the fifth round.

In a chat with Frank Warren at the event, Molly-Mae was introduced as if she had already wed Tommy, which the interviewer quickly corrected. 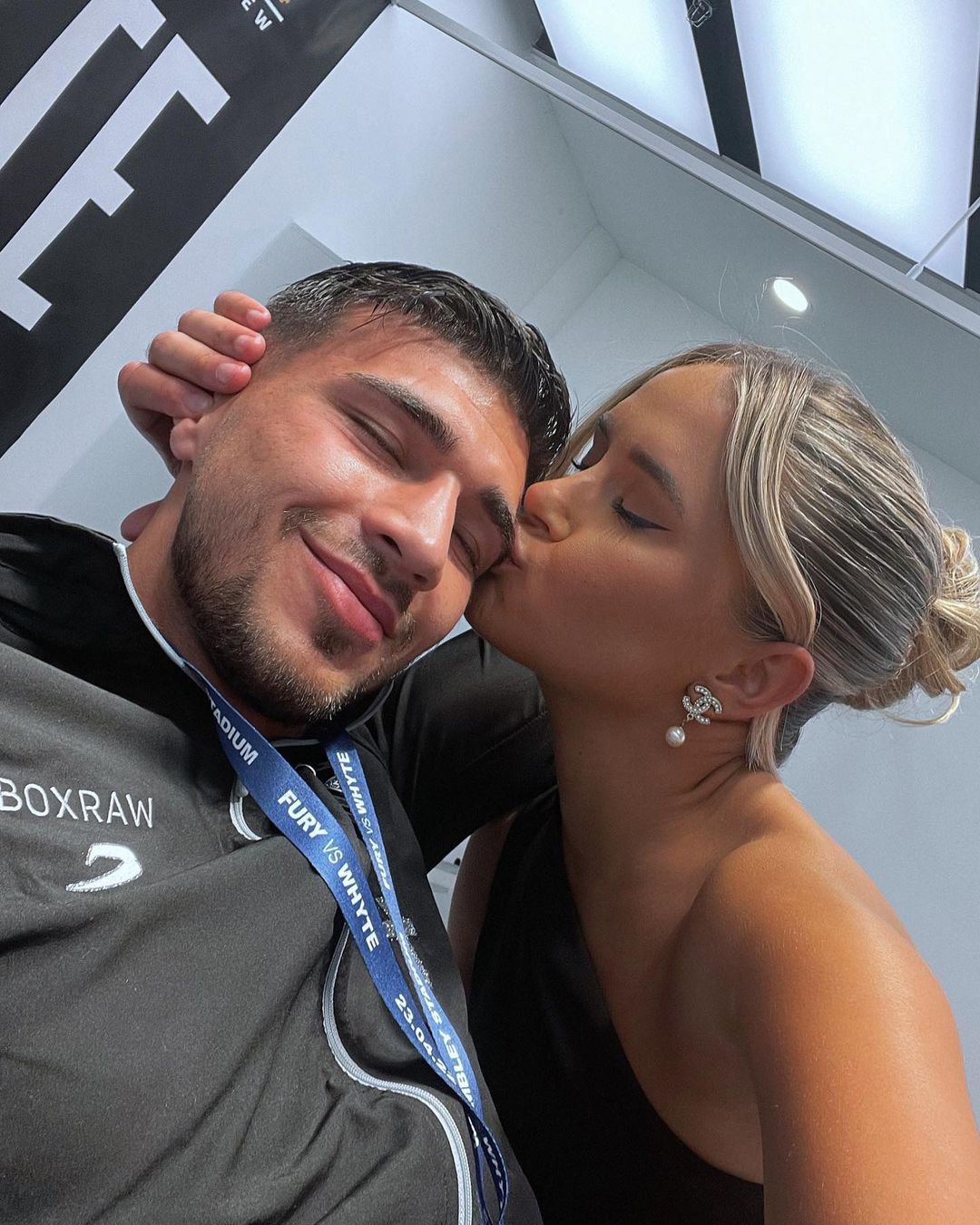 But Molly-Mae laughed off the boxing promoter’s blunder as he apologised, joking: ‘It’s fine, don’t worry.’

‘Maybe soon, hopefully,’ she laughed, hinting that we could be hearing wedding bells in the near future.

Molly-Mae also revealed that she hadn’t spent any proper time with Tommy for about two months while he trained for his fight, so she was thrilled they could now ‘be a couple again.’

Following her boyfriend’s triumph, she said: ‘I’m proud and so relieved and I know he will be too.

‘We waited so long for that moment and now we’ve got the win we can relax and actually be a couple again because I feel like I’ve not actually seen him for two months now so it’ll be nice.’

She also admitted it isn’t easy watching Tommy in action in the ring, where he took on Polish boxer Daniel Bocianski in the ring.

‘I don’t actually watch him, I watch the screen,’ she revealed to BT Boxing Sport. ‘That’s my way of dealing with it. I think to watch him in the flesh it feels much harder, so I watch the screen and that relieves a little bit of the stress, but I’ve got nail marks in my arm from where I’m digging in.

‘It’s horrible, I wouldn’t wish it on my worst enemy honestly. The fear of watching your person in a ring is not nice.’

But, it was celebrations all round after Tommy came out on top, as well as brother Tyson Fury who later won his anticipated fight against American Dillian Whyte in the sixth round.