BBC Breakfast’s meteorologist Matt Taylor, 44, shared a GIF of long-running clay character Chas – best friend of Morph – riding on a train with his arms in the air, to detail his train journey. Presenter Naga Munchetty, 45, couldn’t resist making a cheeky comment on his post.

Matt commented: “Live footage of me on the train to work.”

She replied: “We’re all beautiful x.” 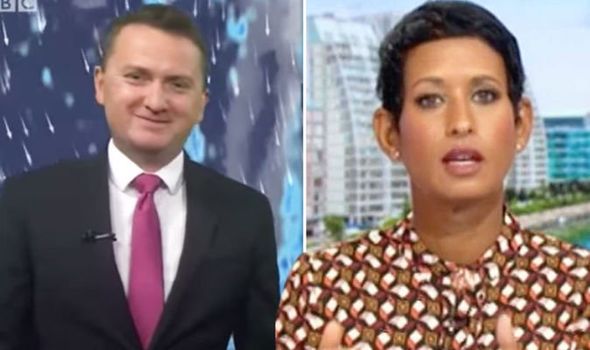 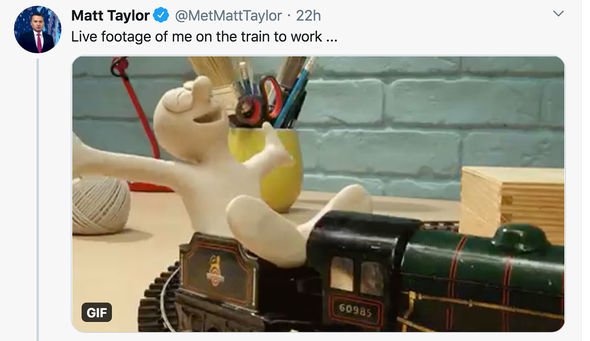 Matt also replied: “As you can clearly see from the footage, I had the entire train to myself – masks… and clothes optional!”

A third penned: “I used to commute with your wife Clare. You KNOW it is not like that AT ALL!!”

He replied: “You obviously chose the wrong carriage Mark – you want the ‘party zone’ rather than the ‘quiet zone’ next time.” 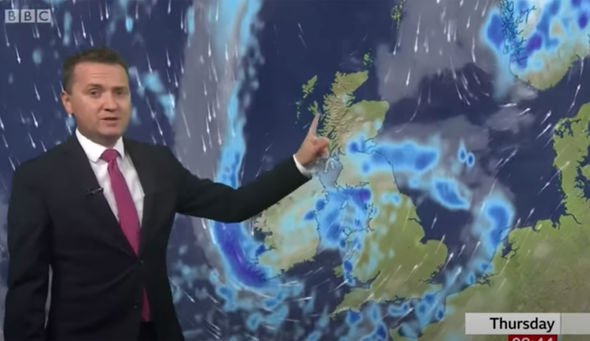 Due to his shift patterns with the BBC, Matt tends to avoid a packed train on his commute.

He recently shared pictures of a quiet central London past 10pm on Twitter.

The snaps included empty streets and a deserted train station.

He commented: “Shiftwork can be crippling sometimes but I do get to see central London in a way many others don’t.”

Matt has been working as part of the BBC Weather team since 2004.

Elsewhere, Naga is no stranger to interacting with her fans and colleagues on social media.

At the weekend, the presenter said she was “feeling strong” after a workout.

The BBC star took a selfie as she stood in front of her television which showed her co-star Charlie Stayt sitting on the famous Breakfast sofa.

She wrote: “Cooling down with my @bbcbreakfast buddies.

“It’s been some time since I felt strong while running – Today was that day – Felt good.

“Maybe it was Mr Motivator inviting Charlie to workout with him in a leotard that spurred me on?”

BBC Breakfast airs daily from 6am on BBC One.