Nick Cannon has a lot to be excited about right now. For starters, The Masked Singer is coming back to FOX soon, which, honestly, help. Secondly, he’s the proud father of seven cute kids! Nick has made a lot of headlines for welcoming three children from different relationships in the past year, but there’s no need to side-eye or judge. Nick just isn’t into monogamy—but he is into having a big, happy, blended family.

“I’m having these kids on purpose,” Nick recently said on Power 106. “I didn’t have no accident. [There were] a lot of people that I could’ve gotten pregnant that I didn’t. You only live once.”

The host has also spoken candidly about not being in a monogamous relationship, explaining on ExpediTIously, “I knew I would never get married again once I stepped away from that. That construct is not designed for me. I gave it my all because, even before that, I didn’t believe in marriage but shit, it was Mariah Carey. Whatever she say, I’m with it! If I’ma marry somebody, I’ma marry her.”

Obviously, Nick and Mariah are no longer together, but Nick does appear to be in several committed co-parenting relationships, so we’re taking a look at his dating history right now. TBH, it’s not that complicated!

Nick and Abby welcomed twins Zion Mixolydian and Zillion Heir in June 2021, a few months after Abby opened up about her and Nick’s relationship in a since-deleted Instagram post:

Nick and model Jessica White have dated on and off, and Jessica recently implied that Nick wasn’t forthcoming about Brittany Bell’s pregnancy (more on that in a second). “She was aware that I just had a miscarriage two weeks prior to her news coming out because he told me that he told her,” she said on Hollywood Unlocked back in January. “I was living at his house, and she knew that, as well. But I found out on Instagram along with the rest of the world.”

Nick and Brittany were dating on and off since his first split from Mariah Carey in 2014. In 2017, they welcomed a son named Golden, and in 2020, they welcomed a daughter named Powerful Queen.

Nick and Mariah got married in 2008 and had twins named Moroccan and Monroe in 2011. They split in 2014, then reunited, but officially divorced in 2016. They’ve remained on decent terms ever since and co-parent their kids! 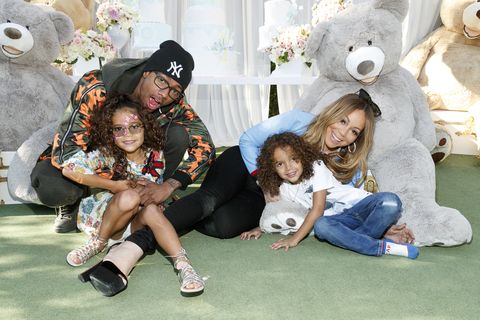 Nick and Selita were engaged for five months in 2007, and even though their relationship was relatively short-lived, they definitely had time to do the red carpet thing: 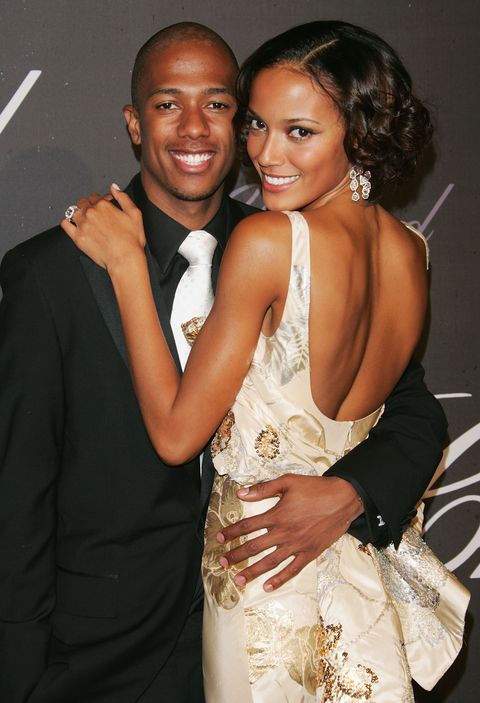 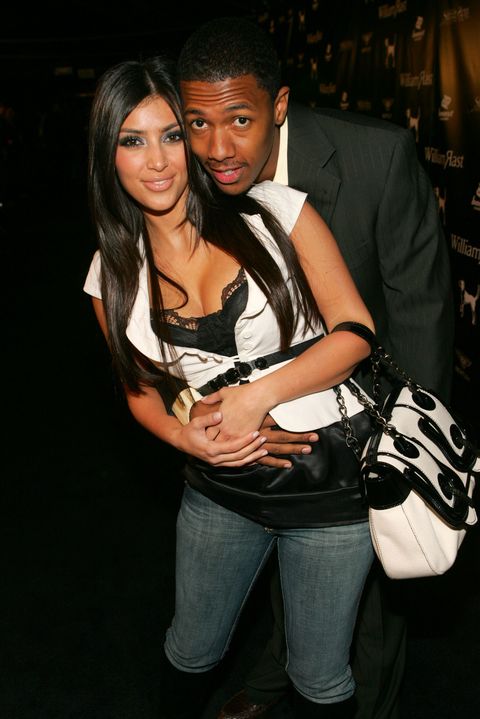 Kim and Nick dated in 2006, shortly after her relationship with Ray J ended. Apparently, they got together after meeting on the set of Moesha, where Kim was styling Brandy.

Nick and Christina worked together on Love Don’t Cost a Thing and dated for about two years, until she accused him of cheating. Back in 2019, Christina claimed to find texts that proved Nick was unfaithful, telling E! News,

Nick responded to the allegations on the Power 106 radio show, musing, “I don’t think I did anything wrong,” and saying, “I wasn’t cheating, you got to be in a relationship to cheat.”

Yikes! Anyway, Nick is clearly an amazing dad to his kids, and the specifics of his current relationship status is probably no one’s business but his!