Piers Morgan, 55, has hit back on Twitter after it emerged his Meghan Markle comments on Good Morning Britain last week were the most complained about TV moment ever. Ofcom confirmed the news today, revealing the moment led to 57,000 complaints.

Piers was quick to respond to the news earlier today in front of his 7.8 million followers.

He wrote: “Only 57,000? I’ve had more people than that come up & congratulate me in the street for what I said.

“The vast majority of Britons are right behind me.” 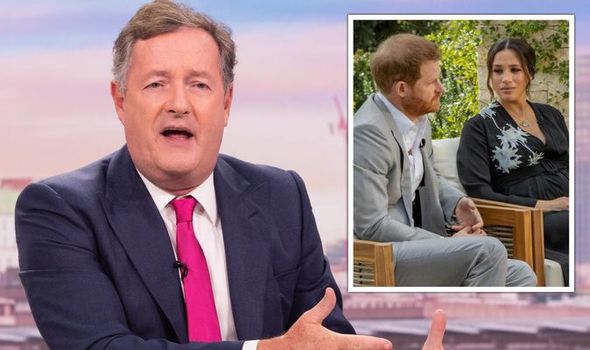 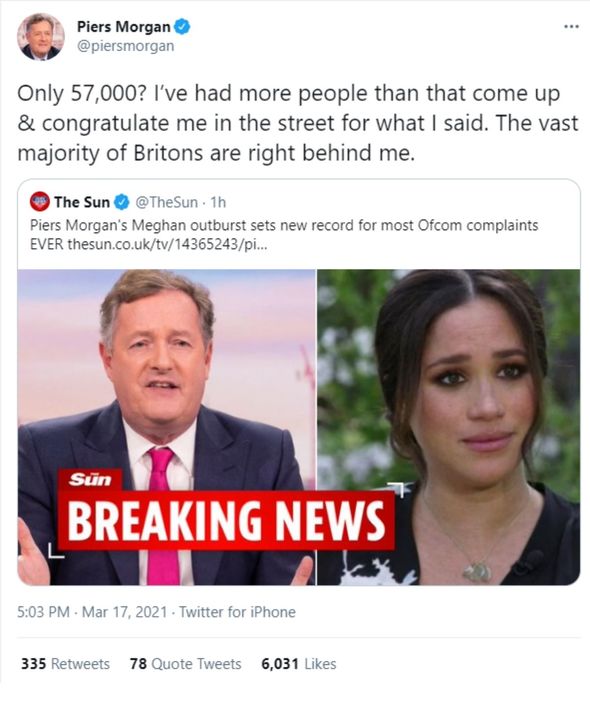 During her landmark chat alongside Prince Harry, Meghan opened up about racism she had experienced as well as her own mental health.

The Duchess of Sussex told Oprah how she had felt suicidal at times after joining the Royal Family.

On the morning after it aired in the US, Piers told GMB viewers how he didn’t believe anything Meghan had said.

This led to condemnation from many stars as well as criticism from leading mental health charity Mind.

However, in an update earlier today, this was upped to 57,121 complaints to the regulatory body.

This means the moment is the most complained about in British television history.

Celebrity Big Brother held the title before following the 44,500 complaints over the Shilpa Shetty incident.