Paul, 49, is known for his quizzing knowledge, which landed him the role on The Chase, in which he battles contestants to stop them winning their prize fund earnings. Unfortunately, during last night’s episode of ITV’s latest offering Beat The Chasers, The Sinnerman made a big error which he has since addressed.

Paul had incorrectly answered a question during a round which he admitted impacted his confidence.

In view of his 149,000 Twitter followers, Paul admitted his “confidence took a battering” after the blunder.

He wrote: “Rest assured I know the difference between carbon dioxide and coca cola. The adrenalin of buzzing the previous four meant I spoke before my brain had processed.

“A valuable lesson learnt. As you could see, my confidence took a temporary battering.” 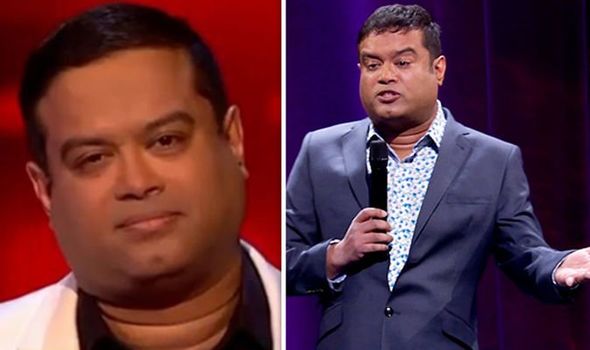 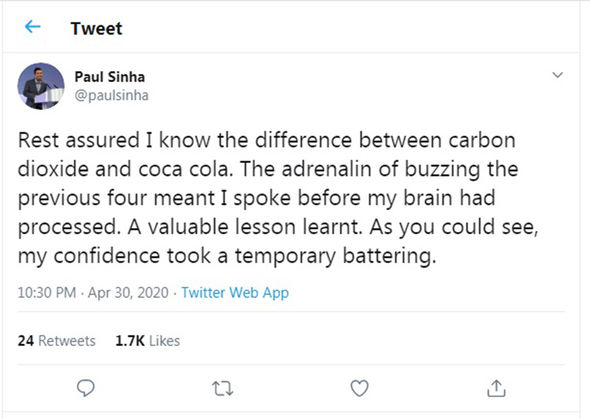 It comes after the quizmaster and his co-stars Mark Labbett, Anne Hegerty, Jenny Ryan and Shaun Wallace went head-to-head with contestant Alex.

He said: “Well, I’m not big headed enough to assume that it’s your ambition to beat me but you’re going to have to work hard to beat me today Alex.” 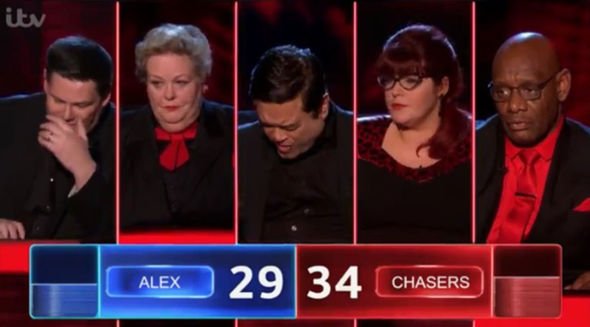 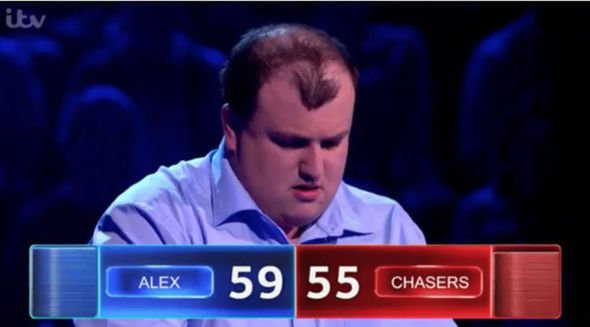 Midway through the game, Bradley Walsh asked the Chasers: “What gas makes the cherry aid in coca cola fizzy?”

Paul hit his buzzer and replied: “Coca cola,” before realising his error with the correct answer being carbon dioxide.

A mortified Sinnerman shook his head in frustration after getting the question wrong.

It seemingly appeared the blunder impacted the rest of his round as Paul didn’t answer any further questions.

Fans flocked to comment on Paul’s performance, as many social media users attempted to reassure him.

One fan tweeted: “Paul, your buzzing was phenomenal. One error doesn’t change that. My family are loving the new #BeatTheChasers show & hope @itv recommission series two for @ITVChase fans.”

“You all did extremely well. Don’t let it bother you @paulsinha,” another person remarked.

A social media user commented: “Great show tonight, love seeing a bit of the Chasers characters coming out. Paul you were hilarious.”

While a fourth person added: “The heat of the moment. Everyone was trying to buzz in quickly, and sometimes jumped the questions. It wasn’t just you. You are all doing very well.”

Despite the error, the Chasers managed to defeat contestant Alex who didn’t win the prize money.

Elsewhere, Paul addressed accusations that he gave fellow Chaser Jenny a “dirty look” on the new show Beat The Chasers.

It comes after The Sinnerman gave a look towards The Vixen after she got a question wrong.

Taking to Twitter, the star explained the look wasn’t malicious, it was pure frustration with himself for not getting the answer right.

“I did not give @jenlion a dirty look,” he explained. “I didn’t know the answer. And Jenny takes a lot of hits by buzzing in with pop culture guesses when the rest of us are clueless.”

Paul added: “My annoyance was with me for not knowing the answer.”

Beat The Chasers airs tonight on ITV at 9pm.