Phillip Schofield hit the headlines in February after coming out as gay in an Instagram post and later discussing his sexuality on ‘This Morning’. The ITV star has been married to Stephanie Lowe for 27 years and currently there are no plans for the pair to divorce. His wife revealed that she would stand by the host until he found love again and has remained by his side during the coronavirus lockdown. The couple met while she worked as a production assistant with CBBC in the mid Eighties. They were married by 1993 and have two daughters, Molly and Ruby. In an unearthed interview, the star explained the unlikely beginning to their relationship and the unusual way they got together.

When Phillip Schofield met his future wife, the star’s TV career was booming and he had suddenly attracted a catalogue of admirers.

At that time, he was named ‘Britain’s Most Eligible Bachelor’ in a magazine poll and was reported to have been inundated with “sexy suggestions” in fan mail.

The pair were claimed to have “hit it off” after being introduced by radio presenter Andy Crane at a party and while no relationship was confirmed, rumours were rife.

Phillip explained that they “knew each other for years before anything happened” in a 2004 Daily Mirror article.

Their relationship was revealed to have started shortly after he had finished filming the BBC travel show ‘Schofield’s Europe’. 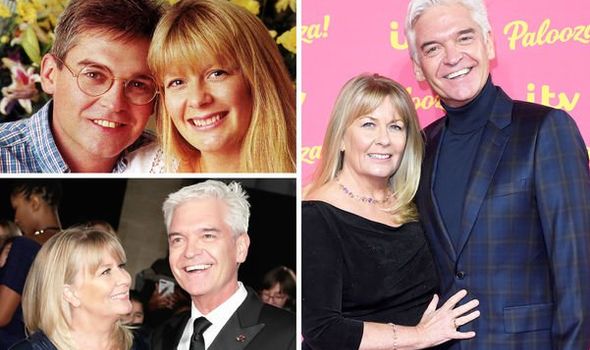 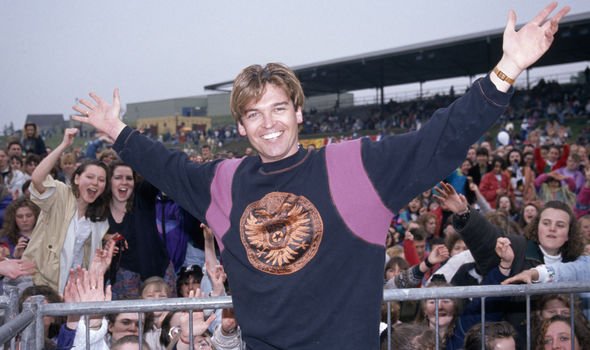 He said: “I went away to film two series of Schofield’s Europe and Steph was moving out of her flat so I said, ‘Stay here’.

“She moved in as a sort of house-sitter and never moved out. That was that.”

After Phillip returned it appeared that romantic feelings and tension was kindled between the pair, which he believed led him to make “the first move” – or so he thought anyway.

Despite Phillip’s rising fame, Stephanie was reported to remain supportive and encouraging – batting away rumours about the star’s “TV wives”.

They emerged when he started on ‘This Morning’ in 2002 alongside Fern Britton, after John Leslie left the show. 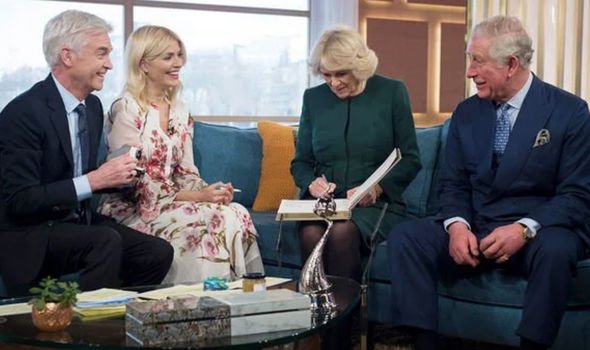 Holly Willoughby would replace her seven years later and on ‘Dancing on Ice’ the presenter would also star alongside Christine Bleakley.

He said: “I know that I am a very lucky man to work with all these gorgeous women.

“But my wife isn’t jealous. She knows she’s the only woman for me.”

Phillip recalled that Holly found the task of presenting a flagship daytime show “daunting” at first and that their friendship helped her to overcome nerves.

He added: “She was terrified for the first week, but then she fitted beautifully into place and before we knew it we thought, ‘Oh my God, we could have been doing this for years’.

“I think the chemistry’s there because off screen we are firm friends. What’s lovely is that I know Dan, Holly’s husband and they know Steph. 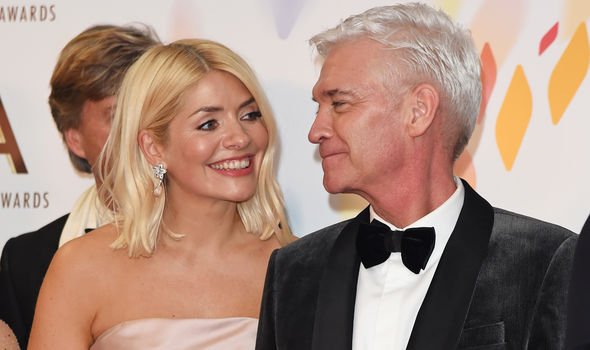 “We’ve had some really lovely nights out together – and some fairly raucous ones, too!”

Phillip commented that he had to “be very careful” while starring alongside “attractive” co-hosts and struggled to keep all of his “TV wives” happy.

He said: “I’m sure any sensible bloke would agree you sometimes have to dance very delicate steps where women are concerned.

“Blokes have to be very careful about their reactions to things and what they say.

“I occasionally have to do a very delicate dance but I think I’ve got it down to a fine art now.”