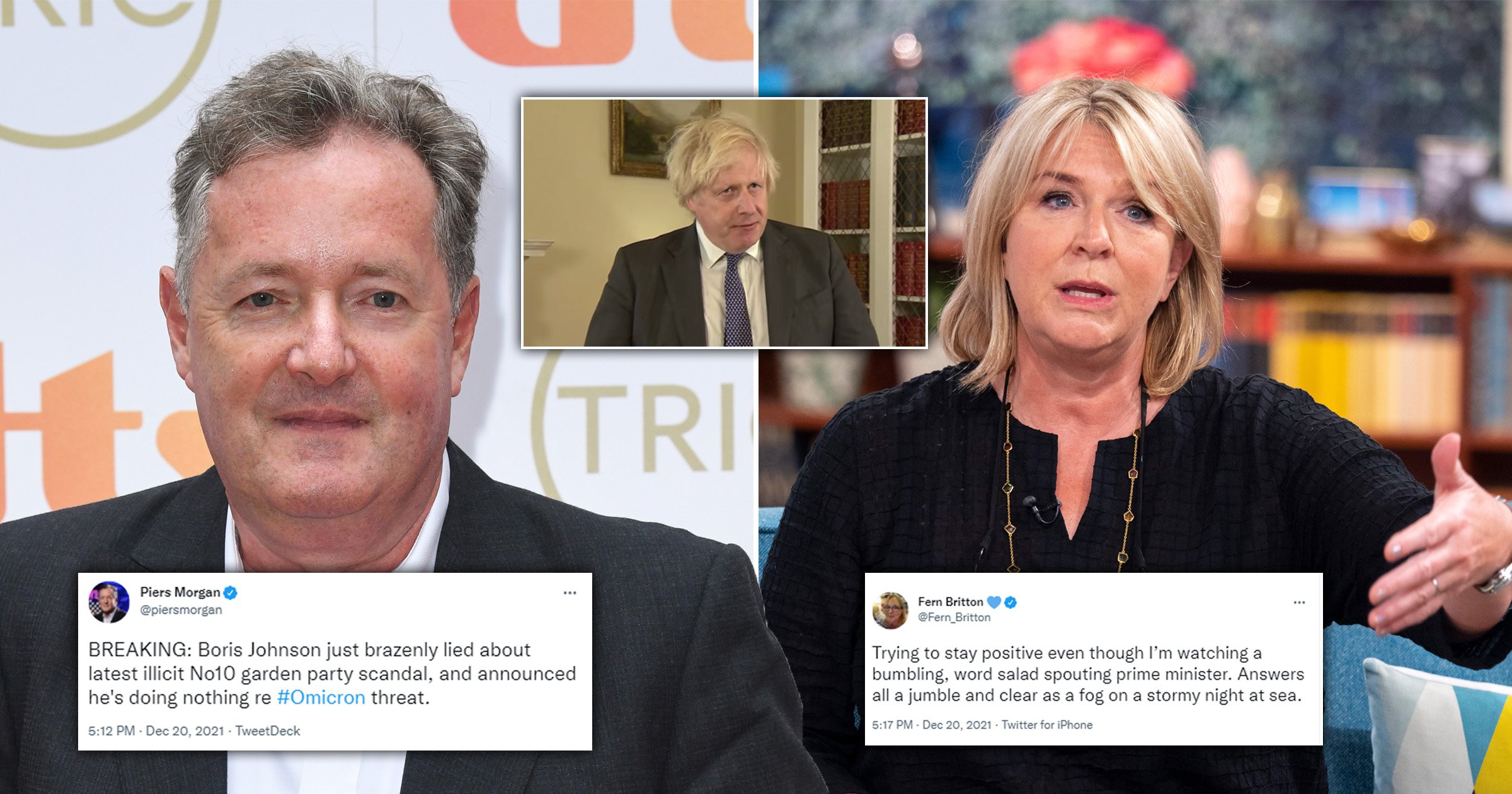 Piers Morgan and Fern Britton have torn into Boris Johnson as he ruled out immediately reimposing restrictions, despite Covid-19 numbers continuing to rise.

The Prime Minister warned that the situation is ‘extremely difficult’ in the lead up to Christmas, with a steep rise in hospitalisations in London.

After gathering the cabinet for an unscheduled meeting earlier today – hours after a picture emerged of him at a garden party last May – he warned that new measures could be enforced soon.

Taking to Twitter shortly after, Good Morning Britain presenter Piers laid into the PM and slammed his actions over the last few days.

Not quite done there, he followed that up with: ‘”Boris Johnson delays decision” – the four least surprising words in the English language.