Over the summer, RHOA’s Porsha Williams clapped back at trolls who body-shamed her for posting pictures of herself after giving birth to daughter Pilar Jhena (“PJ”) in March. In an Instagram post, she wrote that she wants to encourage other moms and that “I actually adore my lil marks and feel like it’s a… badge of honor, which was nice. Porsha sounded upbeat and confident, and really happy to try to encourage other moms to similarly celebrate and love their bodies.

Now there’s news that Porsha’s financé, Dennis McKinley, who had cheated on Porsha while she was pregnant with PJ, told herthat he did it, in part, because of Porsha’s postpartum depression. Oh, really?. This came out during a recent episode of the show:

The couple — who have since reconciled but at the time of filming, were living apart and splitting time with their daughter Pilar “PJ” Jhena, now 8 months — came together for a counseling session with Dr. Sherry Blake.

One of the looming questions for fans has been why McKinley cheated on the first place, as the pair appeared to be head-over-heels in love on the show.

McKinley, 43, answered that question in therapy, admitting that he strayed outside his relationship because he was sexually turned off by Williams during her pregnancy and afterward, as she battled postpartum depression.

“We had a rough pregnancy, all the way from start to finish,” McKinley said. “Sex during pregnancy, it’s nothing what a man wants to do … and after PJ got here, postpartum was very real. We cried together like every night. That’s not a good enough why, but that’s the why.”

“It was a poor decision and it was a selfish decision,” McKinley continued. “I made a mistake, I cheated. … I’ve done my best to let Porsha know that I love her and I’m remorseful and apologetic. The priority for me is the baby.”

Porsha wasn’t impressed with Dennis’ description of his behavior as “a mistake.”:

“A mistake, to me, is taking the wrong exit. You don’t make a mistake and set up with someone and cheat,” said Williams, 38. “That’s not where he need to be in order for me to heal and move forward. He needs to be in a place in my eyes where he’s taking full accountability for his actions, period. No matter how it looks and feels. It insults me when he says mistake.”

Dennis assured a hesitant Porsha that he wanted to work on their relationship rather than choose to live separately and co-parent, and apparently they are planning on getting married.

Poor Porsha and PJ. Dennis is responsible for his behavior and choices, and it’s abominable to try to pin the reason he cheated on Porsha’s PPD. No. You support your partner as best you can and make sure that you both get the help you need to navigate that. It’s also sh-tty to call cheating “a mistake,” as Porsha told him. No, it’s a choice. If you make it, own it. It seemed that Porsha was unsure about Dennis’ sincerity, and told him that if he didn’t want to be married to her, that would be fine. I just hope she doesn’t get hurt again.

Note by Celebitchy: The photo below is from January, when Porsha was pregnant. I might say that Dennis is hanging his head in shame. There are maybe two photos in this set where he looks up. 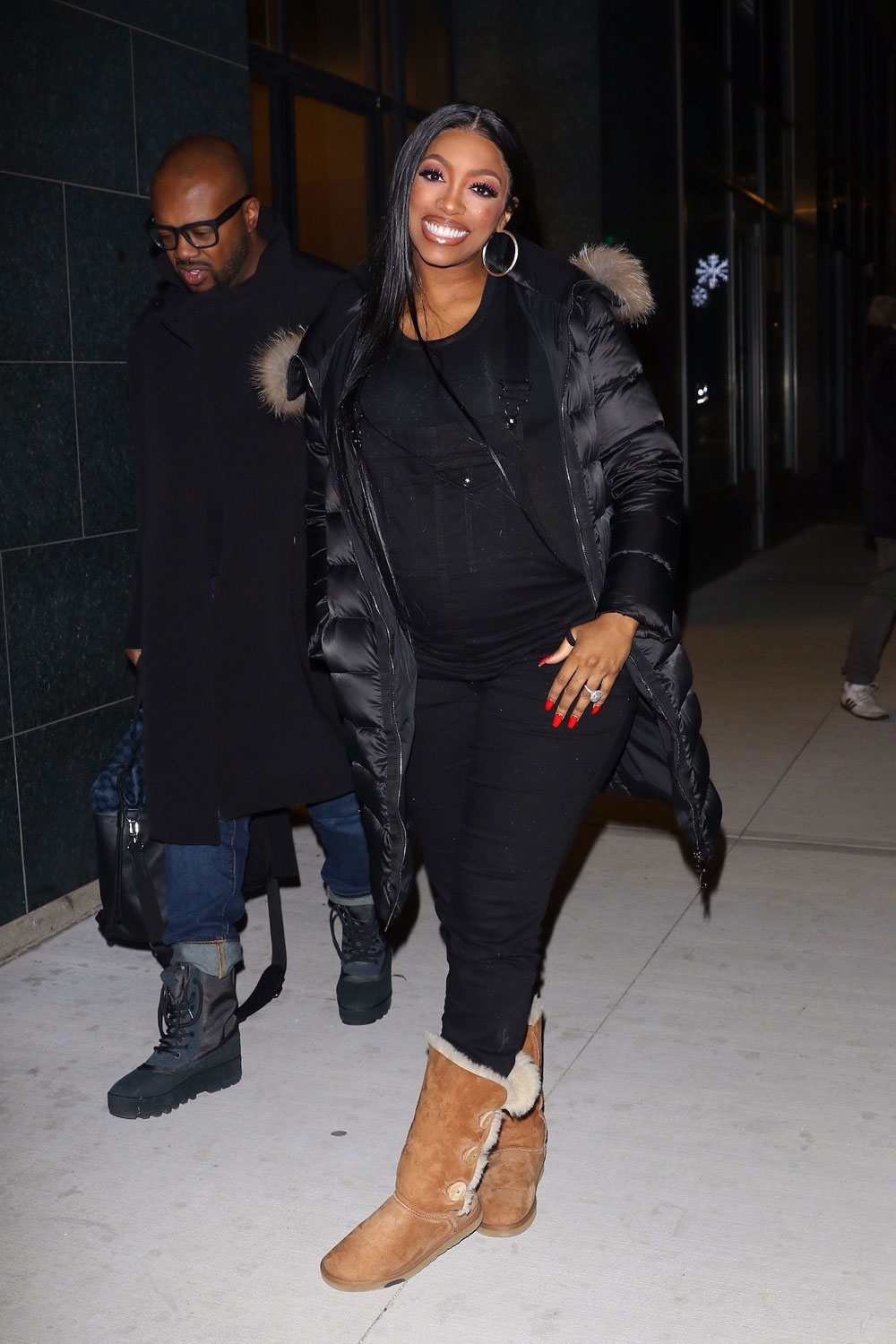 Look at her house it’s crazy!