The stunning actress certainly commanded attention when she arrived on the red carpet with her husband Nick Jonas, 27, in an extremely plunging gown.

Later in the evening at the award ceremony – one of the biggest nights in the music industry calendar – Nick suffered a blunder when he took to the stage to perform with his band The Jonas Brothers. 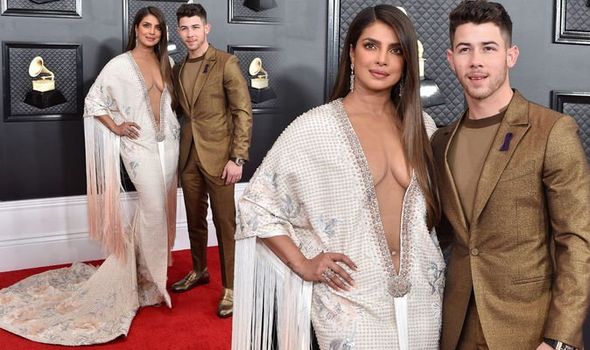 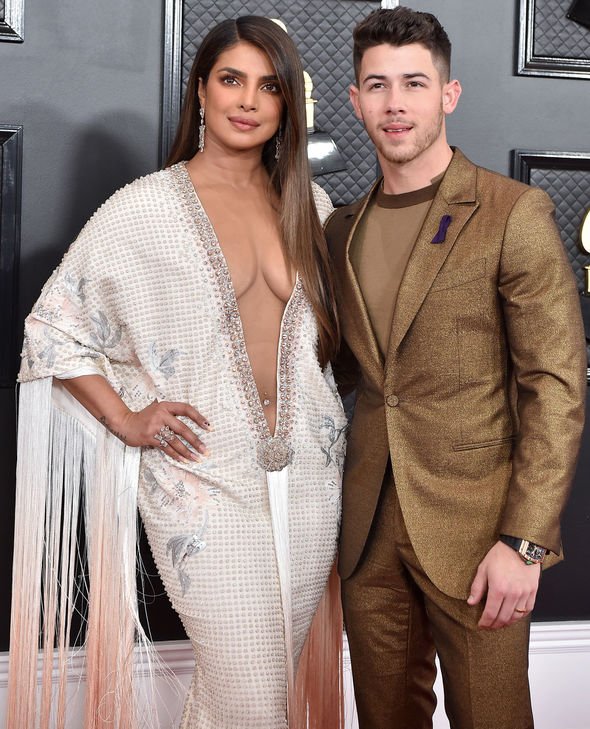 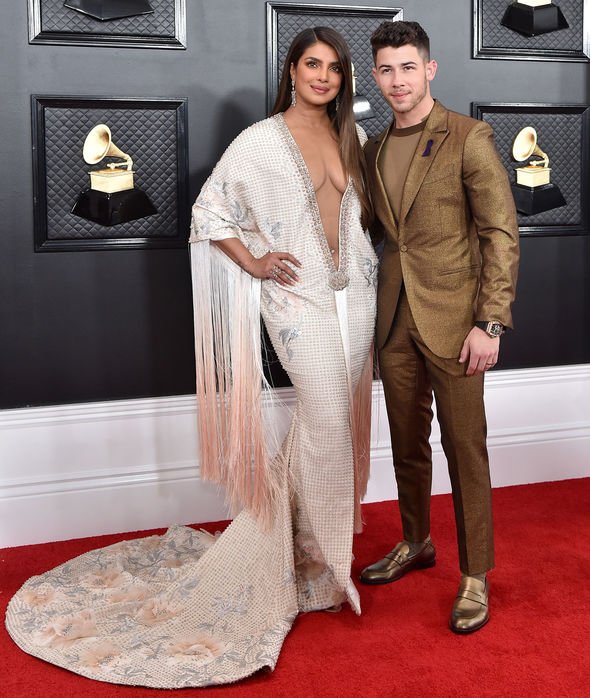 Ahead of the California event, Baywatch star Priyanka sashayed along the red carpet in a sequin encrusted ivory gown.

Her show-stopping dress was embellished with opal stones throughout and peach ombre fringed sleeves.

The daring number, from Ralph and Russo, featured a plunging neckline which ran all the way down to her navel, drawing attention to her ample assets.

As well as her cleavage, the outfit also showcased her toned torso and revealed a piercing through her navel. 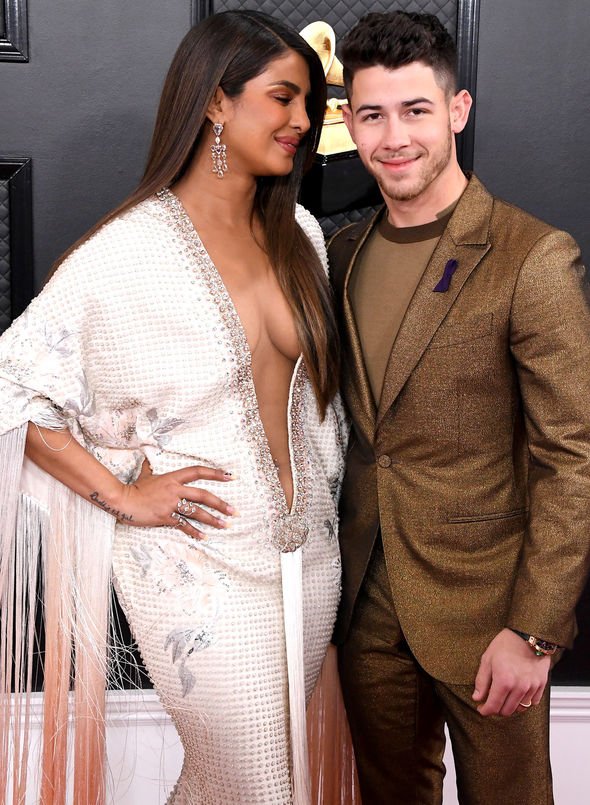 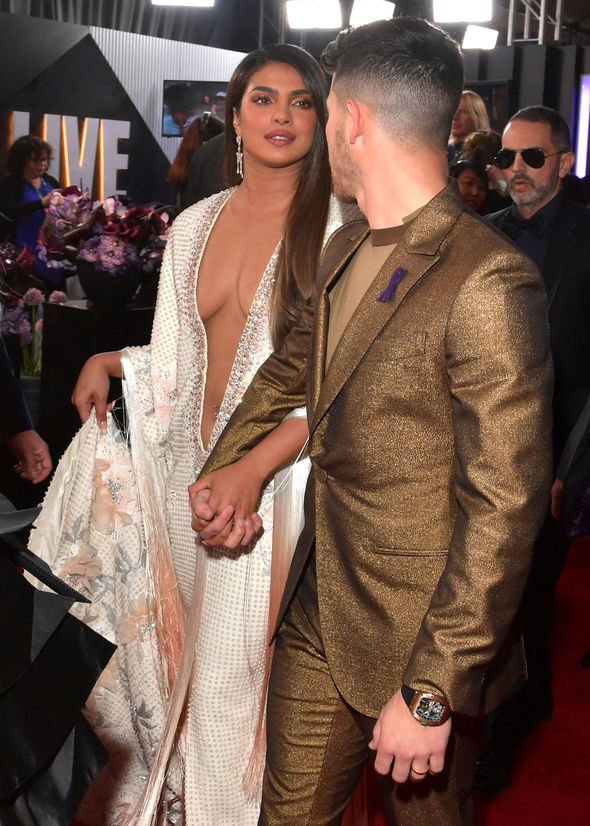 Priyanka wore her dark tresses loose and glam evening make-up when she posed for pictures at the glitzy bash alongside her husband of one year.

Singer Nick opted for shimmery gold suit and T-shirt for the star-studded event.

Later in the evening, he changed into an eye-catching metallic jacket and black trousers to take to the stage with his brothers Joe, 30, and Kevin, 32.

As trio belted out their latest hit track What a Man Gotta Do, eagled-eye viewers at home noticed Nick had food in his teeth and took to Twitter to share their thoughts.

The singer humorously responded by Tweeting: “At least you all know I eat my greens.” 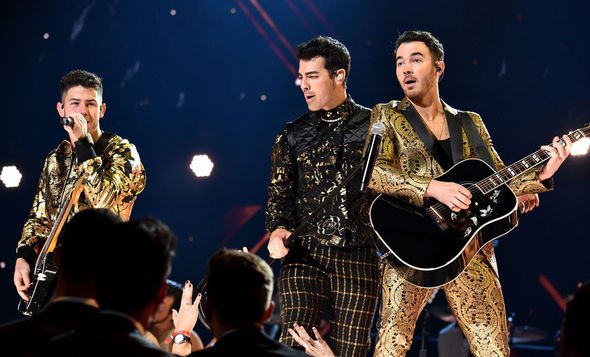 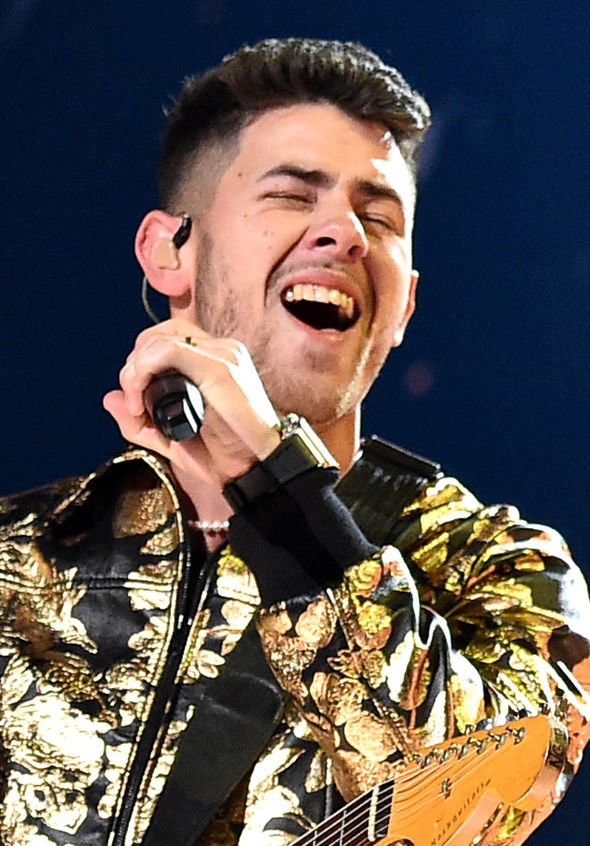 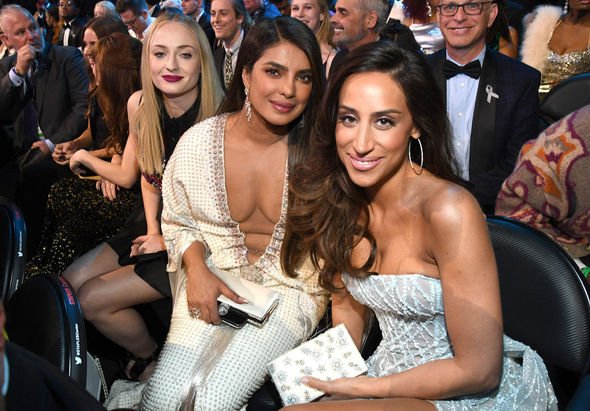 So proud of this fam. Congratulations @jonasbrothers you guys crushed it today. #grammys

As the Jonas Brothers performed on stage, their beautiful wives took their seats in the audience to watch the show.

Priyanka was joined by Kevin’s wife Danielle Jones, 33, and fellow actress Sophie Turner, 23, who is married to Nick.

Posting pictures on her Instagram account after the award ceremony, Priyanka told her 48.8 million followers that she was proud of her family.

She penned: “So proud of this fam. Congratulations @jonasbrothers you guys crushed it today. #grammys,” alongside a picture of the three couples.