Ellen DeGeneres can get the Kardashians to say almost anything!

Over the years, the Kardashian-Jenner family has made countless appearance on The Ellen DeGeneres Show and each visit brings with it a new bombshell or nugget of truth. Whether it’s announcing new babies in the family, responding to controversy or spilling family secrets, the Keeping Up With the Kardashians stars have made some wild and always entertaining confessions to Ellen.

In honor of Kris Jenner‘s latest headline-making quotes about which of her children will have a kid next, we thought we’d take a look back at some of Kim Kardashian, Kylie Jenner and other family members’ most memorable moments on Ellen.

Check out the wildest moments below!

Keeping Up With the Kardashians returns Thursday, March 26 at 8 p.m., only on E! 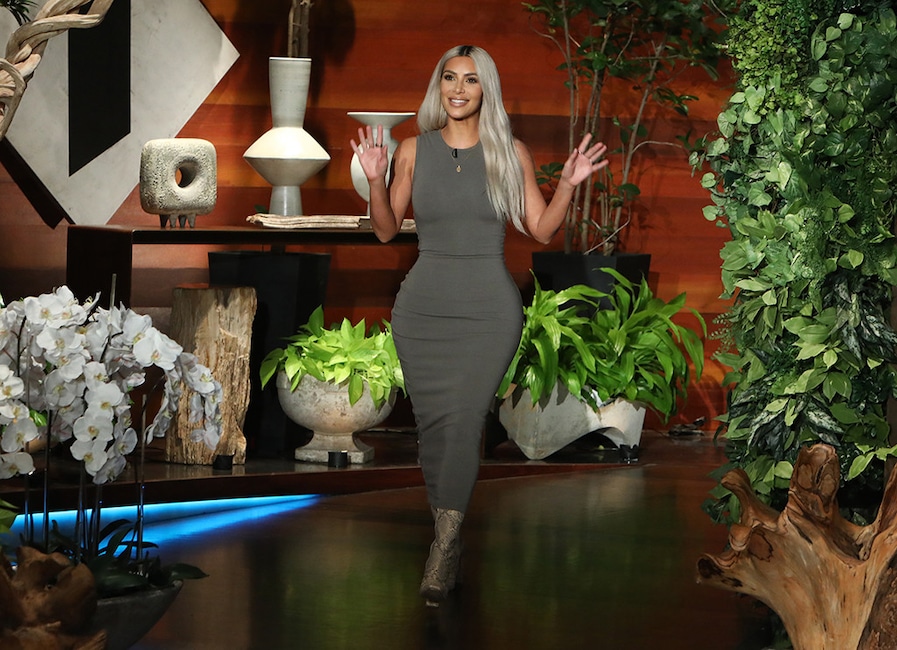 In November 2017, Kim accidentally revealed the sex of her third child. “My daughter [North West] thinks she’s really tricky. We had a baby shower over the weekend. I thought, ‘I really do want to have a baby shower because I want her to feel that something’s coming and for her to really understand it,” Kim said. “People brought toys and gifts. She was opening them all up the next day and she said, ‘Mom, Baby Sister’s not here. I think I need all of her toys in my room. I’ll play with them and just make sure they’re OK for Baby Sister.'”

Ellen replied, “She’s a toy tester…and you just told us it’s a girl!” 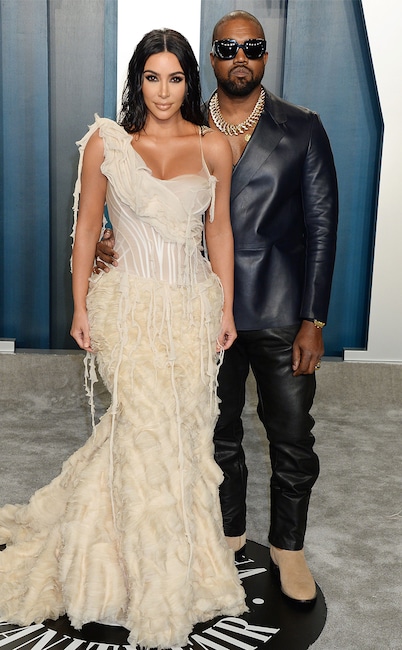 In a September 2015 sit-down, Ellen asked Kim about Kanye West‘s recent announcement that he would run for president in 2020. “That was news to me,” she said, adding, “I believe he is serious and I know that if he puts his mind to something he’ll do his best.” 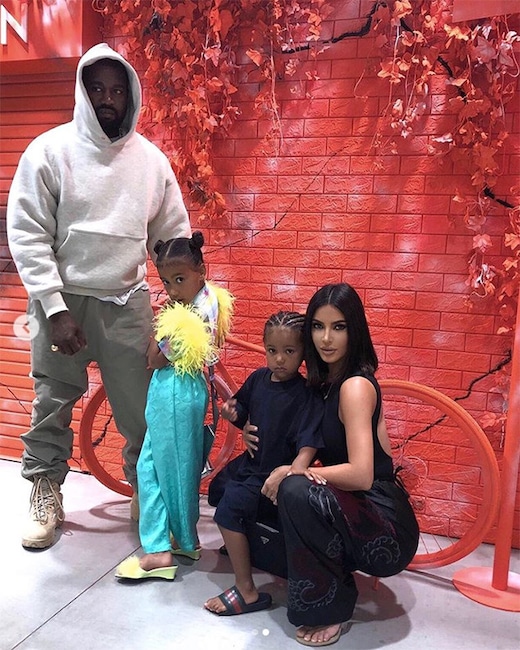 During the same 2015 appearance, Kim gave hints about what she and Kanye wanted to name their second child, son Saint West.  “I do like the name Easton. Easton West,” she said. “I don’t think my husband likes that name, but I do like it. I don’t we’ll go another direction. It’s definitely not South. Every time someone says ‘South’ I just want to roll my eyes. It’s not a good direction.” 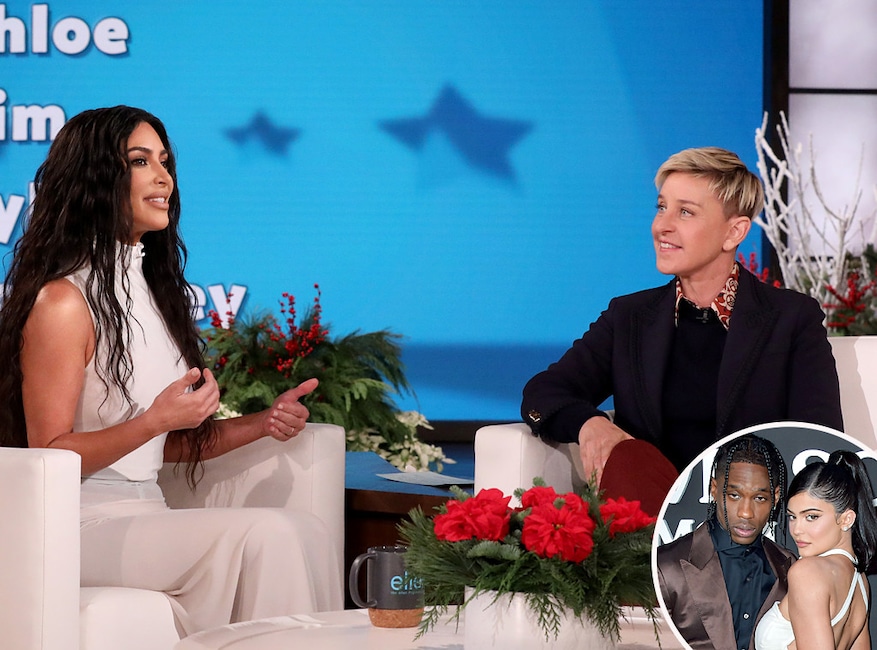 Ellen grilled Kim about whether or not Kylie Jenner and Travis Scott had broken up or not in December 2019. “No, I honestly don’t know,” she said. “But I think that they are really just close friends and co-parenting amazingly.” She did however make one thing clear about the giant diamond ring on Kylie’s finger. “The big ring, definitely they’re not engaged,” she reassured Ellen. 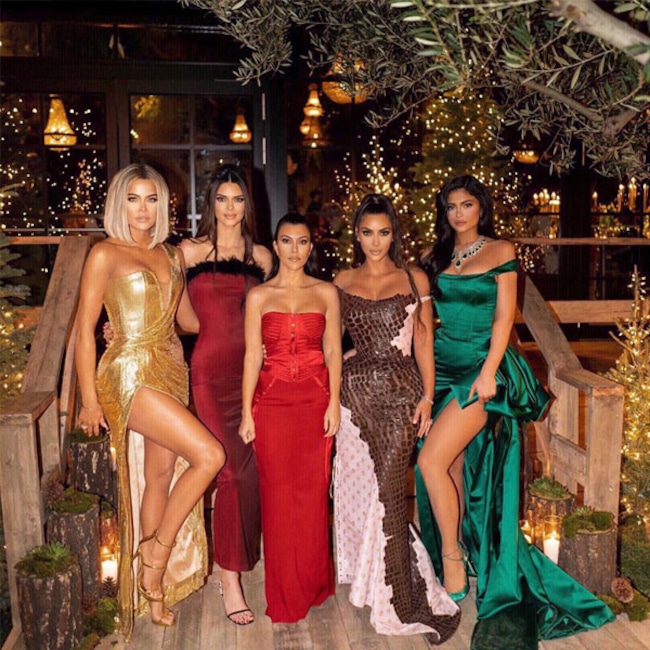 After Kendall Jenner was forced to rank her siblings’ parenting skills on The Late Late Show, Kim revealed how her sisters took the ranking. “First off, in her defense, she did start if off with, ‘You guys, they are all amazing parents.’ So of course everyone is going to take just the order,” Kim said in December 2019. “I completely understand that Kourtney was sensitive about that because she’s an amazing parent. Kendall should have drank or eaten a tarantula, whatever she had to do.” 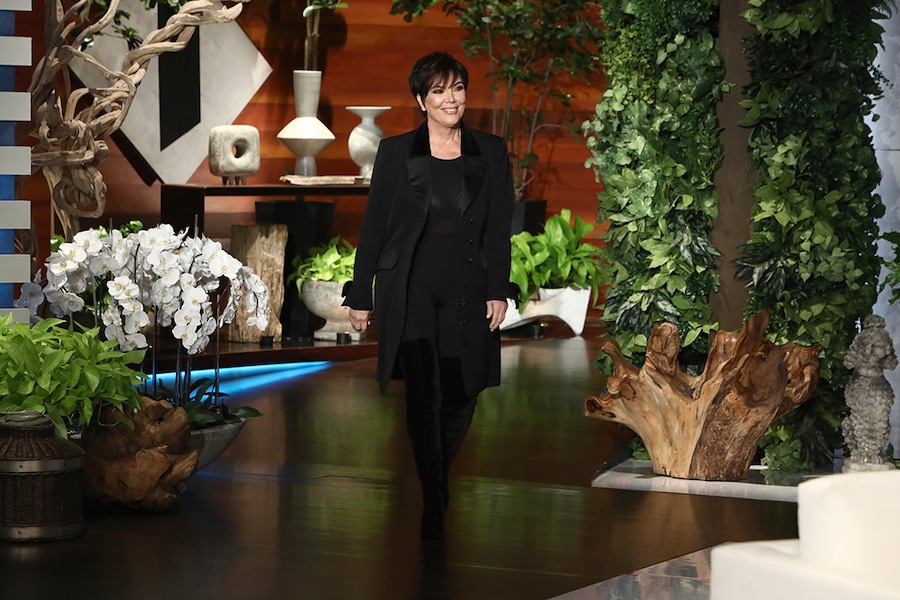 Kris on Her Next Grandkid

While playing “Keeping Up With the Blank” in February 2020, Ellen asked Kris which of her kids will birth her next grandchild. “Kourtney [Kardashian}. Or maybe Kylie…what do you think? I think Kourtney,” Kris revealed, adding, “Maybe Kendall [Jenner].” 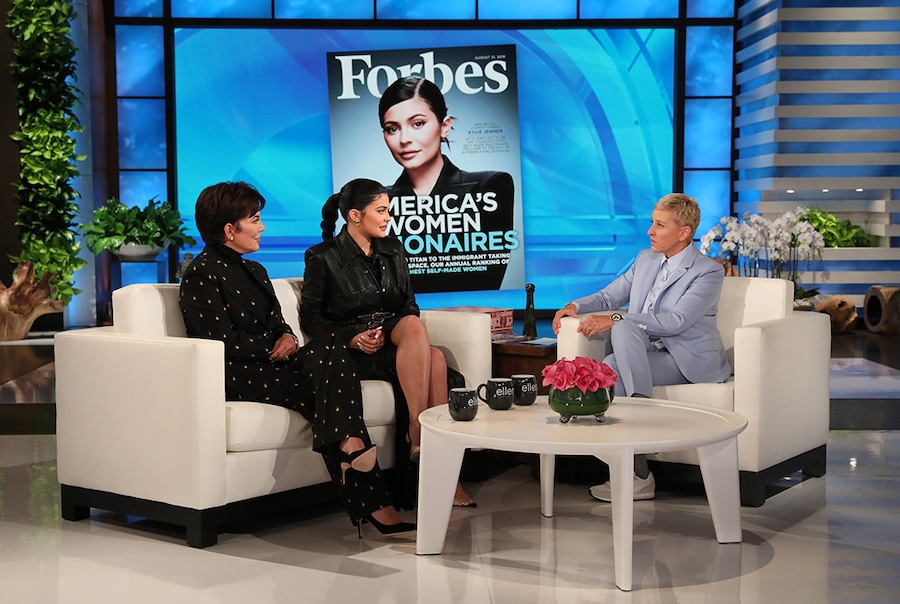 Kylie revealed if any of her siblings give her a hard time about her billionaire status in September 2019.

“It’s only when we, I don’t know, when we’re, like in a group chat talking about where we should go on a group trip, and then everyone’s like, ‘Kylie? Are you going to pay for it?’ Or, just stuff like that,” the makeup mogul dished. “They’re really proud of me, for sure,” 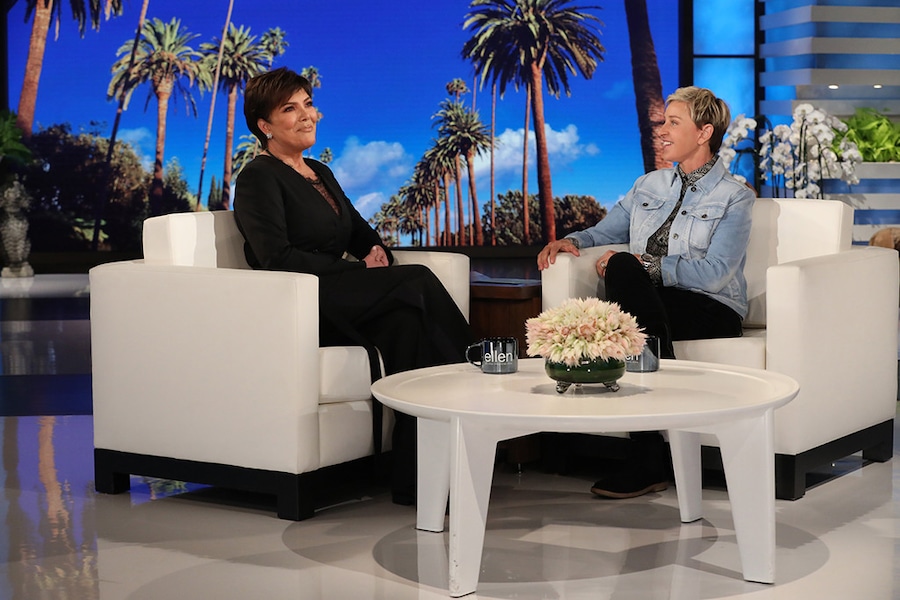 In 2018, Kris opened up about Kanye’s polarizing relationship with Donald Trump.

“My job as a mom is just to be there for my kids and be supportive and love them. You can’t control what somebody else is doing. I can’t always control what any of them do at any time. But I think what I really want to do is be there to help him be the best version of himself that he can be. He knows that we’re there if he needs us. You’re always concerned when there’s controversy and drama and things are going on, and it’s sometimes worrisome. When you have six kids and extended family and nine grandchildren, there’s a lot going on,” she said. “I just want to be there, be supportive and be there if he needs me. That’s really where my heart is.” 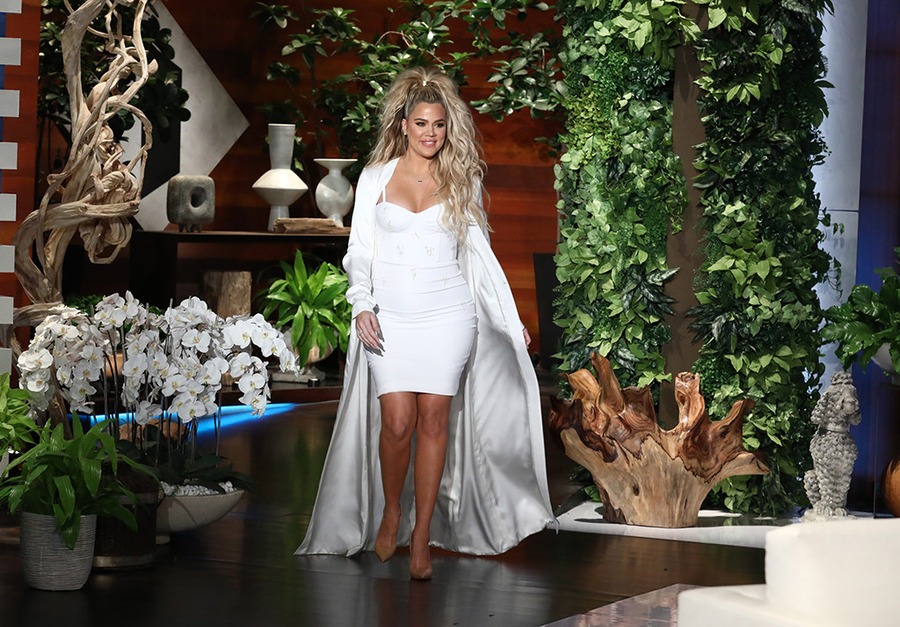 In 2018, Khloe Kardashian came clean about why she kept her pregnancy a secret for so long. “I just wanted to do something myself and write something that was heartfelt for me,” she said. “I’ve wanted to have a baby for so long and it’s just the perfect timing in my eyes. God always has His plan and I just wanted to do it on my time and when I felt comfortable to do so.” 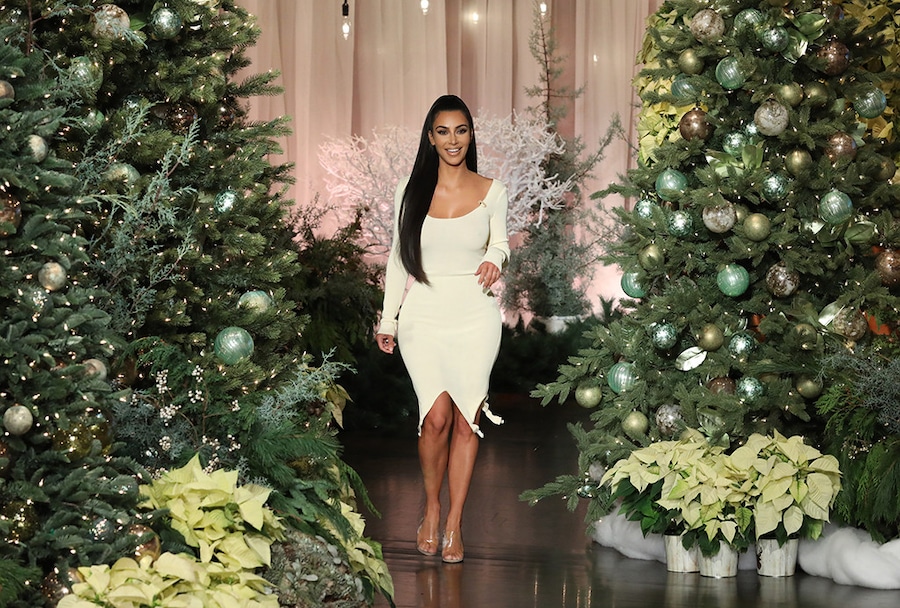 While chatting about her nearly naked Instagram pics, Kim revealed “And you could get in trouble with your husband sometimes over too many photos like that!” Kardashian added, noting that “it does” upset West on occasion. “It’s like half and half. Because he always wants me to be me and feel confident, and we’re having fun, but it also bothers him.” 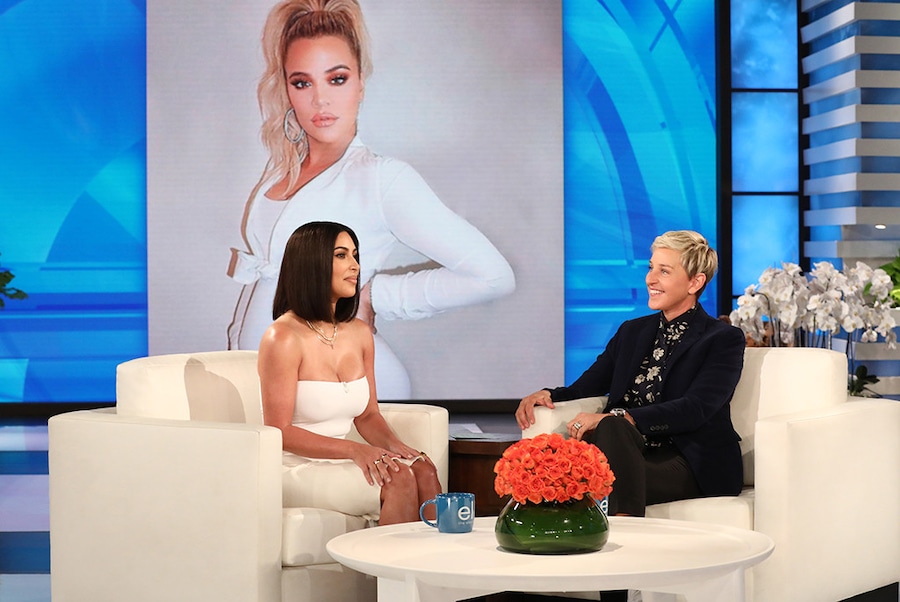 “Like I don’t even know how to describe it besides it’s just so f–ked up. We really were rooting for Khloe, and we still are…you know, she’s so strong and she’s doing the best that she can. It’s a really sad situation all over,” Kim told Ellen. “Because one day True’s gonna see this and you know…it’s so messed up,” 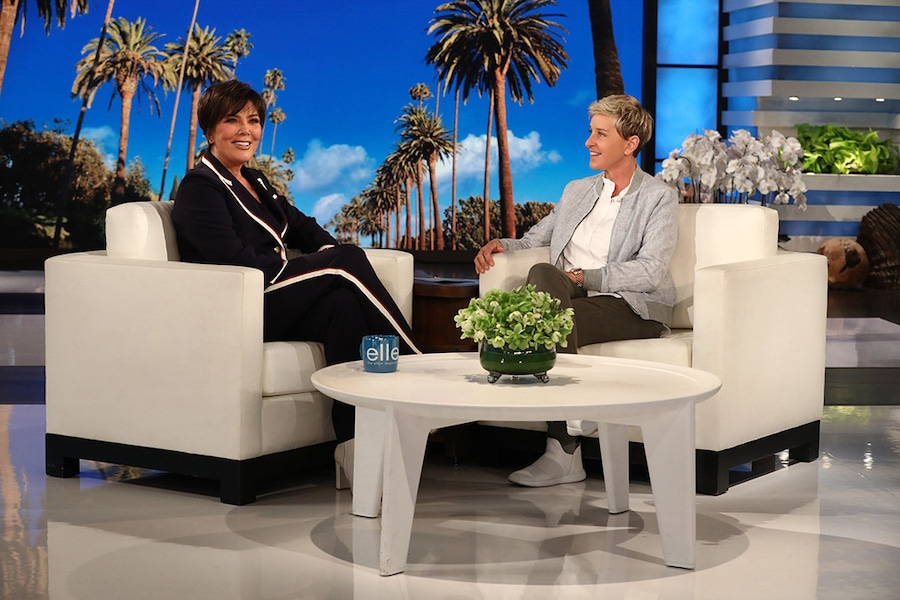 After Kanye caused controversy for saying “slavery sounds like a choice,” Kris told Ellen, “You know, Kanye has a lot of love for all of you, all of his fans, and everybody who’s been there to support him forever. And, I know that he will explain himself in his own way. And, I think that anything he does–and I just think this is important to say is–he always does things with really good intentions. So, I’m going to let him explain himself when the time is ready.”