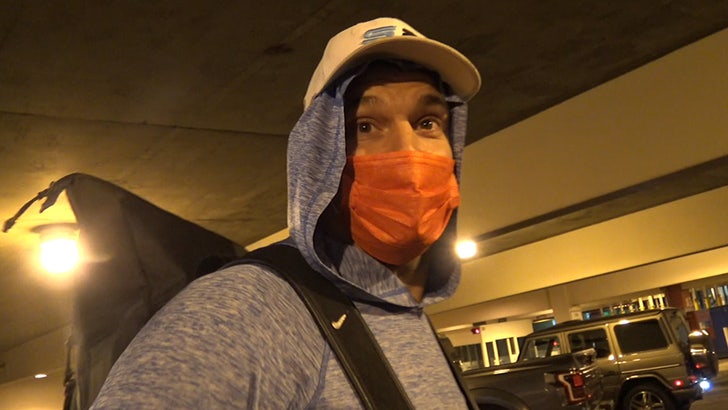 Gronk says it’s all possible after Edelman’s retirement from the Patriots … explaining he believes there’s a “69% chance” Julian’s a Buccaneer in 2021!

The future Hall of Fame tight end made the revelation at LAX on Monday night — just hours after Julian hung up his Patriots spikes — saying he believes his former New England teammate ain’t done with the NFL yet.

Edelman, though, didn’t seem so sure of that on Monday … in his retirement announcement, Julian explained injuries just won’t let him go any further with his football career.

But, Gronk knows Julian as well as anybody — the two were Pats teammates from 2010 through 2018 — and he made it pretty clear he doesn’t think Edelman’s REALLY done.

If somehow it is the end of the road, Gronk said Julian is 100 percent a Patriots Hall of Famer … though he added he’s not sure if Edelman is a lock for the Pro Football Hall of Fame yet.

“I definitely think he has a great possibility to be a Hall of Famer,” Rob said. “He’s a beast. And the numbers just don’t show everything that he brings to the table. The attitude, the competitiveness that he has.”

As for Gronk’s future — he’s coming back to Tampa in ’21 — but could he be doing it with a fiancee?!

Check out the clip, does Rob’s answer on Camille Kostek make him seem like a man that’s about to propose????