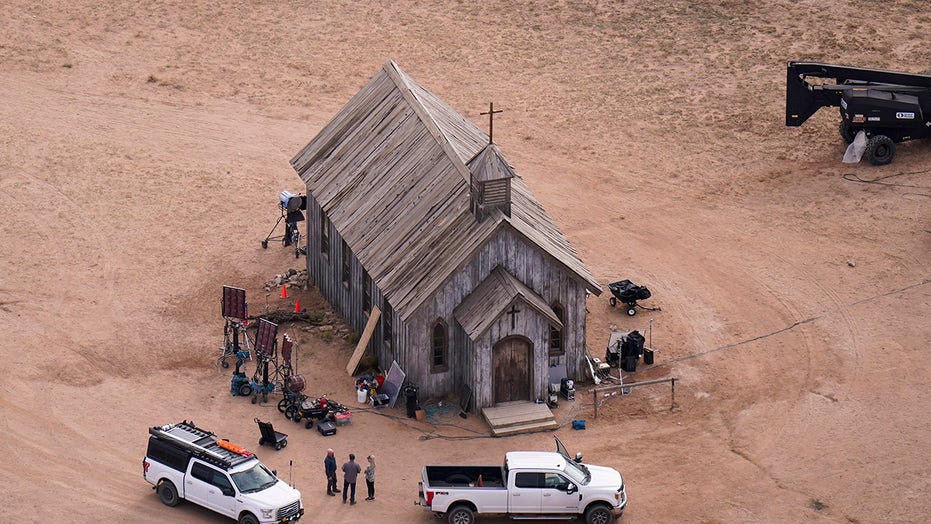 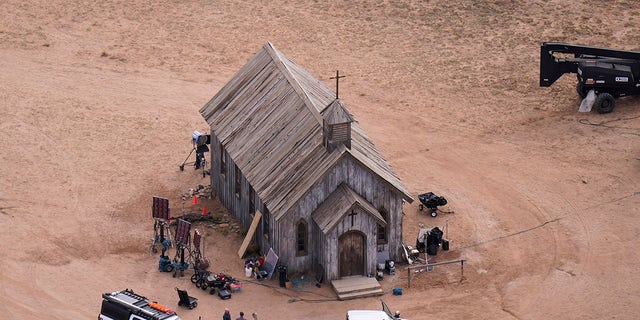 The Santa Fe County Sheriff’s Department recovered more ammunition and more weapons from the set of "Rust." Cinematographer Halyna Hutchins was shot and killed by actor Alec Baldwin on set after he accidentally fired a revolver. Director Joel Souza was also injured in the shooting.
(AP Photo/Jae C. Hong)

Rios did not know the amount of ammo removed from the film set. Sheriff Adan Mendoza revealed during a press conference Wednesday that 500 rounds of dummies, blanks and live ammunition rounds was previously seized from the set.

Actor Alec Baldwin accidentally shot and killed cinematographer Halyna Hutchins last week after he was handed what he believed to be a “cold gun” by assistant director Dave Halls. Per the Associated Press, Halls was unaware live rounds were inside the firearm, according to an application for a search warrant executed by the Santa Fe County Sheriff’s Office.

A third search warrant from the Magistrate Court County of Santa Fe released on Wednesday said that the film’s armorer, Hannah Gutierrez, examined the on-set guns on the day of the incident to ensure that they were not “hot,” an industry term meaning loaded with ammunition or blanks.

The guns were then secured in a safe on a “prop truck,” per the warrant. However, during lunch, ammunition was left unsecured on a cart on the set.

According to the search warrant, a woman named Sarah Zachry, who is believed to have served as the prop master on “Rust,” removed the guns from the safe in the truck after lunch and handed them to Gutierrez, Gutierrez said.

Zachry, who was first mentioned in the third search warrant executed by the Santa Fe Sheriff’s Department, has also been interviewed by police about the fatal shooting of Hutchins, Fox News has confirmed. 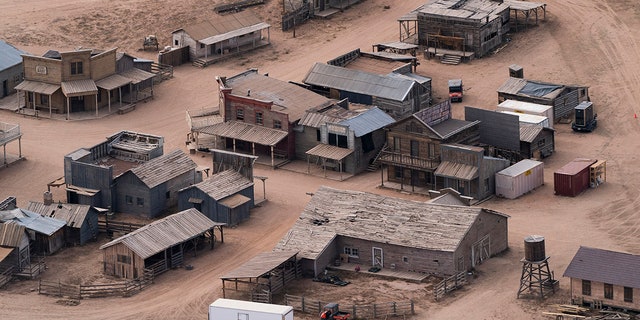 Santa Fe County Sheriff’s deputies have also interviewed Sarah Zachry, who is believed to be the prop master from the set. Zachry handled the firearm before Baldwin accidentally discharged it, according to an affidavit released by police.
(AP Photo/Jae C. Hong, File)

“She’s another individual who is being interviewed who had contact with the firearm, it seems like,” Rios told Fox News.

Zachry has not been mentioned in any press conference or interviews given by the Santa Fe Sheriff’s department to this point in the investigation. The sheriff’s office declined to give a reason. Rios didn’t know what day Zachry was interviewed.

Zachry’s name was first released to the public as the sheriff’s office conducted a third search of the New Mexico film set.

Zachry recently handled props on another film shot in New Mexico, “Dead for a Dollar.”

“Sarah was a member of our props department and worked on our film for approximately five to six days,” Carolyn McMaster with Chaos A Film Company told Fox News in a statement.

“She performed all of her assigned tasks in a professional manner and followed all safety protocols.”