Selena Gomez recently revealed a brand new tattoo, and it turns out that her friend Cara Delevingne got a matching one! The two celebrities’ body art is noticeably similar to another star’s ink… Gomez’s ex-boyfriend, Justin Bieber. Here’s everything you need to know about the tattoos.

On Dec. 29, famous tattoo artist Keith “Bang Bang” McCurdy made an Instagram post showing off ink he recently did for Selena Gomez. Bang Bang has 2.5 million followers on Instagram, and according to his website, he “has tattooed Rihanna in the tropics, Lebron James in his basement, Cara Delevingne on a roof, Katy Perry in Stockholm’s Abba Museum, and Justin Bieber on a plane at 30,000 feet.”

The post shows Gomez from behind, wearing a black fur coat backward to showcase the ink without revealing too much skin. Her short hair is slightly parted to reveal a massive new tattoo of a watercolor rose made to look like it’s dripping from the Wizards of Waverly Place star’s neck down her back.

Bang Bang captioned the post, “Watercolor on @selenagomez Thank you for always being wonderful🖤.” 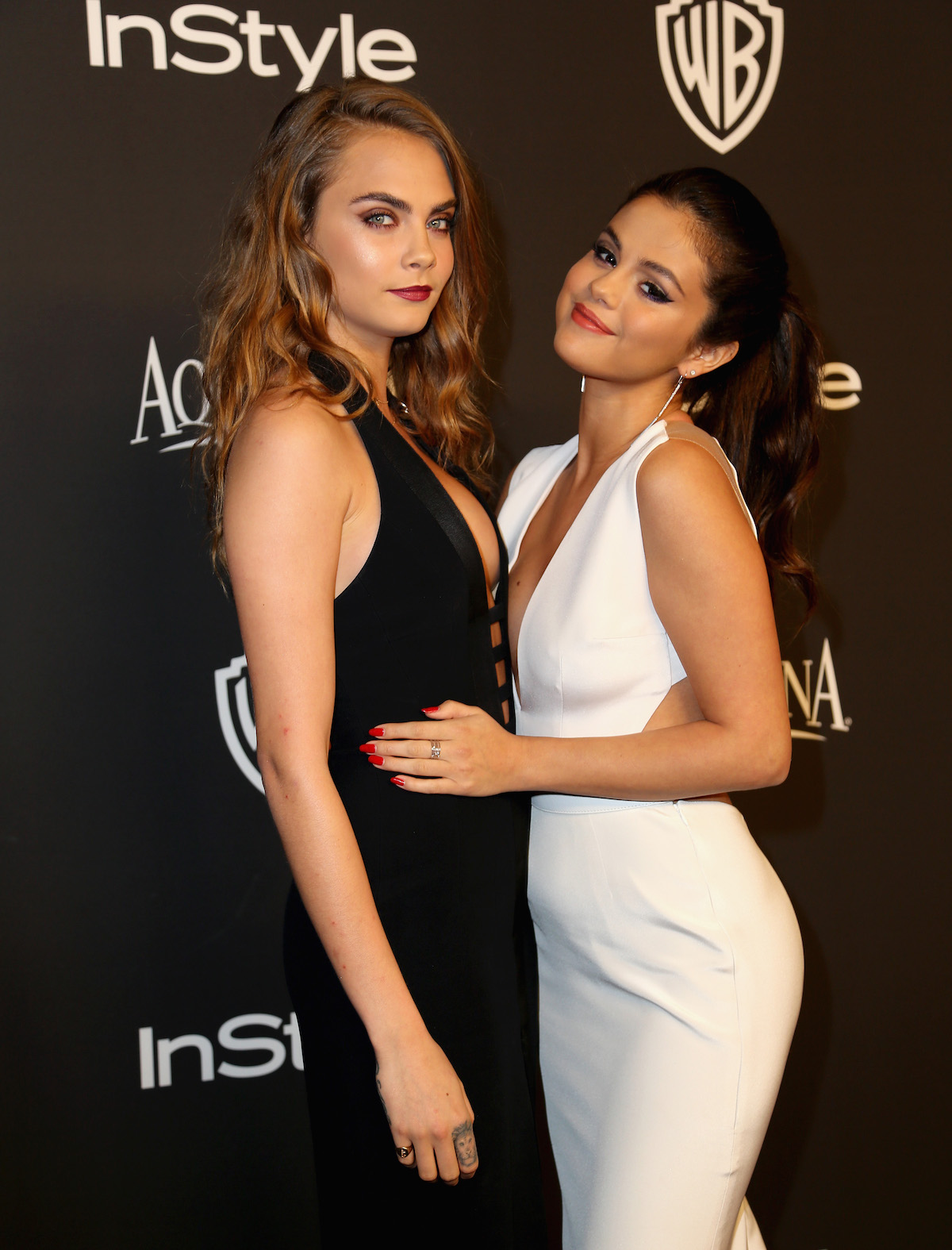 Cara Delevingne got a rose tattoo to match her friend

The same day he showed a photo of Gomez’s ink, the artist made a separate Instagram post revealing that he did a matching tattoo for her famous friend, model and actor Cara Delevingne.

In the video, Delevingne poses topless with one arm covering her breasts to show off her watercolor rose. While her ink is almost an exact replica of Gomez’s, the Suicide Squad star opted to put hers on her right ribcage instead of her back.

Cara Delevingne and Selena Gomez’s matching tattoos are strikingly similar to the ink that Gomez’s famous ex, Justin Bieber, has on his body.

Bieber has not just one but several tattoos of roses. The most noticeable is a thorny rose on the right side of his neck. The ink starts just below his chin and trails down nearly to his collarbone. Bieber has another rose on his left arm and yet another on his right bicep.

In a March 2021 interview with Vogue, Bieber opened up about what the roses symbolize for him. “The rose on my neck from Doctor Woo reminds me that even though I’m flawed, beauty shines even through our rough edges,” the “Stay” singer revealed.