Selma Blair has revealed she was told to ‘make plans for dying’ as she shared an insight into her battle with Multiple Sclerosis, in a stirring trailer for her upcoming documentary.

Introducing Selma Blair will chart the actress’ journey following her MS diagnosis and treatment, as she undergoes a stem cell transplant to hopefully help her improve, as well as chemotherapy.

MS is a lifelong condition that damages nerves in the body and makes it difficult for sufferers to do everyday things, including walking, talking and eating. There is currently no cure, with symptoms including fatigue, issues with vision and difficulty walking.

In the intimate two-minute teaser for the Discovery+ documentary – to be released in October in the US – Blair shared her candid thoughts on her battle, revealing the toll treatment has taken on her body.

She said: ‘I would like it to be as dramatic as I am. I was told to make plans for dying.

‘Not ’cause I have MS, because I’m fighting MS.’ 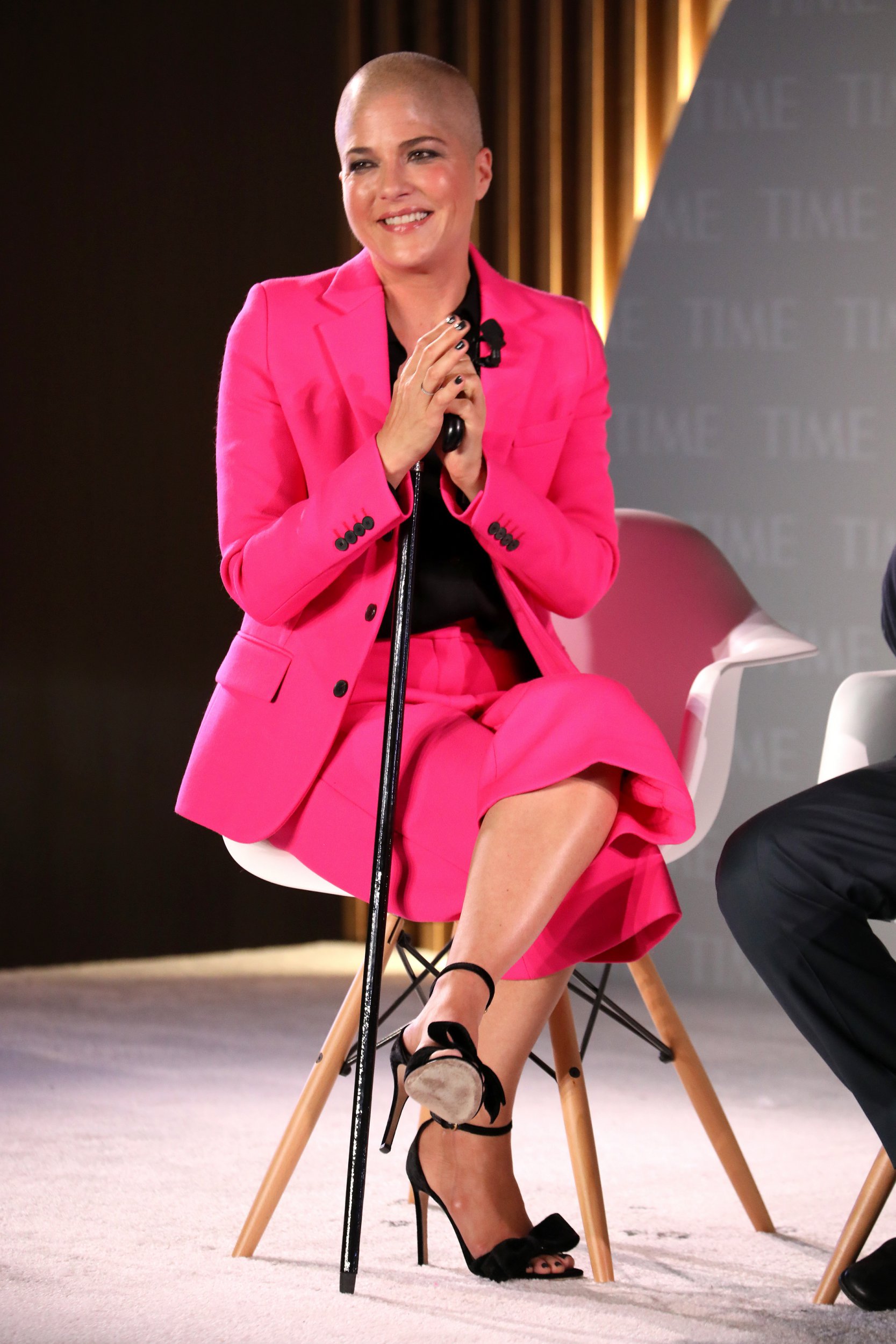 Blair – who shared her diagnosis with the illness in 2018 – was seen in the clip going between cracking irreverent jokes to struggling to walk and climb the stairs.

In an emotional scene, she says on the phone: ‘You know how you called me maudlin before? You ain’t seen nothing yet!’

In another, the Legally Blonde star was seen lying on the floor as she joked: ‘I’m trying to look dead for a dramatic ending.’

Revealing her diagnosis, Blair said she had been suffering with flare-ups since the birth of her son in 2011 and initially struggled to get doctors to take notice – but was finally diagnosed following an MRI scan seven years later after 20 MS-related lesions were found on her brain.

She said: ‘I have #multiplesclerosis . I am in an exacerbation. By the grace of the lord, and will power and the understanding producers at Netflix, I have a job. A wonderful job. I am disabled. I fall sometimes. I drop things,’ she said on Instagram at the time.

‘My memory is foggy. And my left side is asking for directions from a broken GPS. But we are doing it. And I laugh and I don’t know exactly what I will do precisely but I will do my best.

‘I have probably had this incurable disease for 15 years at least. And I am relieved to at least know. And share [sic].’

Earlier this week Blair shared her support for her The Sweetest Thing co-star Christina Applegate who revealed she had been diagnosed with the illness.

The Dead To Me and Friends actress shared her news on social media, explaining that it has been a ‘strange journey’.

‘Hi friends. A few months ago I was diagnosed with MS. It’s been a strange journey. But I have been so supported by people that I know who also have this condition,’ Applegate tweeted.

‘It’s been a tough road. But as we all know, the road keeps going. Unless some a*e blocks it.

‘As one of my friends that has MS said “ we wake up and take the indicated action”. And that’s what I do.

‘So now I ask for privacy. As I go through this thing. Thank you xo.’

As many flooded the star’s post with heartfelt messages, Blair wrote: ‘Loving you always. Always here. As are our kids. Beating us up with love.’

Applegate replied: ‘I love our two weirdos. They are so fun.’