The ‘Game of Thrones’ actress looked cozy as she and her husband grabbed lunch in New York City on a fall day.

Sophie Turner and Joe Jonas were bundled up for an autumn walk together in New York City together on Sunday November 14. The pair went for a romantic lunch at Cafe Leon, and then went for some shopping on the chilly Sunday morning. The 25-year-old actress looked gorgeous in her casual, makeup free look, while the pair were out and about in Manhattan, after attending Taylor Swift’s afterparty from her performance on Saturday Night Live. 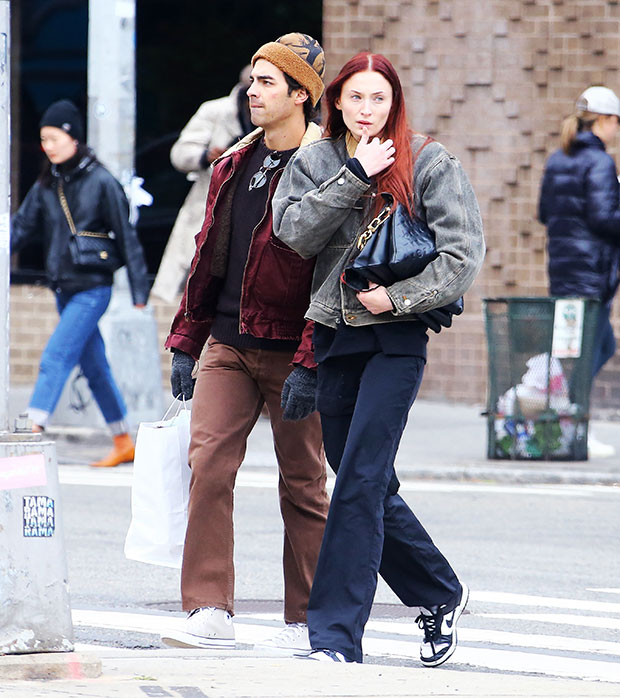 The X-Men: Dark Phoenix star rocked a gray denim vest for the outing. She also wore dark pants, Nike sneakers and carried a black leather bag while they were out. Joe rocked a dark red winter jacket, with a beanie and brown pants. He also sported a pair of white converse sneakers and gloves, as he carried a shopping bag with his wife. 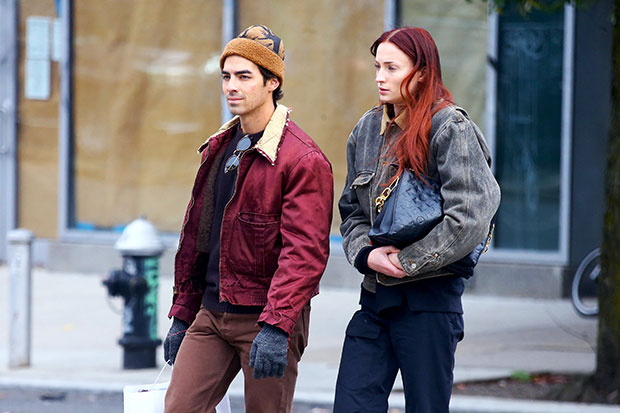 Joe and Sophie also went to the afterparty for SNL the night before at L’Avenue at Saks, after attending the night’s taping, where musical guest Taylor Swift played the 10-minute-version of her epic song “All Too Well.” Sophie wore a stunning open-yellow vest with matching pants to the party with her husband.

Sophie and Joe have spent lots of quality time together as couple. The husband and wife did a sweet couples costume as Paolo and Isabella from The Lizzie McGuire Movie for the Halloween. The pair looked adorable as the characters played by Yani Gellman and Hillary Duff. The pair also shared a photo of themselves wearing matching baseball jerseys, when the Jonas Brothers performed at Boston’s Fenway Park on October 1. The couple, who’ve been married since 2019, shared a sweet onstage kiss in the stadium.

The couple have also spent plenty of time with their one-year-old daughter Willa. Sophie was spotted, adorably smiling while holding her daughter while out to lunch on October 6. Joe was also seen, holding and carrying his daughter, while enjoying a beach day in Miami on October 16.