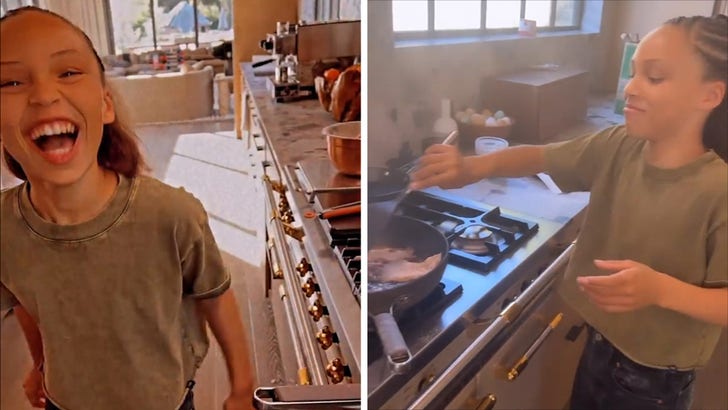 It’s apparently like mother, like daughter in the Curry household … because 9-year-old Riley Curry showed she’s got mad skills in the kitchen just like momma Ayesha!!

Steph‘s wife posted video of her daughter killin’ it with the utensils on Tuesday night … revealing the chef blood apparently runs strong in the Currys. 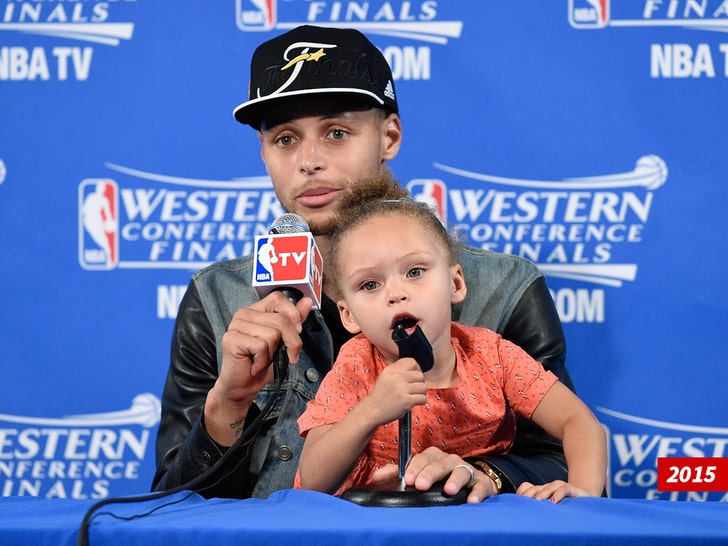 Little Riley — who’s all grown up since she famously went viral at Steph’s playoff games years ago — whipped up chicken piccata with mashed potatoes and veggies … and it all looked amazing.

Riley dusted the chicken with flour all on her own and fried it up herself — with Ayesha saying on the video, “I’m so dang proud! I literally did nothing!” 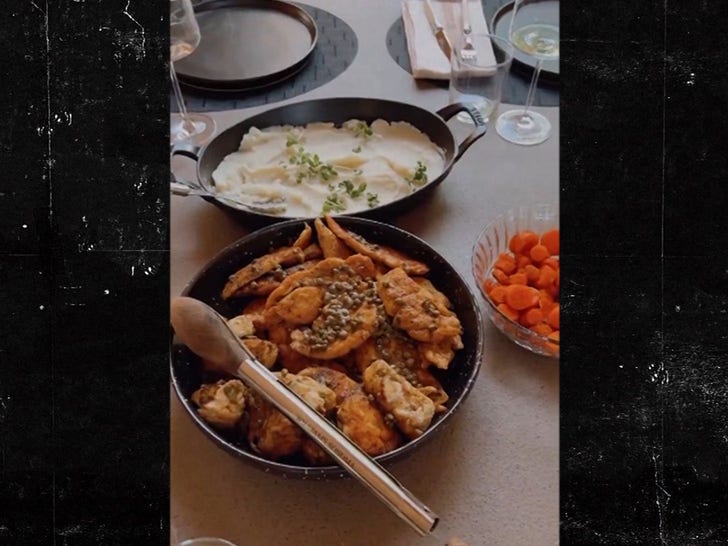 The meal also included halibut … and Riley shouted out her mom — who, if you weren’t aware, is a wizard in the kitchen — for the lessons that led up to the finished product.

“I learned from the best,” Riley said on camera as her mom gushed.

Riley topped off the meal with some sparkling grape juice — and judging by the plates set up on the dinner table, it appears Steph was able to indulge in his daughter’s dishes as well.

Unclear if Riley is also getting hoop lessons from dad … but if she takes those as well as her mom’s cookin’ classes — someone make Geno Auriemma aware ASAP!