Sunny Hostin took Hilaria Baldwin to task on ‘The View’, calling out Alec’s wife for ‘faking her identity’ by pretending to be from Spain.

The View co-host Sunny Hostin weighed in on Hilaria Baldwin‘s cultural appropriation scandal, accusing the yoga influencer of faking her Spanish roots to “make herself more exotic and successful.” The drama erupted at the end of December, when Twitter user @LeniBriscoe revealed that Hilaria, who speaks with a Spanish accent and frequently references her family in Mallorca, was actually born Hillary in Boston to American parents.

Alec Baldwin‘s wife denies ever saying that she was from Spain, but has not corrected anyone else that says she’s Spanish. She’s appeared on the cover of Spanish-language magazines like ¡Hola!, and both her Creative Artists Agency and IMDb biographies say that she was born in Mallorca, Spain (IMDb has since been changed to Boston, Massachusetts). As for a viral clip of Hilaria making gazpacho on TODAY and asking Telemundo’s Evi Sisko for the English word for “cucumber” — she claims she was just nervous to be on television.

Yes, her parents do reside in Mallorca. They just moved there in 2011, when she was 26. Hilaria and her family visited the country yearly, and she told The New York Times that it became part of her cultural identity. “Who is to say what you’re allowed to absorb and not absorb growing up?” That’s where Sunny wasn’t having it. “There’s a difference between appreciation and appropriation,” The View co-host said. “I’m actually questioning it because she was very flippant in her explanation.”

“I think it’s a big deal because this is about the fetishizing of Spanish women and Latina women. It’s not just the fake accent which, in and of itself, is terrible,” Sunny explained. “She faked an entire identity. She intentionally culturally appropriated Spanish culture and used the culture for branding, to make herself more exotic and successful. She took up space, in that sense, from Latina women, from Hispanic women.” 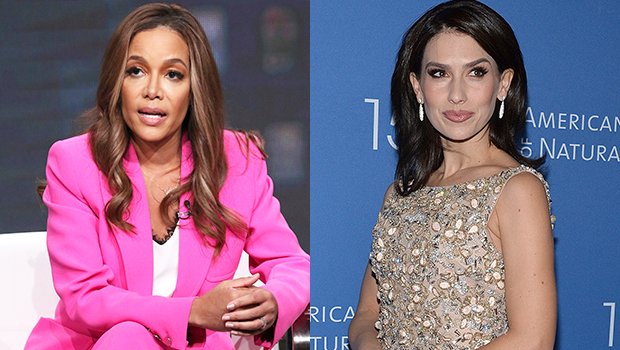 Sunny mentioned that in April 2020, Hilaria implied on the Mom Truths podcast that she moved to the United States when she was 19 to attend NYU. In reality, she had moved from Boston to New York City. “I think that any success she’s had is stolen success,” Sunny concluded. While not all of the co-hosts agreed with, Meghan McCain sided with her on her first day back from maternity leave. “I actually think this is quite serious,” Meghan said.